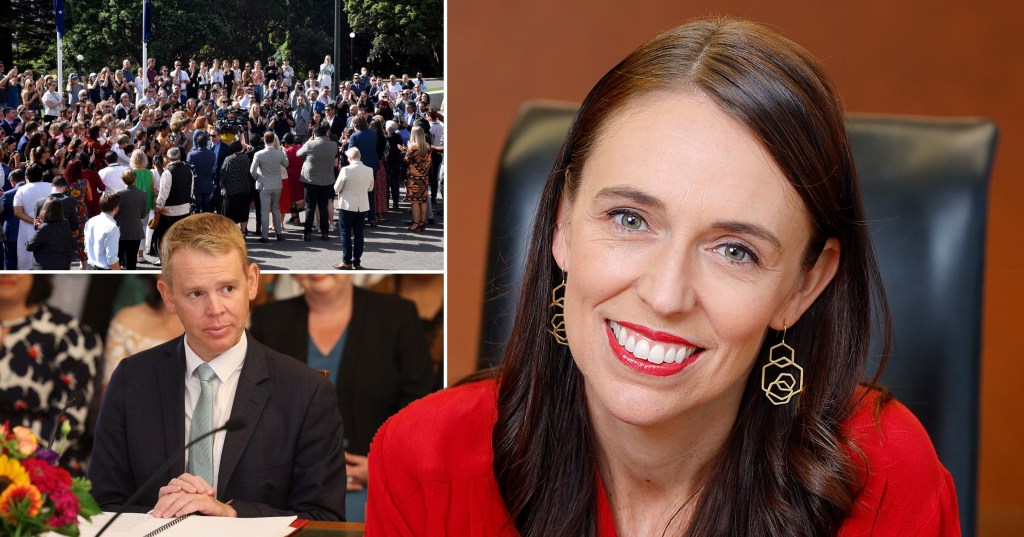 Jacinda Ardern said she would miss the people because they had been the ‘joy of the job’ (Picture: Getty Images/Reuters)

Chris Hipkins has been sworn in as the island nation’s 41st leader after his predecessor said she no longer had ‘enough in the tank’ to fulfil the demanding role.

Huge crowds gathered to see Ms Ardern’s final public appearance as prime minister on Tuesday after she became a global star of the left over the years.

Many asked her for autographs, selfies or hugs at an annual gathering of politicians and Maori elders in Rātana.

The smiling 42-year-old said being New Zealand’s prime minister had been the ‘greatest privilege of my life’.

She added that the thing she would miss most was the people because they had been the ‘joy of the job’.

But she said she was ‘ready to be a backbench MP, a sister and a mum’, before submitting her resignation as prime minister to the governor-general at Government House today.

Trading standards officials see illegal vape sales as a top threat to high streets (Picture: PA) Shops illegally selling vapes to children as young as 12 are on the rise, according to consumer officials. Hundreds of thousands of vapes sold illegally to under-18s were seized by Trading Standards teams in England and Wales across 2021. […]

Ah, London (Picture: Nicolas Van Patrick / SWNS) Remember the £85,000 Knightsbridge parking space that was put up for sale last year? Well, it’s on the market again and for £15,000 less this time around. Such a steal! Prospective buyers will probably want a car that’s on the small side, however. Otherwise, you’ll have a […]