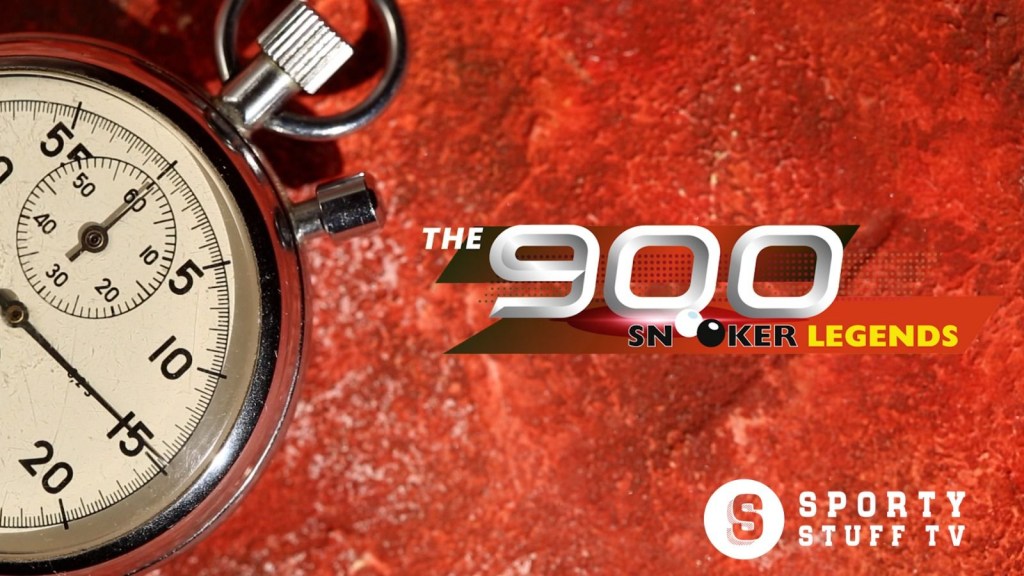 The 900 has been a big hit in its debut season

The debut season of The 900 is coming to a close on Wednesday night and after making quite the impact on the amateur snooker scene, we can expect to see plenty more of it in the future.

The late-night, fast-paced action has been cracking entertainment, from Dennis Taylor rolling back the years, to talented teenage prospect Alfie Lee shining on television for the first time.

We’ve also been treated to seeing the likes of fan favourite Tony Drago, star of disability snooker David Church, Emma Parker and Maria Catalano representing the women’s game and a host of recognisable names who have fallen off the professional tour.

It is no surprise that there has been plenty of interest from amateur players with each weekly winner picking up £1,500 and those eight players returning this Wednesday for a crack at the £10,000 top prize.

The force behind The 900, Jason Francis, explained: ‘It’s the biggest prize ever in amateur snooker.

For the still uninitiated, The 900 is similar to the Snooker Shoot Out on the professional tour, with 15 minute frames, a 20 second shot clock and a few other tweaks like a spotted cue ball and ball in hand for a foul.

The weekly contests are played Monday-Wednesday from 10pm-1am live on Sporty Stuff TV, hosted by the excellent team of Rachel Casey, Neal Foulds and Lee Richardson, with the likes of Reanne Evans and Ali Carter also popping in.

The champion each Wednesday books their spot on Finals Night and one of those players to come through was former world number 32 Martin O’Donnell, who has been thoroughly impressed with the tournament and the opportunities it is affording amateur players.

‘It’s a good set-up, I enjoyed playing in it,’ he told Metro.co.uk. ‘There’s no crowd but it’s exciting. Having a clock on it makes people a bit nervous and there’s good money at stake for it. It’s a great event.

‘When you’re off tour as an amateur, you’re feeding off scraps a little bit, we all have to do something on the side because it’s hard to earn a living, pretty much impossible really until this came out. So whoever picks up the winner’s cheque on Wednesday night will be very, very happy.

‘This is a bonus that came out of nowhere, none of us were expecting it. What Jason, the sponsors and Sporty Stuff TV have done is amazing, it’s given people a real buzz.’

Martin O’Donnell came through his week of action and is into the finals (Picture: Getty Images)

Adding The 900 to the calendar has made amateur snooker suddenly more viable, with the Q Tour, the English Amateur Tour and Pro-Ams returning after …read more

Buying a candle for Christmas? We’ve got an option for everyone

Which will light your fire? (Picture: Yappy/EYM/Caiyu) This article contains affiliate links. We will earn a small commission on purchases made through one of these links but this never influences our experts’ opinions. Products are tested and reviewed independently of commercial initiatives. Who doesn’t love a candle? They set the mood, make a room cosy, […]

Jude Bellingham is valued at around £150m (Photo: Getty) England sensation Jude Bellingham should avoid moving to a Premier League club – at least not for a few more seasons. That is the advice that Everton star and pundit Andros Townsend has given to the 19-year-old midfielder who is widely considered to be one of, […]

To view this video please enable JavaScript, and consider upgrading to a web browser that supports HTML5 video Kanye West has released a series of videos promoting his aspiration to run for President of the US in 2024, having asked Donald Trump to be his running mate. This week, the Gold Digger rapper confirmed his […]