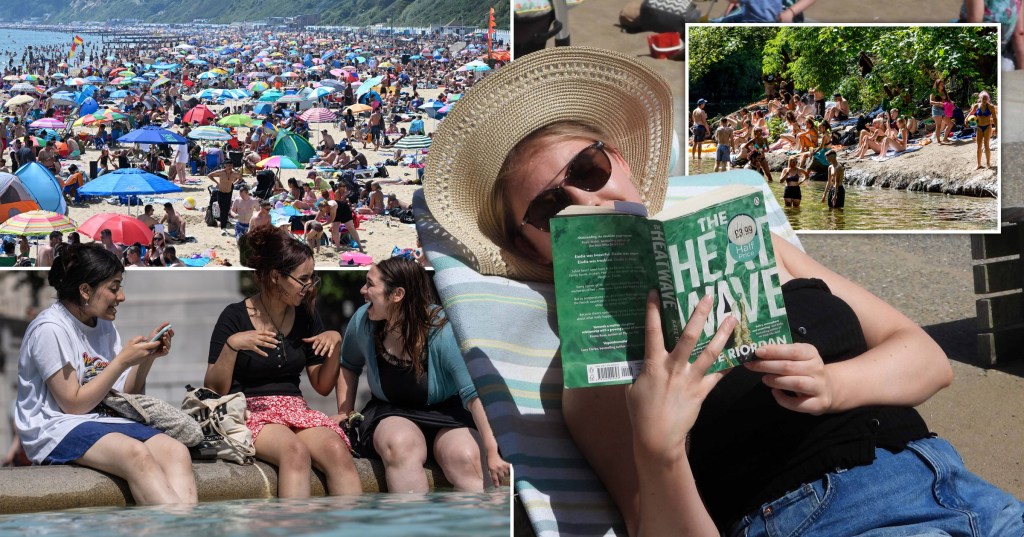 The UK recorded its hottest day of the year for the third day in a row on Friday as temperatures soared to 32.7C.

The Met Office said Santon Downham in Norfolk recorded the highest temperature, followed by London’s Heathrow Airport and Kew Gardens which both basked in 32.4C heat.

They surpassed Thursday’s high of 29.5C, recorded in Northolt, west London, and the 28.2C recorded at Kew on Wednesday.

Annie Shuttleworth, forecaster at the Met Office, said Royal Ascot just missed out on its hottest day ever, with Friday’s high of 32.7C falling marginally short of the 32.8C seen in 2017.

Thanks to the high temperatures, men in all enclosures at Ascot were allowed to remove their jackets and ties once the traditional royal carriage procession had ended.

Although some in Wales are also enjoying sweltering heat as Cardiff recorded 28.4C (83F), in Northern Ireland the warmest temperature recorded was 17.5C (63F) in Glennane, Co Amargh.

Crowds are seen enjoying the hot weather on the beach in Bournemouth (Picture: Getty)

Racegoers celebrate after watching a race on the fourth day of the Royal Ascot (Picture: AP)

As the mercury soared in England, health alerts were issued for parts of the country, and Network Rail warned services could be disrupted.

The UK Health Security Agency issued a Level 3 heat-health alert for London, the East of England and the South East in order to protect health services, which remains in place.

Network Rail warned services may experience delays and disruption on Friday because of the heat, which can cause overhead wires to sag and the steel rails to buckle, and advises people check before they travel.

‘We can’t change the weather, but it can change your plans,’ Network Rail said on its website.

People cool off beside the fountains in Trafalgar Square (Picture: AFP via Getty)

Beaches up and down the country were swamped (Picture: Getty)

Children play in a fountain as they enjoy the warm weather in London (Picture: AP)

Temperatures are predicted to fall by 15c over the weekend.

Ms Shuttleworth said: ‘The weekend is expected to have much cooler temperatures, with parts of the Midlands and central areas of the UK having the most significant changes.

‘They’ll be closer to 16C or 17C tomorrow, so that’s 15 degrees cooler. Across parts of the Midlands there’ll be some relatively persistent rain and we’re also expecting that across parts of Wales and the southern areas tomorrow afternoon.

‘The far south coast should hold on to the hot weather, so could see highs of 30C tomorrow close to Portsmouth.

A person uses a hand held fan to cool down while travelling on the London Underground (Picture: Reuters)

People in the sunshine along The Thames Path (Picture: Rex/Shutterstock)

…read more Source:: Metro        (Visited 8 times, 1 visits today)British tourist ‘glassed girlfriend with bottle after arriving at Ibiza airport’ He was reportedly detained after flight crews informed the police about an incident shortly after the plane touched down (Picture: Getty) A British holidaymaker was…San Jose: Driver dies from crashing into front of Home […]

To view this video please enable JavaScript, and consider upgrading to a web browser that supports HTML5 video A UK charity has launched a program to provide thousands of iPads to visually impaired children around the country. Following a successful pilot scheme last year, the Tech for All program from the charity Guide Dogs is […]