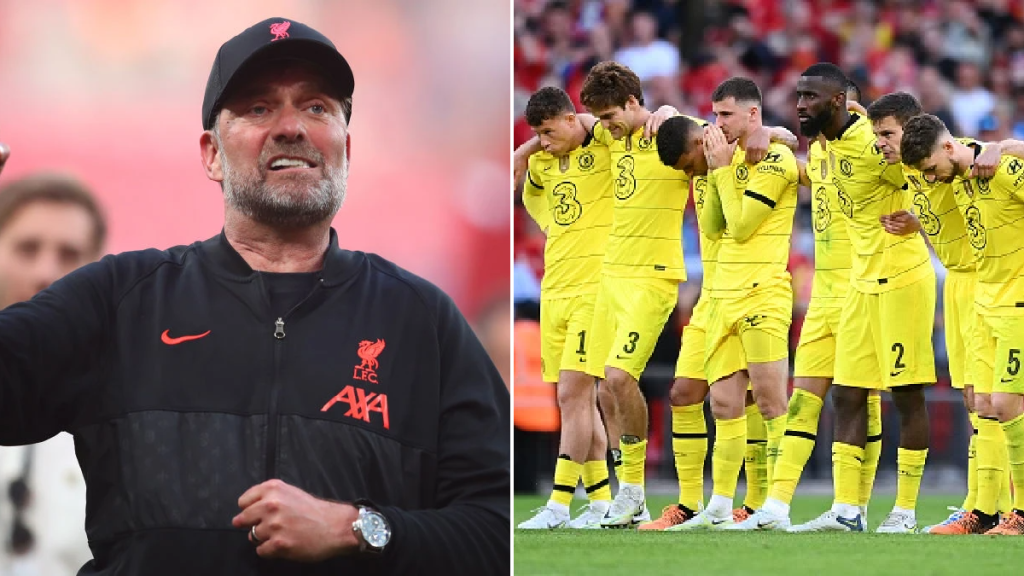 The Reds’ hopes of securing a historic quadruple are very much alive after Klopp’s side beat Chelsea in another Wembley penalty shootout.

‘It’s heartbreaking to be honest for Chelsea,’ Klopp said. ‘In a shootout there must be a loser and they are unlucky again.

‘It was an incredible, intense game against Chelsea – they would have deserved it [the win] exactly the same way, like in the Carabao Cup – that’s how small the margins are.

‘I couldn’t be more proud of my boys, the shift they put in, how hard they fought, early changes.

‘All of these things, missing good chances, overcoming good moments from Chelsea, then having really good moments ourselves.

‘Then in the penalty shootout, it was nerve-racking, my nails are gone but I really feel for Chelsea – for the second time, 120 minutes and you get nothing, that’s too hard. But for us I’m pretty happy.

xQc continues to gamble with his audience’s patience (pic: xQc) Despite the controversy, xQc’s gambling partnership has apparently generated $119 million in wagers on his sponsor’s site.  xQc, the fifth most followed Twitch star on the platform, has landed himself in yet more hot water after taking up gambling again, despite admitting he was addicted […]

Hugh Jackman landed a Tony Award nomination for his stint in the Music Man (Picture: Getty) The Tony Awards nominations have been announced ahead of this year’s ceremony, with MJ and A Strange Loop leading the pack. Ariana DeBose is set to host proceedings when the ceremony takes place on June 12 at Radio City […]