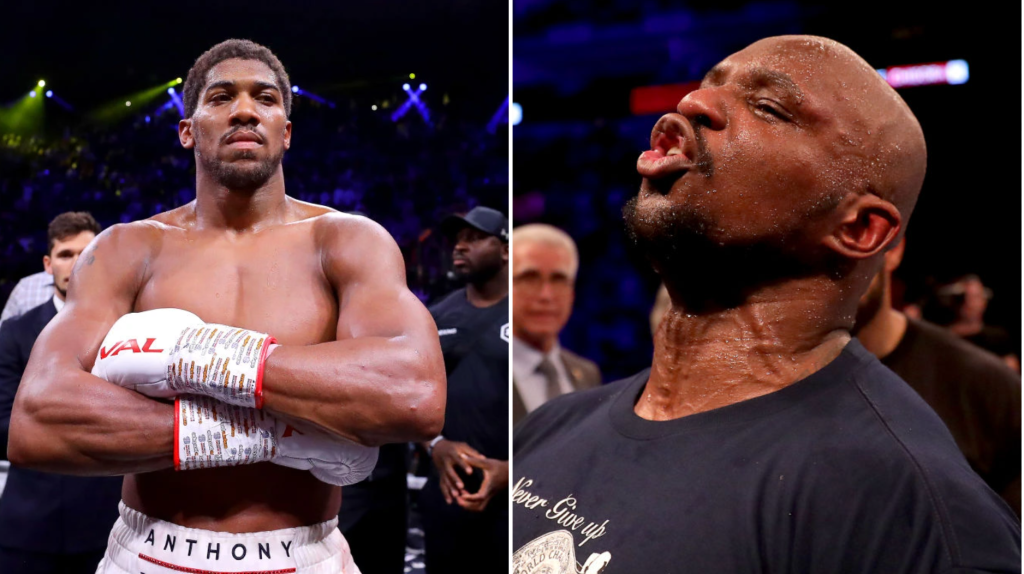 Joshua and Whyte were expected to fight again this summer (Picture: Getty)

Dillian Whyte says there have been no serious talks over a rematch with Anthony Joshua, insisting it is a ‘waste of time’ even talking about the proposed summer showdown.

Joshua is set to return to the ring on 1 April to take on Jermaine Franklin, the man Whyte secured a majority decision win over in November.

The former heavyweight champion has welcomed talk of a rematch with his old rival following their brutal battle in 2015 with promoter Eddie Hearn confident of delivering that fight this summer.

Whyte however has been left frustrated by a lack of communication over what is next for him.

‘AJ’s doing what he wants to do. Listen, if he really wants to fight me it’s not very hard to make,’ Whyte told Sportsmail.

‘It’s 1-1 and I’ve been chasing that fight for the last seven years. I don’t understand why we can’t get the fight on.

‘Eddie has talked a lot about the fight, but they couldn’t commit to actually making it. Waste of time talking about it! We’ve had no offer for that fight or serious talks. It’s very frustrating.’

After beating Franklin in November, Whyte expected talks for the Joshua rematch to take place in the weeks and months that followed.

Joshua’s plans to fight the American in the spring however with the Brixton heavyweight fearing he will be made a scapegoat should the rematch never materialise.

‘I win and then there’s no conversation about the AJ fight or nothing,’ Whyte said. ‘So obviously I’m not gonna sit around and wait and be used as a scapegoat like they did to me a couple years ago.

‘We are just looking to see what’s next and who’s next. I’ve had enough of waiting around.

‘I waited years and years as No 1 contender to fight that coward, fraud Wilder who avoided me and apparently is still scared to fight me which is pathetic.

‘That is the problem with boxing. Everyone should have to fight each other like in UFC.’

MORE : Anthony Joshua agrees fight against Jermaine Franklin and will make his return on 1 April

MORE : Roy Jones Jr reveals talks with Anthony Joshua over trainer role but backs Derrick James to be ‘right man for the job’

The midfielder will not play against Liverpool in the FA Cup on Sunday (Picture: Getty) Moises Caicedo has been banished from training by Brighton until the end of the transfer window following bids from both Arsenal and Chelsea. The Gunners had a £60million offer rejected out of hand on Friday, while Chelsea had previously had […]