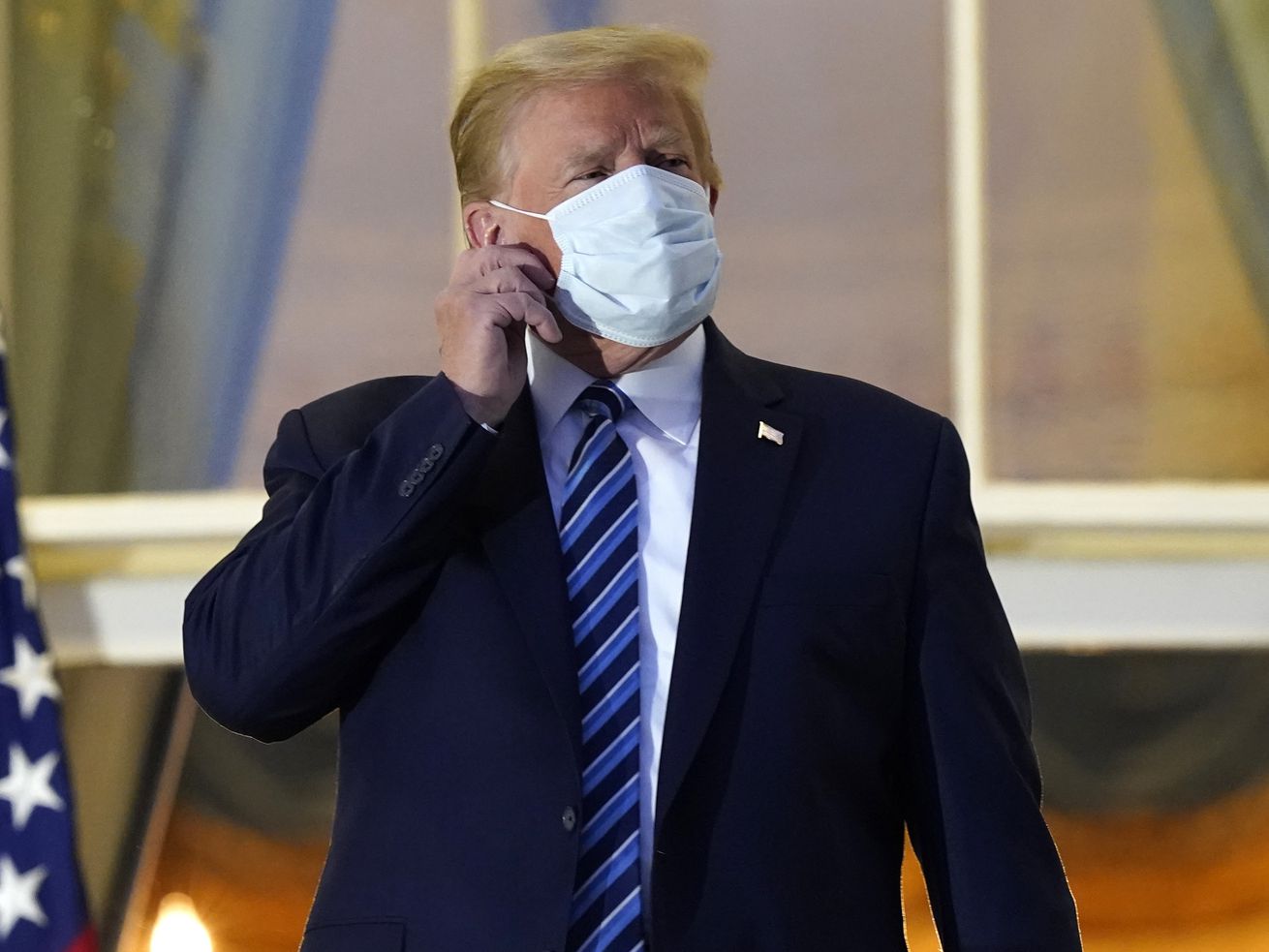 The president has been accused of taking COVID-19 too lightly, even after becoming infected

SALT LAKE CITY — When President Donald Trump told journalist Bob Woodward that he liked to downplay the novel coronavirus that has killed more than 200,000 Americans, critics said he was being irresponsible, dangerously so. Later, after the president became sick with COVID-19, they said they hoped Trump would take the virus more seriously.

But the president’s tone wasn’t changed by his illness. In videos and tweets, he remains cheerful and enthusiastic, and some of his supporters point to the influence of a minister and bestselling author who famously said, “If you change your thoughts, you will change your life.”

The Rev. Norman Vincent Peale, who died in 1993, was best known for writing “The Power of Positive Thinking,” but he was also the co-founder of “Guideposts” magazine and pastor of the New York City church that Trump’s family attended when he was young.

Conservative radio host Glenn Beck noted on his radio show this week that Trump’s attitude is consistent with a worldview the president learned from his father, Fred. That worldview, which Peale championed, remains prevalent in America today, so much so that the late L. Robert Kohls counted optimism as one of 13 core values that most Americans embrace.

But an ethic based on optimism also has a downside noted by the late Stephen Covey in “The 7 Habits of Highly Successful People.” Covey believed that positive thinking was part of the “personality ethic” that spread across America after the First World War. Covey said the personality ethic could be detrimental because it emphasized a person’s attitude and public-relations skills over the person’s character.

Similarly, Mary Trump, the president’s niece and author of “Too Much and Never Enough,” spoke of the dangers of “toxic positivity” in a recent Frontline interview.

The president’s supporters, however, say they are happy to have a leader who talks of courage and hope and looks for the positive in difficult circumstances. “I feel great, I feel, like, perfect,” the president said in a video released on Twitter Tuesday, following a weekend hospitalization for COVID-19. “I think this was a blessing from God that I caught it. It was a blessing in disguise.”

Alex Brandon, Associated Press
President Donald Trump salutes as he stands on the Blue Room Balcony upon returning to the White House on Monday, Oct. 5, 2020, in Washington, after leaving Walter Reed National Military Medical Center, in Bethesda, Md. Trump announced he tested positive for COVID-19 on Oct. 2.‘The greatest guy’

Donald Trump was 6 years old when “The Power of Positive Thinking” was first published, wrote Trump biographer Gwenda Blair in Politico Magazine. The book was ultimately translated into 15 languages and has never been out of print.

Fred Trump, the president’s father, also believed in positivity as a way of life, and occasionally took the family to services …read more

Summary List Placement It may be enticing to throw on any old pair of jeans before going for a hike but a proper pair of hiking pants makes a world of difference — and can easily make or break your time on-trail. The best hiking pants feature a combination of stretch fabric and a gusseted […]

Summary List Placement BarkBox is a subscription box filled with dog toys and treats. Since 2012, the popular boxes have been shipped to more than 2 million dogs. Prices range from $22 to $29 per month, and each box includes exclusive toys, all-natural treats, and a chew. I tested it with my dog Archie who […]

Amazon, Apple, Google, and Facebook all came out swinging against the House antitrust report that compared them to oil barons and railroad tycoons

Summary List Placement Big tech is getting ready to take on the House of Representatives. The House Democrats on Tuesday dropped a 449-page report following a year-long antitrust investigation, laying out what they view as the monopoly power wielded by Apple, Amazon, Google, and Facebook.  “Companies that once were scrappy, underdog startups that challenged the […]