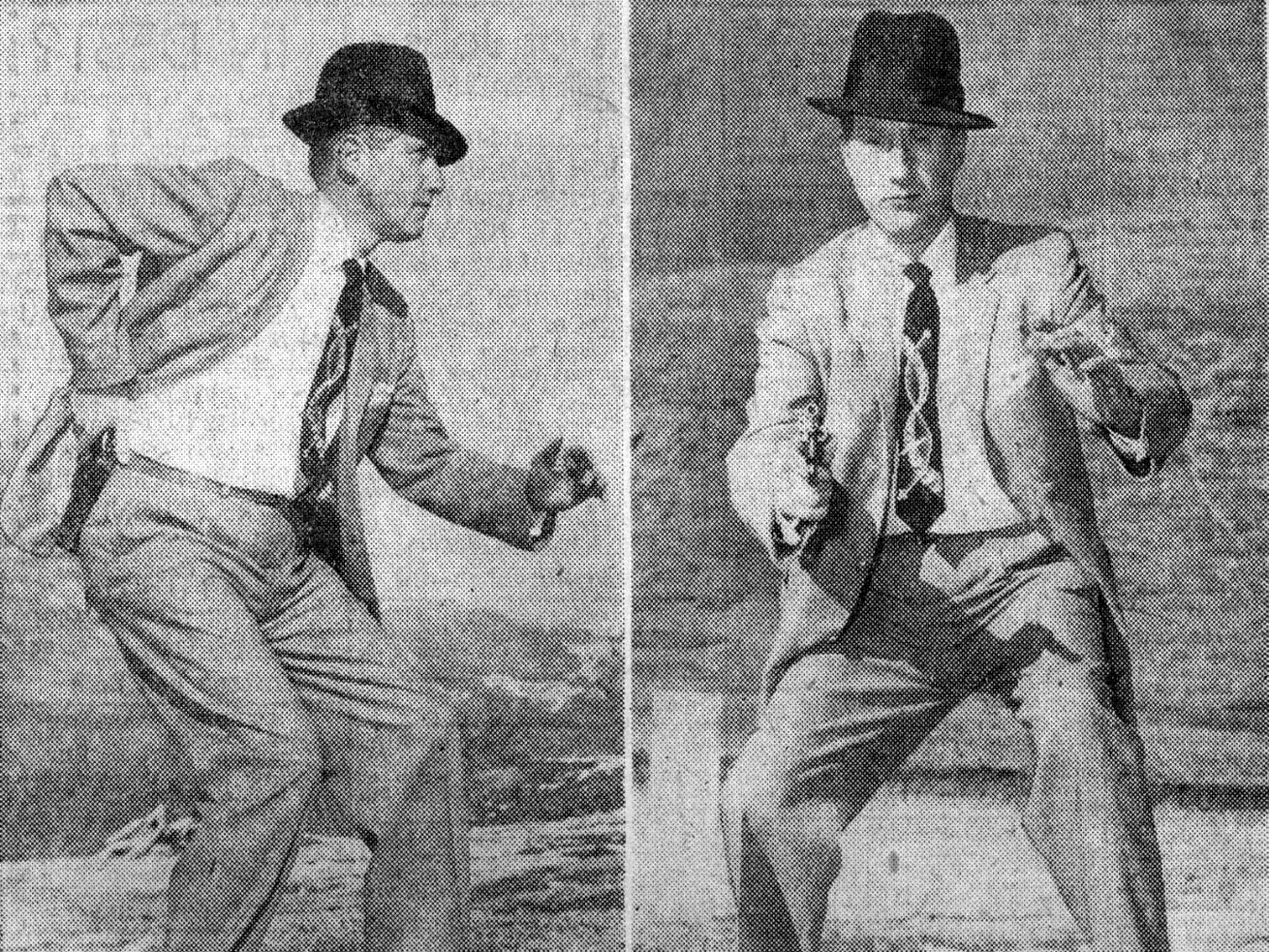 Mark W. Felt, pictured here as an FBI man on Jan. 22, 1958, rose through the ranks of the FBI and became a key anonymous source for Washington Post reporters Bob Woodward and Carl Bernstein who uncovered the Watergate scandal. Felt’s identity was kept secret for 33 years. | Deseret News archives

During the past week, the use of anonymous sources has been both attacked and supported with the publication of The Atlantic’s piece on President Trump

SALT LAKE CITY — On a cool evening in June 2005 alerts started coming into the newsroom of the Press Democrat in Santa Rosa, California, where I was working as an editor. Vanity Fair magazine had released a blockbuster story, identifying the key source in the Watergate scandal, a secret successfully kept hidden for more than three decades.

We snapped to attention because Felt had been living in Santa Rosa with his daughter Joan for 13 years and some of our reporters knew her. The identity of “Deep Throat” was one of the few remaining mysteries in one of the biggest stories of the century. Many had put forth theories about the identity of this key unknown Watergate figure. But this time was different; Felt’s family was involved.

The compelling account traced how Joan and the Vanity Fair writer had come to know that Felt, who was 91 at the time, was the anonymous source that helped guide Washington Post reporters Bob Woodward and Carl Bernstein through the reporting that eventually led to the resignation of President Richard M. Nixon.

With Felt’s permission, the Post confirmed the Vanity Fair account and Woodward penned the long-awaited compelling piece, How Mark Felt Became “Deep Throat,” one of the most consequential anonymous sources in modern U.S. history.

During the past week, the use of anonymous sources has been both attacked and supported following the publication of The Atlantic’s piece by executive editor Jeffrey Goldberg headlined: “Trump: Americans Who Died in War Are ‘Losers’ and ‘Suckers.’”

Goldberg, who said he’s followed the president’s reaction to the military for years, said four “excellent” sources provided him the information that led to the story. Reporters from other news outlets, including Fox News, said they confirmed some parts of the report, also with anonymous sources.

The White House refuted the story and said flatly, “It’s false.” It then collected and published on-the-record statements under this headline: “21 Officials, 14 from Paris Trip, Now on Record Refuting Anonymous Sources in False ‘The Atlantic’ story.” Some praised Trump’s actions with the military, his past responses or focused on a key part of The Atlantic piece.

Should anonymous sources be used?

Goldberg, who stands by his reporting, said this about the use of anonymous sources, in an interview that appeared in his magazine following the publication of the article: “It’s not a decision that should be made lightly. There are moral complications and ambiguities around granting anonymity to sources. But …read more

25 psychological tricks that will help you ace a job interview

Summary List Placement   Interviewers are people just like you. That means they’re susceptible to the same psychological preferences and cognitive biases that affect the rest of us. Simple tweaks to the way you speak and hold yourself can make you seem much more likable, competent, and hirable in their eyes. Read more: 10 ways to […]

Summary List Placement When it comes to retiring, conventional wisdom says you should wait until age 59½ to take money out of your 401(k) plan. But what if you need cash before then?  The good news: You can access your 401(k) funds sooner, a process the IRS calls an “early withdrawal.” The bad news: If […]

Summary List Placement iCloud is Apple’s online service that syncs data across your devices, and gives you access to features like shared photo albums, Apple Pay, Game Center, and continuity features like Handoff.  While you need to stay signed into iCloud for the service to work properly, there might be times when you want to […]