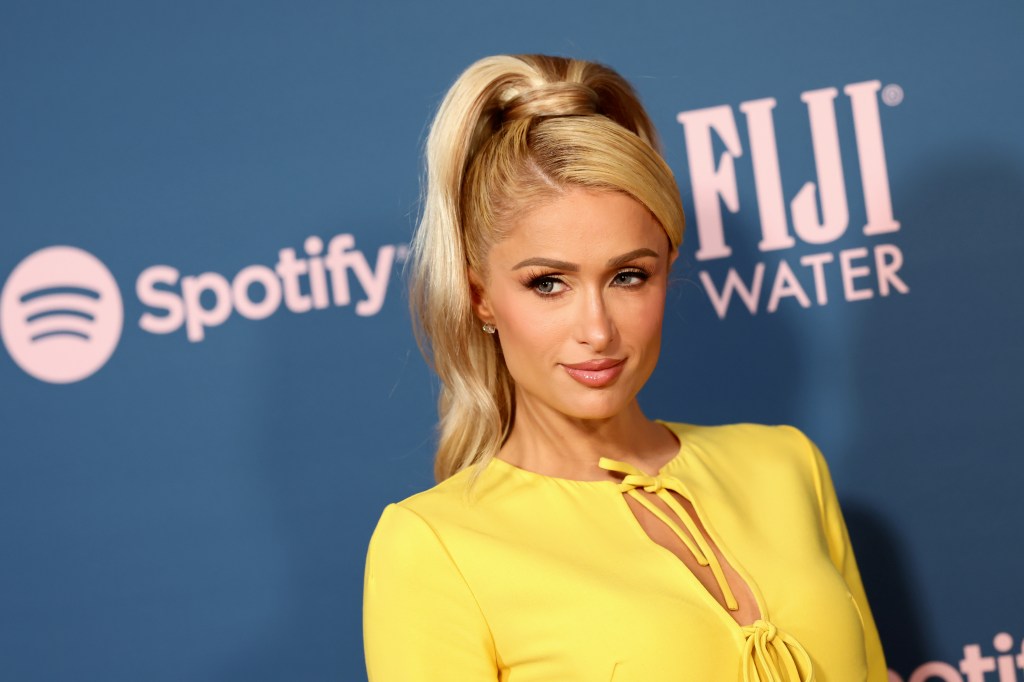 Paris Hilton and husband Carter Reum announced they were kicking off 2023 with new titles – mum and dad.

The 41-year-old media personality and her entrepreneur beau, 41, appeared to have welcomed a baby via surrogate on Tuesday following an Instagram post on the influencer’s account.

Sharing a close-up photo of a tiny hand wrapped around the star’s fingers, Paris penned a caption announcing the news: ‘You are already loved beyond words’.

Later confirmed by US outlet People, the socialite and granddaughter of Hilton Hotels’ founder Conrad Hilton, gave birth to a son via surrogate.

Despite expressing dreams to expand their family, pregnancy has seemingly been a difficult subject for the heiress and her husband of just over one year.

Here’s everything we know about Paris’s IVF journey…

The socialite welcomed a baby boy via surrogate on Tuesday (Picture: Getty Images)

The famous face has never been one to shy away from IVF chat and in January 2021 – before Carter had even proposed – she shared her baby dreams with media outlets.

Revealing they had already started the in vitro fertilization process together, she said: ‘We have been doing IVF, so I can pick twins if I like,’ during a chat on the Trend Reporter With Mara podcast.

Paris continued spilling details of her experience: ‘I’ve already undergone the egg extraction procedure. It was tough, but I knew it would be worth it. I did it a couple of times.’

Paris and husband Carter got married in 2021 (Picture: Shutterstock)

The happy newlyweds had already been ‘planning our babies names and all of that,’ according to the blushing bride.

In the same talk, she gushed over her partner and explained her excitement for the next steps in their life together: ‘Just doing it together and having a partner that is just so supportive and always makes me feel just like a princess all the time…that it wasn’t that bad.’

Paris’s mother Kathy divulged the struggles her daughter faced as she tried to conceive naturally to the denial of her famous offspring.

Speaking to E! News, the Real Housewives star expressed her heartbreak at her child’s inability to have a baby in November last year.

The 63-year-old told the outlet: ‘It breaks my heart because I know she is trying and trying and I always say, “Just relax.”

‘So many people, they struggle and it doesn’t just happen like that.’

Kathy Hilton made comments to the press over Paris’s struggles to conceive (Picture: Shutterstock)

However, Paris wasn’t too pleased with her mother’s candid chat and quipped to TMZ that same month: ‘I don’t know where she got that – it’s never been a struggle at all.’

The star then admitted the couple had been ‘stocking up’ and had ‘tons of embryos that have all just been waiting’ for IVF treatment.

As someone who …read more

There is pain for the children of Walford (Picture: BBC) Next week’s EastEnders sees further agony for the youngsters of Walford, as the life of young Lexi is ripped apart by the upsetting news that her mum Lola (Danielle Harold) is dying. When Lola makes the difficult move of explaining what is happening to her […]

The Prime Minister appeared to take a side in the ongoing transgender debate (Picture: TalkTV) Rishi Sunak said ‘biological sex really matters’ as he criticised the ‘unfairness’ of trans athletes competing in women’s sport. Asked for his definition of a woman, he told Talk TV’s Peirs Morgan: ‘Of course, I know what a woman is, […]