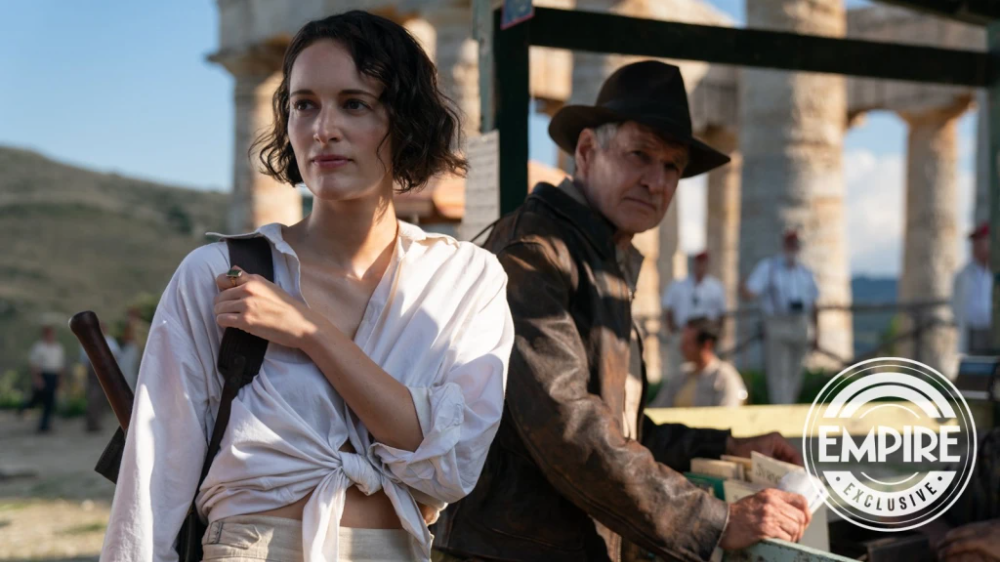 We have our first glimpse of the final Indiana Jones and, boy, does it looks good.

Indiana Jones 5 will be Harrison Ford’s final outing in the legendary adventure-movie series, and he’s joined by another familiar face in a surprise role.

Fleabag star Phoebe Waller-Bridge rocks up as Jones’ goddaughter, Helena, for the highly-anticipated flick after several years in development.

Ford dons his famous fedora for one last time next year, also starring alongside Tobey Jones, Mads Mikkelsen, and Jonathan Rhys-Meyers, with the film’s prologue set in 1944 but concluding in 1969.

Newly released images show the characters in action and tease the 1969 setting, during the hustle and bustle of the Space Race, during which Indy exposes Nazi sympathisers planted in America’s space program.

There’ll also be some action in New York City, as everyone’s favourite cinematic adventurer heads to the Big Apple to take down Mikkelsen’s villainous Voller.

Waller-Bridge’s role is being kept under wraps for now, but it’s understood that she’ll play a significant part in the mystery ahead, including some tense action scenes.

The latest edition of Empire magazine dives deeper into Indiana Jones 5, which Ford, incredibly, shot at the age of 79 and a trailer is still to come.

On playing Indy again as a septuagenarian, Ford told the publication: ‘It’s full of adventure, full of laughs, full of real emotion. And it’s complex and it’s sneaky.

Ford describes the flick as ‘full of adventure’ (Picture: Empire)

‘The shooting of it was tough and long and arduous. But I’m very happy with the film that we have.’

On wrapping up one of cinema’s most iconic characters, he said: ‘I just thought it would be nice to see one where Indiana Jones was at the end of his journey. If a script came along that I felt gave me a way to extend the character.’

Waller-Bridge shard her excitement of being offered the role of Indy’s sidekick, joking that, after being asked if she wanted to be in the movie while having dinner with producer Kathleen Kennedy, she ‘immediately ordered ten bottles of wine’.

What are you expecting from Indiana Jones 5?Comment Now

‘Then, it was the fastest I’ve ever read a script; I came out of a sort of haze afterwards. I just couldn’t believe how much fun I had and how moved I was by it. And then I had a Zoom and screamed, “YES!” at them all.’

Director James Mangold also spoke on making the story about Indy’s age, stating that it was ‘really important’ for him to make a movie about ‘a hero at sunset’.

‘To me, whatever your greatest liability, you should fly straight towards that. If you try to pretend it’s not there, you end up getting …read more

Hansi Flick and Thomas Muller’s Germany futures are in question (Picture: Getty Images) Neither Hansi Flick nor Thomas Muller would commit on what is next for them with Germany after the country’s shock elimination at the group stage of the Qatar World Cup. Germany beat Costa Rica 4-2 on Thursday night, but due to Japan […]

Nicole Kidman generously splashed out on a hat signed by Hugh Jackman (Picture: Emma McIntyre/Getty) Nicole Kidman startled and delighted onlookers after bidding an eye-watering $100,000 (£83,000) for a hat signed by co-star Hugh Jackman. The actress, 55, was attending the Broadway Cares/Equality Fights AIDS auction after a Broadway performance of Jackman’s new production The […]

…read more Source:: Metro        (Visited 1 times, 1 visits today)‘Wednesday’: Tim Burton Said He Would Have Dated Wednesday Addams in High School, Netflix Showrunner Said They’re creepy, and they’re spooky, and The Addams Family continues to live on in the imaginations of viewers almost sixty years after the original show debuted…Julia Fox dishes on her […]