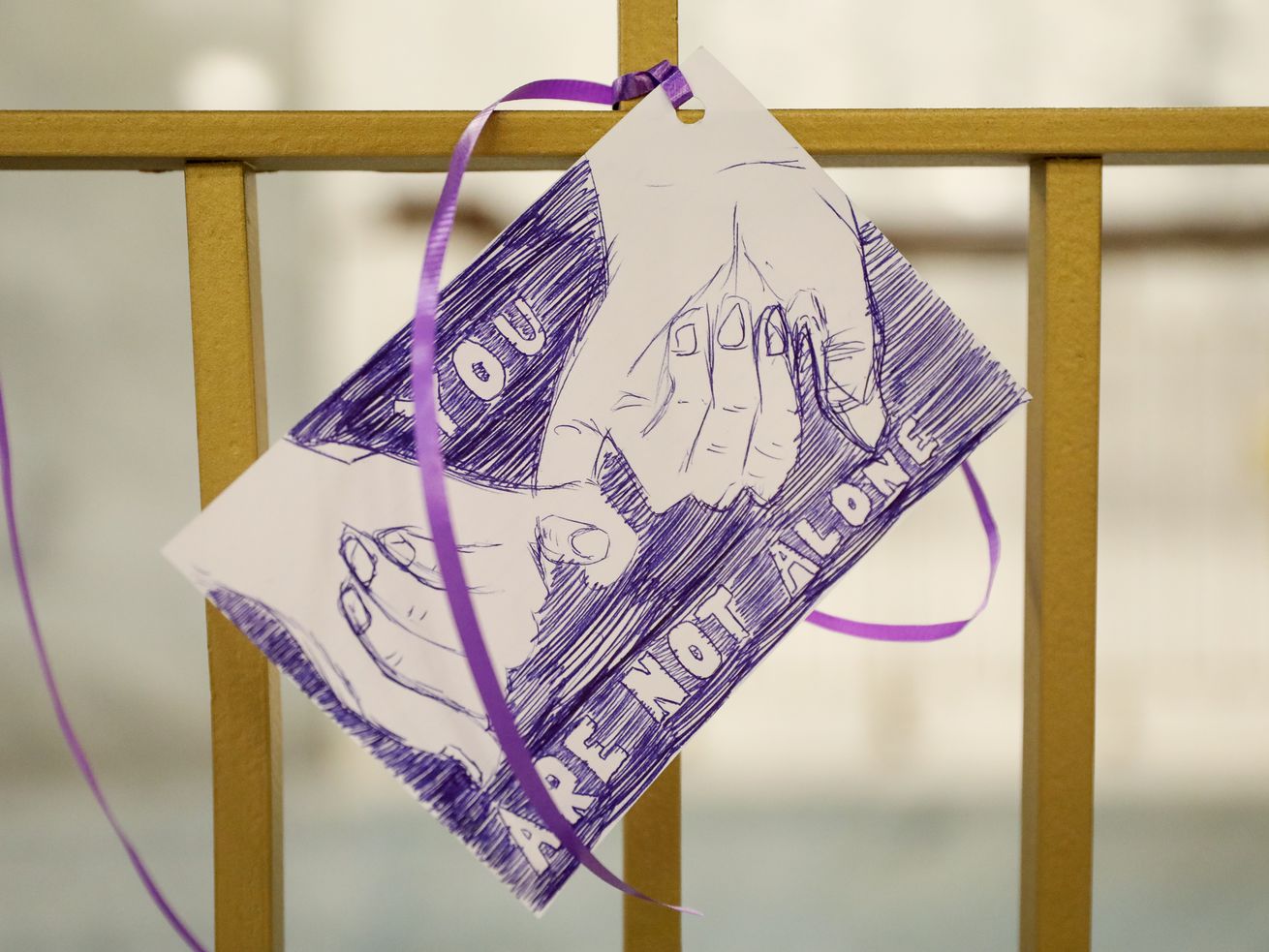 A drawing hangs along with other messages of hope and remembrance as part of Suicide Prevention Day at the Capitol in Salt Lake City on Thursday, Feb. 13, 2020. | Spenser Heaps, Deseret News

Talking about suicide in the right way is no longer just important — it is critical.

September is Suicide Prevention Month. For many, the entire year has been an immersive lesson in understanding mental health. News cycles revolve around loss, tragedy and the fear of the unknown looms large. Combined with mandatory time alone, feelings of loneliness and anxiety are ubiquitous.

As early as April, mental health experts and professionals expressed concern over a potential mental health pandemic as an aftermath of the spread of COVID-19. Months later, those worries have started to manifest.

Britain has reported a significant increase in the number of people seeking mental health services. Even with a drop in reported cases during the height of shutdowns, the demand now exceeds pre-pandemic levels.

According to the CDC, U.S. adults also reported elevated levels of adverse mental health conditions in the past few weeks. The increase was more significant among young adults, essential workers and minorities.

Experts now express concern over a potential increase in teen and young adult suicides, with that age group reporting the sharpest increases in suicide ideation. For those between 18-24, 1 in 4 said they had “seriously considered” suicide in the last 30 days.

Enforced physical distancing and stay-at-home orders have taken a toll on everyone and shown that nobody is too young to be affected. Children as young as 6 and 7 have expressed suicidal ideation and thoughts.

If a family has not yet had a serious conversation about suicide and mental health, let this month of awareness be a signal to approach the topic.

Just as with any other health crisis, everyone plays a role in suicide prevention. The burden does not lay on the shoulders of only health care providers and mental health workers.

Studies show that simply talking to another individual and feeling understood can actually reduce the likelihood of the individual acting on those feelings. Fear shouldn’t hinder direct conversations and questions.

In July we emphasized the importance of using correct terminology and language surrounding mental health and suicide. Suicide is not a term to be taken lightly, but neither is not a word to be afraid of.

Life comes with difficult challenges. At some point, everyone will experience depressive episodes or even wonder if the world would be better off without them. These are not thoughts to be ashamed of, and they do not have to last forever. Like feelings of hunger, they are merely signals that something needs to be addressed.

Conversations discussing life, death and mental health can empower others and ourselves to face these scary, lonely moments with courage and optimism. Hearing the stories of others coming out the other side stronger …read more

24 of the most successful Yale alumni of all time

Summary List Placement Founded in 1701, Yale University continues to be one of the top universities not just in the US, but in the world. And its reputation is only enriched by the famous and successful people who come out of this Ivy League institution.  We’ve put together a list of the most successful Yale alumni […]

Summary List Placement Hi! Welcome to the Insider Advertising daily for September 15. I’m Lauren Johnson, a senior advertising reporter at Business Insider. Subscribe here to get this newsletter in your inbox every weekday. Send me feedback or tips at ljohnson@businessinsider.com. Today’s news: Oracle wins proposed deal with TikTok, the pitch deck that helped tech […]

The 10 most haunted hotels in the US

Summary List Placement Across the US, some of the country’s oldest hotels are more than ready to inspire their guests with a little spooky superstition. From passed-along tales of ghost sightings to unexplained noises, many historic hotels take a lot of pride in their paranormal pasts. With Halloween approaching, we selected the most haunted hotels […]