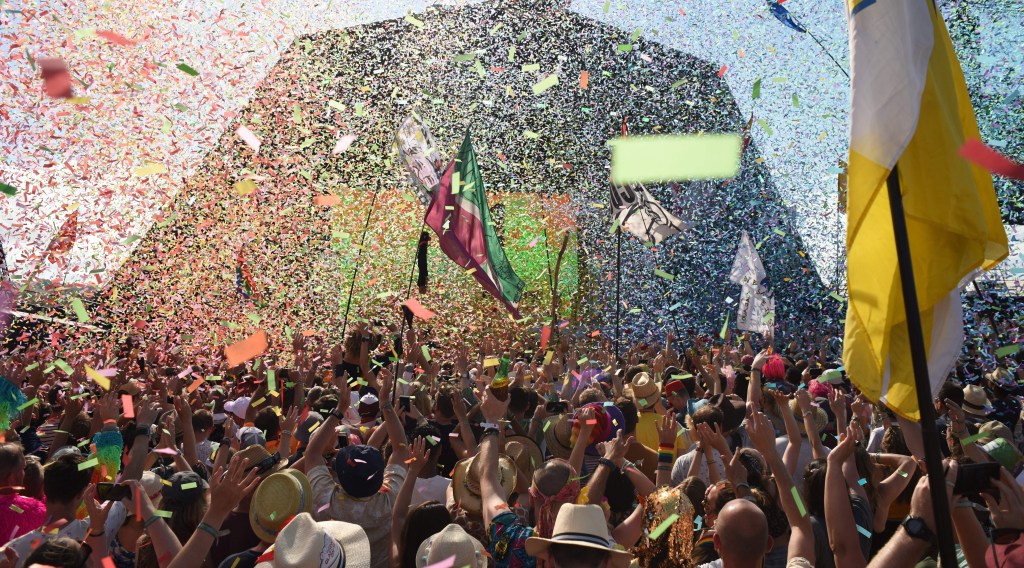 As a music manager, Glastonbury was a big feature for me every year (Picture: OLI SCARFF/AFP via Getty Images)

I love Glastonbury Festival and I love being there as the ‘grandfather energy’.

I love getting into discussions with young people about what they listen to, as well as what they wear and what they believe in. I’m always fascinated to discover the type of music they ‘feel’ and why they came to this place specifically to experience that.

Glastonbury is the big event where you can see many acts from the past and present. The line-ups are truly multi-generational. It has become a memory lane.

I see Glastonbury Festival as an adventure that shows how culture is changing and developing over time. From the emerging musicians to the clothes, food, and everyone discovering the same things.

That’s why I’ve been going for over 40 years – and I’ll keep going for hopefully many more to come.

My first Glastonbury was in 1980 when I was 27. I was drawn to the place itself because of Tor and the myths of Glastonbury.

The Isle of Avalon and King Arthur has always fascinated me, as well as Stonehenge, which is only 50 miles away. I saw it and it opened my eyes to all kinds of possibilities.

When you enter Glastonbury for the first time, it is as if you are entering a different sphere. During my first experience, watching everyone walk around and get lost in this other world reminded me of the beauty in life and humanity – enjoying the air and soaking in the atmosphere.

One of the first bands I ever saw perform there was New Order, who a few months earlier were still Joy Division. I went there to meet with them as I wanted to represent them as a music manager.

I feel a very strong connection to the people who go to it (Picture: David Hedges / SWNS.com)

It did not work out for me professionally, but the magic that was in the air got to me. It was not simply the bands; it was the air and the vortex of love that is Somerset in the Glastonbury region.

In 1981, I got involved with some students from Bristol who wanted Peter Gabriel to head a World Music Festival of song and dance. WOMAD festival was born from this, and I helped along the way.

I got the money to put together the festival through creating the music label and assembled the first WOMAD album comprised of world artists from many diverse nations, who went on to play at that first WOMAD.

Glastonbury was much smaller then and I naively believed WOMAD would be a bigger festival when we started it, but I was wrong. The charm and magic of Glastonbury has endured and flourished.

I’ve lived in many different places during my lifetime. Some might say I’m a bit of a nomad and I certainly felt a …read more

90-year-old-woman fights off bear with her lawn chair

Altha Williams (left) fended off a bear using a lawn chair and emerged with just a scratch (Pictures: WVLT/Getty Images) A 90-year-old woman attacked by a bear while sitting on her front porch managed to fend it off using her lawn chair. Altha Williams was relaxing at her home in Sevierville, Tennessee, on Wednesday when […]

To view this video please enable JavaScript, and consider upgrading to a web browser that supports HTML5 video Former S Club 7 member Jo O’Meara has spoken out about her gambling addiction. The star, best-known for early 2000’s bangers such as Reach and Don’t Stop Movin’, struggled with addiction at the height of the band’s […]

It’s back and forth for EastEnders schedules, just like a tennis rally (Pictures: BBC) Schedules are set to change for EastEnders as BBC One hosts Wimbledon coverage. From Monday, June 27, EastEnders will move to BBC Two as the tennis tournament gets underway. While the channel may be different, EastEnders episodes will still air from […]