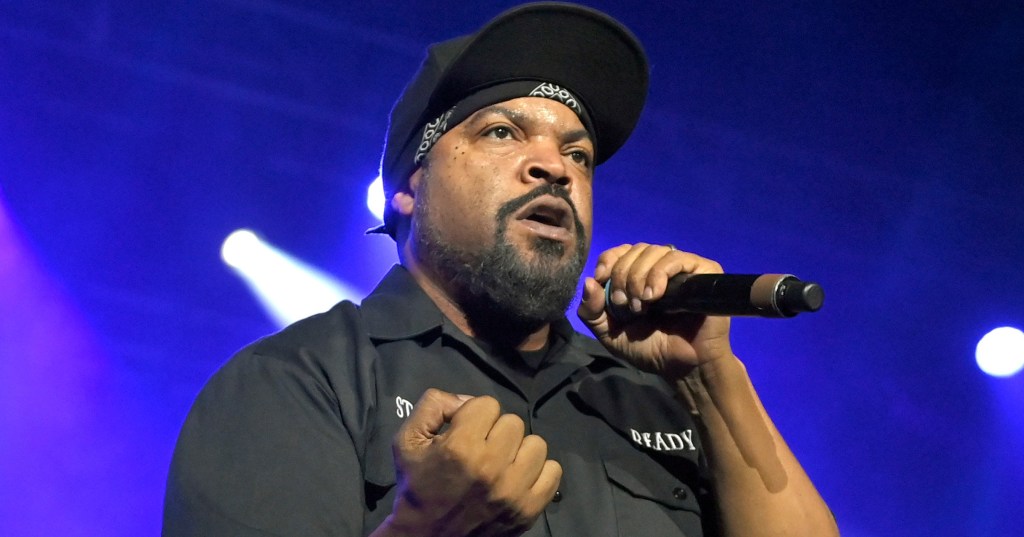 Ice Cube backed out of the project after refusing the vaccine (Picture: Getty)

Ice Cube has confirmed that he lost a film role worth $9million (£6.6million) after he refused to take the Covid vaccine.

Last month it was reported that the Boyz N The Hood actor – real name O’Shea Jackson – declined the request from producers to get vaccinated before filming began for the comedy Oh Hell No.

The 52-year-old rapper was scheduled to star opposite Jumanji’s Jack Black and was set to start shooting in Hawaii this winter, the first state in the US to have 90 percent of its population aged 12 or over vaccinated against Covid-19.

The Straight Outta Compton star recently confirmed the speculation and claimed film bosses ‘didn’t give him’ the role because he didn’t want to get the jab.

Speaking on the Million Dollaz Worth Of Game podcast, he said: ‘I turned down $9m. I didn’t want to get the jab. F**k that jab. F**k ya’ll for trying to make me get it.

The rapper insisted that he didn’t walk away from the project (Picture: REX)

Explaining his views on the industry following the ordeal, he said: ‘I don’t know how Hollywood feels about me right now.’

Ice Cube has voiced his support for mask-wearing since the pandemic began, having donated 2,000 face masks to Bacone College in Oklahoma in August.

He had also created his own ‘Check yo self before you wreck yo self’ T-shirts in April 2020 which featured a photo of him in a mask, with profits going to help frontline workers.

Vaccine mandates have caused issues on several productions in Hollywood, with the Alliance of Motion Picture and Television Producers (AMPTP) and industry guilds including SAG-AFTRA, IATSE, The DGA, and Teamsters agreeing to ease protocols for fully vaccinated cast and crew in June.

Metro.co.uk has reached out to Sony Pictures Entertainment for comment.

MORE : Louis Theroux reveals why he turned down appearing on David Letterman’s show – and he regrets it

Get ready for a new month (Picture: Getty/Metro.co.uk) December is here, which means festive fun and a flurry of activity. We’re currently in the middle of Sagittarius season but as Christmas arrives so does Capricorn’s time to shine. If you’re planning on using your horoscope to work out how your winter’s about to go down, […]

Most expensive drug approved to treat haemophilia, costing $3,500,000 a dose

The drug is a gene therapy to treat adults with haemophilia B (Picture: Reuters/Andrew Kelly/File Photo) The most expensive drug in the world has been approved by the US Food and Drug Administration (FDA) this week to treat haemophilia. Hemgenix, manufactured by CSL Behring, will cost $3.5 million per treatment and is a gene therapy […]