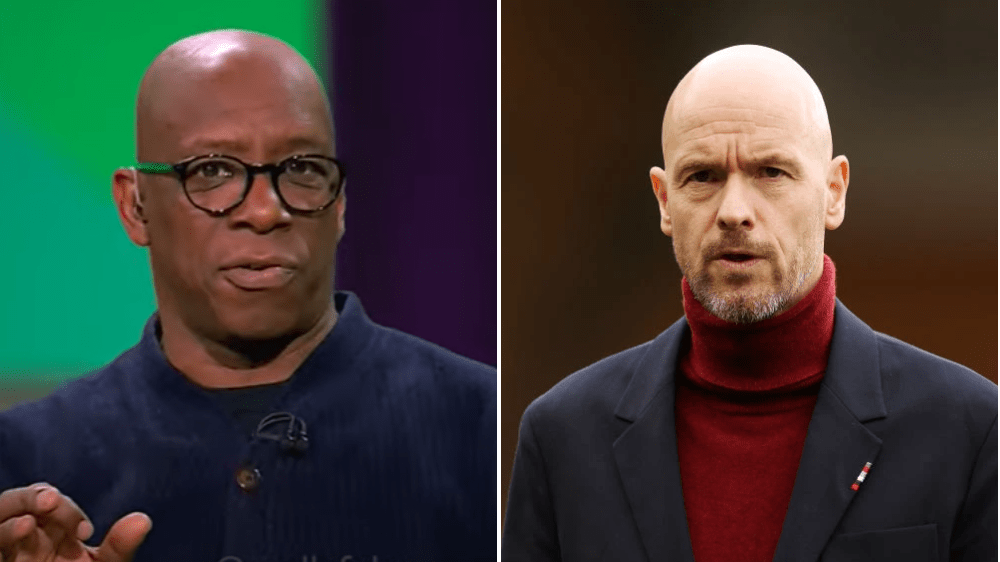 Ian Wright has questioned Manchester United’s £82m summer signing Antony and says his team-mate Alejandro Garnacho should have started against Arsenal instead.

Antony, who completed a big-money move to Old Trafford from Ajax last summer, flattered to deceive at the Emirates Stadium before being replaced by Fred in the second half.

The Brazilian scored a superb goal on his United debut against Arsenal back in September but has largely underwhelmed since, scoring four goals in 19 appearances in all competitions and providing no assists.

Wright was surprised Antony started Sunday’s Premier League thriller in north London and says lively starlet Garnacho should be ahead of the £82m signing in Erik ten Hag’s pecking order.

Garnacho, 18, is enjoying a breakthrough season, netting two goals and making two assists despite mainly featuring from the bench.

‘I know he scored on his debut against us [Arsenal], but I’m not seeing enough at the moment to think he’s going to be the one.

‘I would have thought Garnacho would start because he’s very good one v one, he can take people on, he’s very good in that situation. So I thought he would get a game.’

Marcus Rashford continued his brilliant form to put United ahead against Premier League leaders Arsenal, but the hosts equalised before half-time through Eddie Nketiah.

Bukayo Saka beat David de Gea from 25 yards to give Arsenal the lead but the score was level yet against as Lisandro Martinez headed home on the hour mark.

Arsenal dominated the final 25 minutes of the match and finally found a winner in the 90th minute as Nketiah scored his fourth Premier League goal of the season.

Despite slipping to defeat, Wright believes there were promising signs from Manchester United’s performances at the Emirates.

‘There’s more structure there, more pattern to their play,’ he added.

‘It was quite a dominant performance from Arsenal but if United had someone else with Marcus Rashford, someone just as potent, it could have been a good game for them.’

The Gunners face Pep Guardiola’s side in the FA Cup on Friday night while Manchester United return to action on Wednesday with the first leg of their EFL Cup semi-final against Nottingham Forest.

Farhad Meysami seen at Rajai Shahr prison in Karaj, Iran (Picture: Mohammad Moghimi via Reuters) A human rights watchdog has said a jailed Iranian activist may soon die on hunger strike in prison.  The Centre for Human Rights in Iran (CHRI), a New York-based advocacy group, urged the United Nations and other international organizations to […]

Rory Mcllroy ignored Patrick Reed at the Dubai Desert Classic (Picture: David Cannon/Getty Images) The feud between leading golfers Rory McIlroy and Patrick Reed escalated yesterday as the world No.1 admitted snubbing his rival, who later accused the Northern Irishman of acting like an ‘immature little child’. Reed approached McIlroy on the driving range at […]