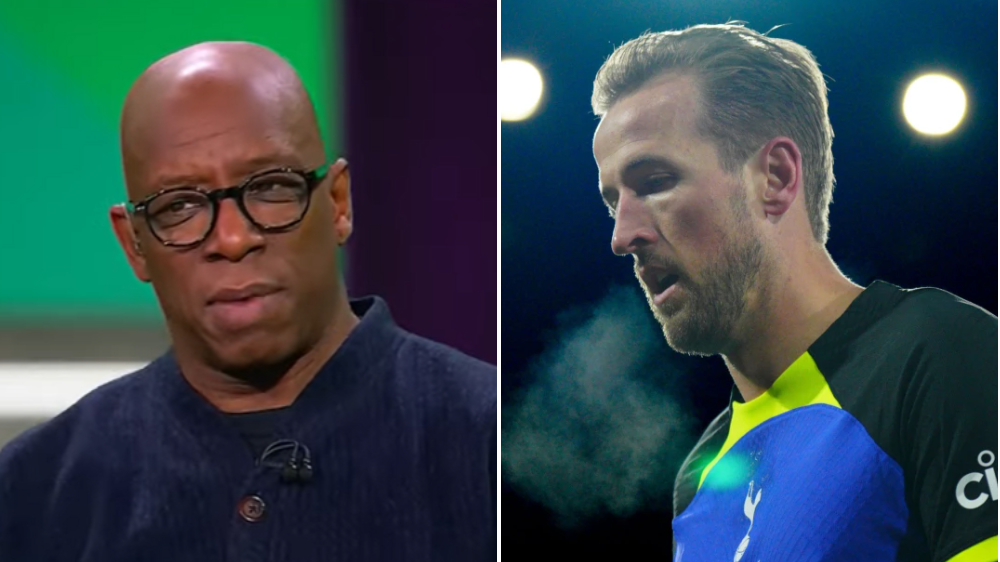 Arsenal legend Ian Wright has questioned Harry Kane’s motives for staying at Tottenham and potentially committing the remaining peak years of his career to his boyhood club.

The 29-year-old etched his name further into Spurs folklore last night by drawing level with Jimmy Greaves and becoming the club’s joint all-time leading goalscorer with what turned out to be the decisive moment against Fulham in a 1-0 victory at Craven Cottage.

Despite his incredible scoring exploits, Kane’s personal endeavours are yet to be rewarded with major silverware and he has now arrived at something of a career crossroad.

The England captain has 18 months remaining on his current contract and despite Tottenham’s current state of flux he appears open to the idea of signing a new deal.

With Manchester United said to be interested in resurrecting their long-term interest in Kane, Wright believes Kane needs to give careful consideration to severing his Tottenham ties, or risk being regarded as a nearly-man.

‘I still think Harry can score goals at an alarming rate at the right team, no danger,’ Wright told Premier League Productions.

‘I watched Manchester United and I’m thinking Harry Kane in this team makes a massive difference. When you look at him I just think to myself if he signs for Tottenham he’s resigning himself to maybe not winning anything.

‘That’s what I can’t understand because that, more than anything, when I sit down and think about everything now I’m so pleased I won the Premier League.

‘I’m so happy I wont it, not for anything other than I thought I’d scored enough goals to be in that place where you’ve scored enough to contribute to something like that and I wanted something of that stature.

‘Someone who has scored goals at the highest level at that rate should have a lot more to show for it.

‘If he’s happy with that (going for personal records) then fine because he’s the one that will need to deal with people coming up to him every day saying ‘well you didn’t win anything’.’

The players who are entering the last …read more

The power of a pep talk: How to silence someone’s inner critic

You could change the way someone thinks about themselves (Picture: Rex) ‘I think you’re the most beautiful person ever, and you’re the purest girl ever. I think you’ve got such a sick personality. Don’t doubt yourself.’ Love Island’s Tanyel may be in hot water for that long snog with ‘best mate’ Ron, but when it […]

Is reality beginning to hit Max? (Picture: ITV) It looks like his involvement in the right-wing gang that’s been terrorising Coronation Street recently could lead to jail time for Max Turner (Paddy Bever), as he faces serious charges after a series of horrifically violent incidents. While Max isn’t the one who’s committing the violence, he […]