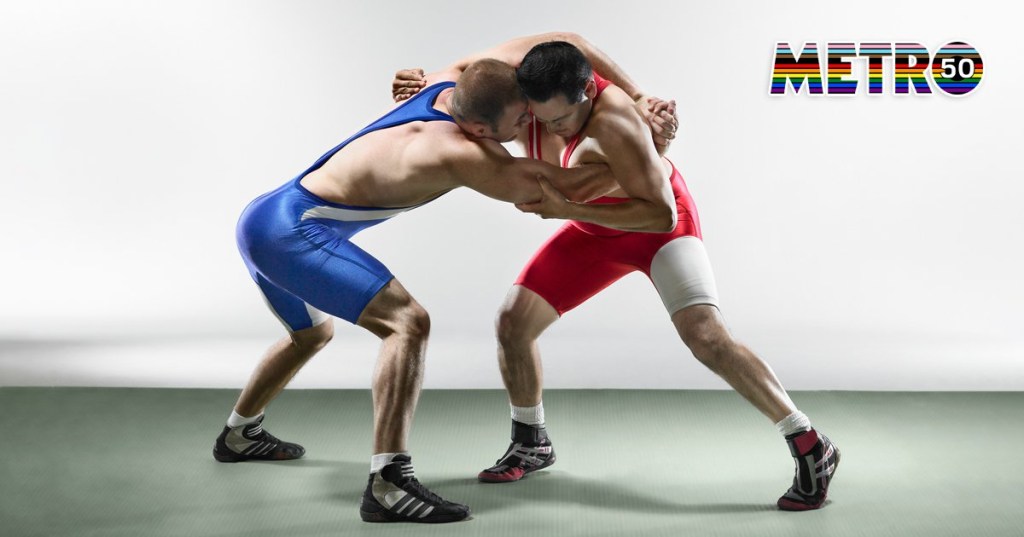 I battled with my sexuality for many years (Picture: Getty Images)

My eyes glued to the screen, I watched the dramatically-costumed and fancily-named wrestlers storm into the ring, full of bravado and theatrical threats, before launching into over-the-top fight sequences.

I was 10 years old and my parents were watching a major UK wrestling event on television. Instantly, I was drawn in.

It wasn’t just about the physical moves themselves – although they were impressive enough – it was the ability to be able to perform, play out a story, and provoke a reaction from the audience.

I would tune in three or four times a week to see my favourite wrestlers in action. These included The Undertaker who was a great performer, and also Stone Cold whose feud with Vince McMahon had me gripped.

But watching wasn’t enough – I wanted to get involved myself.

However, there was one barrier that I felt stood in my way: my sexuality. Wrestling is a contact sport, and I couldn’t help but think that being gay could be an issue.

I battled with my sexuality for many years, holding back who I really was. It wasn’t until I was 20 that I accepted: this is me. When I came out to friends, everyone was accepting.

Still, when I thought about giving wrestling a shot, I believed that a sport often associated with macho men may not accept someone like me.

And when I expressed my interest in wrestling to people, there were some mixed perceptions from ex-work colleagues, or people I socialised with. ‘Are you sure you don’t just want to admire the men in their lycra?’ friends would wink.

They were just joking but I found it frustrating that I’d have to explain time and again that I liked the sport itself, not the men participating in it.

I wanted people to understand that, yes, I’m gay, but that’s just one part of my character. Wrestling could be a whole other facet.

I soon discovered by searching online that I’m not the only LGBTQ+ wrestler (Picture: Supplied)

The other thought that went through my mind was that many professional sports stars come out when they retire, rather than when they’re actually practising the sport – especially in football where many stars hold their sexuality back for fear of the response they could get from fans. American football star Colton Underwood, for example, came out on national TV after he had retired from the NFL.

I wanted to be open about my sexuality. It wasn’t a secret.

Eventually, it was seeing an article about a new local wrestling school that persuaded me to take the plunge and finally sign up. I was 34 and it had been a passion of mine for so long.

As a kid, my parents often took me to watch local wrestling shows, usually every other month when the shows took place. Why shouldn’t I go for it because I wasn’t straight?

I attended my first session in July …read more

Where has the time gone! (Picture: Instagram) Coleen Rooney and husband Wayne Rooney celebrated 14 years of marriage in style, by dancing the night away at Ed Sheeran’s Manchester gig. The couple marked the milestone after a tense court showdown with Rebekah Vardy and her husband Jamie Vardy, following claims that the fellow footballer’s wife […]

The fastest nova star explosion ever seen has been recorded by astronomers. This illustration shows the type of two-star system that the research team thinks V1674 Hercules belongs to. (Credits: Dr Mark A. Garlick) Astronomers have captured the fastest star explosion on record. They watched as the white dwarf ‘stole’ gas from a nearby red giant […]