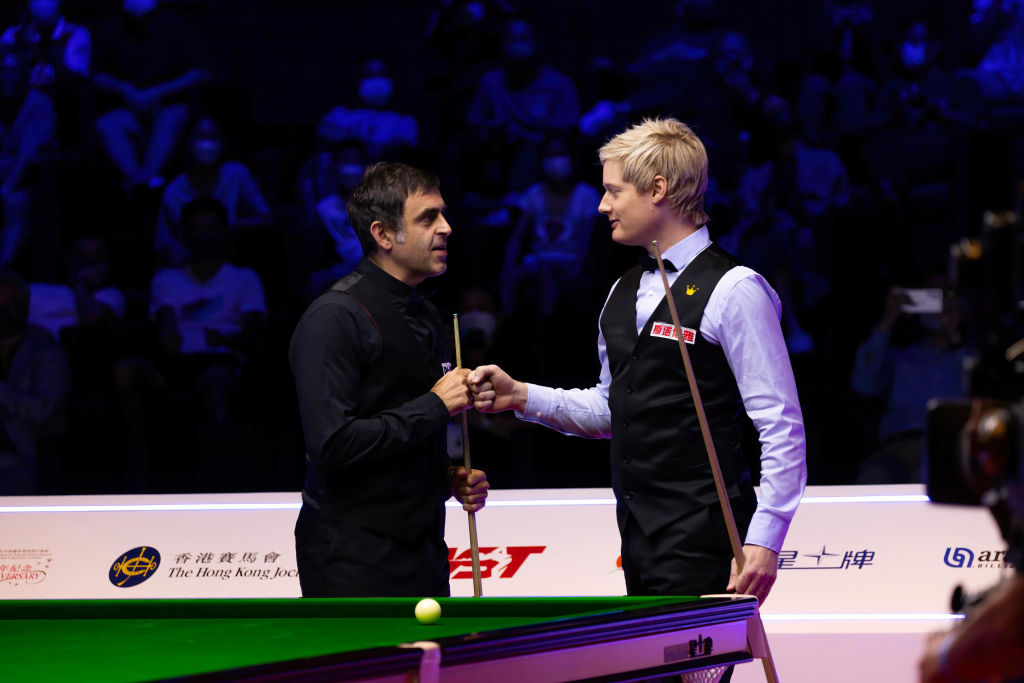 Neil Robertson says he has now identified why he has struggled at the World Championship in recent years, thanks to studying Ronnie O’Sullivan’s performances and talking to the Rocket about playing at the Crucible.

The Australian has lifted the World Championship trophy, reaching the sport’s pinnacle in 2010, but despite being one of the finest players on the planet since then, he has been surprisingly underwhelming in Sheffield.

Since that Crucible triumph 12 years ago, Robertson has been to just one semi-final in South Yorkshire, considering he has taken his tally of ranking titles to 23, that is a bizarrely poor return at the World Championship.

The Thunder from Down Under has suggested reasons in the past, including not enjoying how tight the Crucible is, although he now says that was more of an excuse and he has identified the problem, which became clear in his shock defeat to Jack Lisowski in the last 16 this year.

‘I do actually know what it is,’ Robertson told Stephen Hendry on his Cue Tips YouTube channel. ‘But it’s something that I have to execute properly. It’s nothing to do with mental or anything like that.

‘Look at my match with Jack Lisowski last season, it was a great match, Jack played out of his skin, he was so disciplined as well which was really surprising. Then against [John] Higgins he made more mistakes in the first session than he did in our whole match.

‘I was like, that was the Jack I was expecting, the mad shots. But he had [Peter] Ebdon in his corner, he was so disciplined, turning down shots.

Jack Lisowski shocked Neil Robertson in the second round of the World Championship this year (Picture: Getty Images)

‘There was a couple of sessions in that match, I was too aggressive in certain moments where I should have kept it tighter, not negative but make it as hard as possible for him.

‘At the Crucible everyone tries till the end, no matter what, it’s a lot harder to dominate.

‘I really watched Ronnie a lot in these World Championships, the amount of easy chances he was creating for himself because his safety was so good, so disciplined, not giving anything away.

‘That’s a big area I’m focusing on this season, I like to play the aggressive shot, but I just need to be smarter with the way I go about it, don’t give frames away.

‘Going into that last session with Jack I was 9-7 down, I was thinking I’d make it a lot harder for him now. Not go for the 7/10 long ones, miss and leave him in. Play a shot to nothing, just make it harder and it turned the match around and I got to 12-11 up. It’s the safety element.’

Pundits are right to criticise Qatar – but why didn’t they do it for previous hosts?

Gary Lineker said pundits ‘didn’t talk enough about other issues’ in Russia ‘Sportswashing.’ While it sounds like one of those new-fangled phrases like photobombing or binge-watch, the concept is much older.  The World Cup in Qatar has given renewed prominence to the term, which means using a major sporting event to launder a country’s reputation […]

The Baseline Plus results (Picture: Jess Austin) The screening comes with a doctor’s report at the top. Mine read: ‘Overall this is a great panel. The low triglyceride and slightly raised total cholesterol are not concerning.’ The test is designed to be part of a subscription package, and so I think if you were to […]