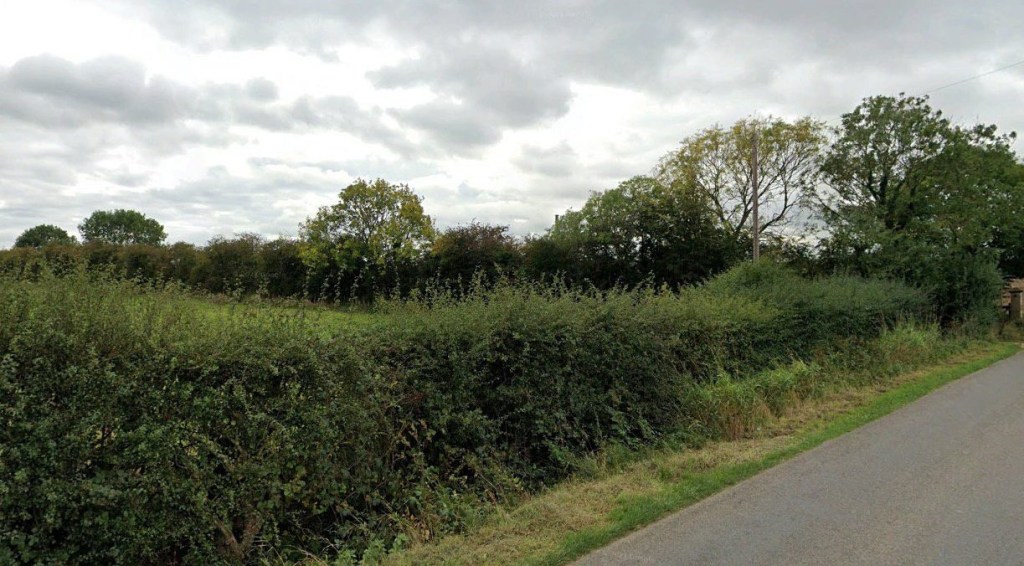 Lincolnshire Police has confirmed they believe the remains to be human (Picture: Google)

An investigation is under way after a skull was found floating in a duck pond.

The grizzly discovery was made by a member of the public in a Lincolnshire village this afternoon.

Detectives say forensic investigations will be carried out but they believe it is indeed human remains.

A search of the area for other bones is ongoing and is expected to last throughout the weekend.

It could take several weeks for full lab tests on the skull to produce results, they warned.

Police will likely seek to make a match between the remains and anyone on the missing person’s register via DNA profiling.

A woman living on a nearby farm told GrimsbyLive: ‘The police were here at first light.

‘It was about 4am. Someone found a human skull. It is a shock.

‘Everyone is asking questions about who it could be and how long they had been there.

‘It is sad because it is someone’s brother or sister or maybe a parent.

‘The bloke who found it said it has teeth but no one knows how long it has been there.’

Police confirmed they were called out to a small body of water near Pear Tree Lane in Fulstow at 12.37pm yesterday.

A Lincolnshire Police spokesperson said: ‘We believe this may be a human skull, but this will be determined by an in-depth forensic examination of the skull which can take up to several weeks to complete.

‘The area has been cordoned off and we expect to remain in the area carrying out a full search over the weekend and into Monday.

‘We will release an update when one is available.’

Phil Mickelson has been a big supporter of LIV Golf (Picture: Getty) The DP World Tour will prevent LIV Golf rebels from playing at this year’s Scottish Open. The event, which takes place at the Renaissance Club in East Lothian and boasts £6.5million in prize money, gets underway on 7 July. Acting as a warm-up […]

A sea of rubbish was left after the Appleby Horse Fair in Cumbria (Picture: SWNS) This is the shocking aftermath of the controversial Appleby Horse Fair after thousands of revellers descended on Cumbria. Cardboard boxes, camping chairs, plastic bags, empty bottles and beer crates were left strewn across the field at the end of the […]

The Simba Hybrid Performance Bed Linens have garnered hundreds of five-star reviews (Picture: Simba) Unless you have air conditioning in your home, you probably woke up this morning feeling sweaty and uncomfortable. It’s difficult to sleep in a heatwave like this, so many people are looking for ways to stay cool at night time. According […]