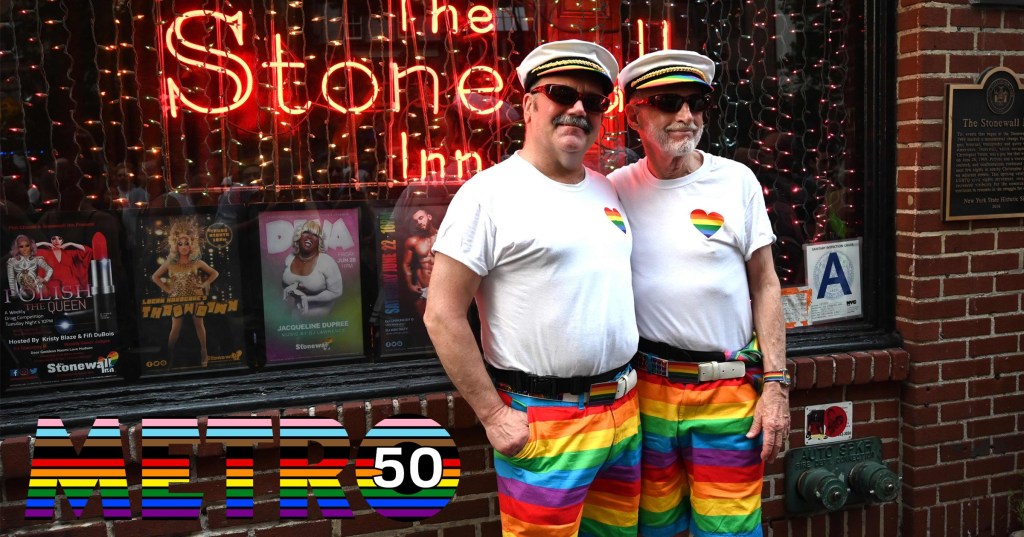 Many of the roots of the Pride movement can be traced back 53 years to the Stonewall Riots and the activism that it inspired.

The unrest came after June 28, 1969, when American police targeted a gay nightclub – New York City’s Stonewall Inn – as had become a regular occurrence.

But this time their behaviour sparked a backlash which sent shockwaves around the world.

Considering the raid the final straw, the gay community rose up in defiance – and the events of the next three nights came to be known as the Stonewall Riots.

Alongside the demonstrations that followed for days after, the riots would inspire the LGBTQ+ community for years to come and trigger the formation of key parts of the modern Pride movement.

Marc Stein, the author of The Stonewall Riots: A Documentary History, tells Metro.co.uk: ‘The 1969 Stonewall Riots, which erupted in response to a police raid on a gay bar in New York City’s Greenwich Village, became an iconic global symbol of resistance to gender and sexual oppression, and especially to police abuse, harassment, and violence directed against LGBTQ people.

‘Often mischaracterized as the starting point of the LGBT movement, it is more accurately described as a turning point, contributing greatly to activist radicalisation, mobilisation, and diversification in and beyond the 1970s.’

The author of another book on Stonewall, Rob Sanders, agrees that it was not the first time the police had harassed the community, the first riot, or the first time LGBTQ+ people had stood up for themselves.

A couple enjoy the 50th anniversary of the Riots at the Stonewall Inn three years ago (Picture: AFP)

But, he says, the response was ‘unique.’

‘A cross-section of the community took part in the uprising, news spread, others joined in, and the riots continued off and on for several days and nights’, explained Mr Sanders – who wrote Stonewall: A Building. An Uprising. A Revolution.

‘The police had never seen anything like it. Neither had members of our community.’

Black drag queen Marsha Johnson has been seen as one of the ringleaders of the uprising, but though the trans woman’s role was of huge importance, the riots appear to have actually started before she arrived.

There is also some suggestion that the importance of the Riots has been overstated but experts agree that the event was a key moment.

The area has long been a hub for activism and protest (Picture: Reuters)

In terms of organisation, the Riots quickly led to the formation of New York’s Gay Liberation Front (GLF) and the first ‘gay pride’ commemorations of the riots the following year, Mr Stein points out. That, he says, helped inspire the creation of GLF London within months.

Are you always losing things? (Picture: Getty/iStockphoto) We all have those highly organised people in our lives. The ones who know where everything is. The ones with colour-coded calendars scheduled with military precision. Those people who can’t even remember the last time they lost their keys or bank card. And then there’s the rest of […]

Fame Academy never felt like it reached the same giddy heights as Pop Idol and, later, The X Factor (Picture: BBC) There was a collective gasp of excitement earlier this year when it was claimed that Pop Idol could be returning. Although insiders stressed that a full-scale return was ‘unlikely’, unconfirmed rumours on social media […]