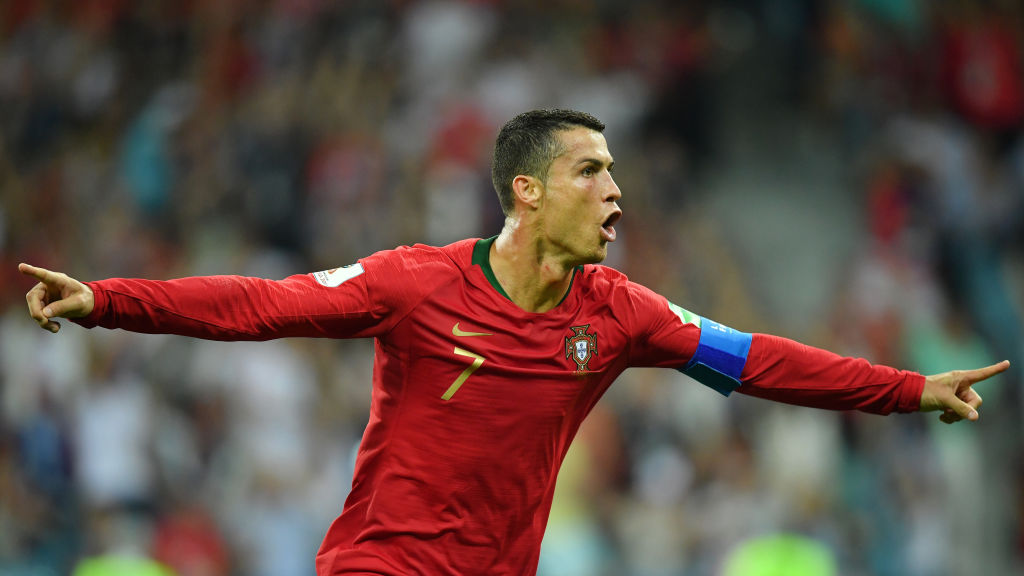 Cristiano Ronaldo will be playing in his fifth World Cup in Qatar (Picture: Stuart Franklin – FIFA/FIFA via Getty Images)

Cristiano Ronaldo will line-up for Portugal at Qatar 2022 in what will likely be his final shot at winning the World Cup.

The trophy is the only absence from Ronaldo’s otherwise stunning CV and he will be hoping to put the disappointment of his Manchester United departure behind him when he captains the national side at the tournament.

But with Ronaldo’s relationship with the World Cup entering its final act, just how many goals has Ronaldo scored on the biggest stage of all?

Find out how many World Cup goals Ronaldo has to his name for Portugal.

How many times has Ronaldo scored at the World Cup for Portugal?

Ronaldo has scored seven goals at the World Cup across his four tournaments to date.

His first came in just his second World Cup appearance in 2006, converting a penalty in the 80th minute to give Portugal a 2-0 win over Iran in the group stages.

The goal made Ronaldo the youngest Portuguese player to score in a World Cup game aged 21 years and 132 days.

Ronaldo has one last shot at glory in Qatar (Picture: Stu Forster/Getty Images)

The five-time Ballon d’Or winner added to his tally in 2010 with a solitary goal in the 7-0 thrashing of North Korea.

Four years later, Ronaldo entered the 2014 World Cup on the back of an injury and only managed to score once – a late winner against Ghana – but it was not enough to prevent Portugal crashing out in the group stage.

Ronaldo’s most fruitful World Cup campaign came in Russia in 2018, with the Portuguese icon scoring a hattrick in the 3-3 draw with Spain, followed by the winner in the 1-0 win over Morocco.

If Ronaldo scores in Qatar, he will become the first male player to score in five World Cups.

In total, Ronaldo has scored 117 goals for Portugal in all competitions since his debut in 2003, making him the highest goalscorer in the history of the Portuguese national team.

He also holds the record for the most international goals scored in the game, ahead of Iranian striker Ali Daei who held the previous best of 109.

Who has scored the most World Cup goals in history?

Former Germany striker Miroslav Klose holds the record for the most goals scored at the World Cup with 16.

After losing in the final in 2002, followed by two agonising semi-final exits in 2006 and 2010, Klose scored two goals at …read more

(Picture: Channel 5 / Fremantle) Neighbours is set to return to screens just months after the show’s final episode. The new series will premiere exclusively for free on Amazon Freevee in the UK and U.S. and will include streaming rights to thousands of episodes from the previous seasons, available prior to the new series’ premiere. […]

Both sets of fans are nervously waiting for kick off ahead of a crunch World Cup clash (Picture: PA) England and Wales fans are calming the pre-match nerves the only way they know how. Doha’s limited supply of booze is feeling the full force of thousands of thirsty Brits ahead of kick off in a […]

The couple had been together since 2009 (Pictures: PA/Getty) Coronation Street star Helen Flanagan has been speaking about what her life is now like following the end of her relationship to footballer Scott Sinclair. It was alleged the relationship ended following Helen’s trip to South Africa, where she filmed a special All Stars series of I’m […]