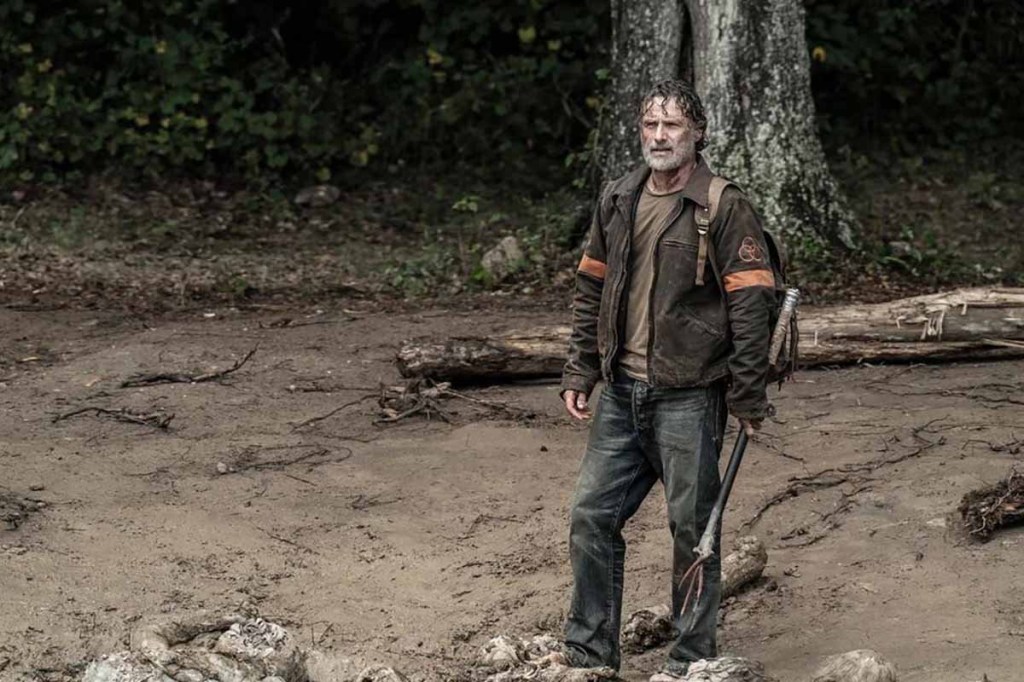 Rick is looking a little bit worse for wear upon his return (Picture: AMC)

Warning: spoilers for The Walking Dead season 11 episode 24 finale ahead.

After 12 years and 177 episodes, The Walking Dead finally drew to a close with the release of season 11 episode 24, much to the dismay of dedicated fans around the world.

While tragedy struck the final episode of TWD, with the death of fan-favourite Rosita (Christian Serratos) being one of the main talking points, the return of Rick (Andrew Lincoln) and Michonne (Danai Gurira) was hailed by viewers.

Their return didn’t come as a surprise, considering we already know a Rick and Michonne spin-off series is on the way next year.

Nonetheless, their comebacks were definitely a welcome sight, which also provided clues as to where their story will lead in 2023.

In The Walking Dead finale, it was revealed that Rick and Michonne still haven’t been reunited, after Michonne set off in season 10 to find her long lost love, who was last seen way back in season nine being carted off in a mysterious helicopter.

In the new scene featuring Rick, he’s being pursued by the powerful force of the Civic Republic Military.

The barefoot character realises he has to hide the boots, journal and phone that he has on his person, which he throws into a boat.

That same bundle of items is discovered by Michonne at a later point – who’s dressed in a samurai-inspired outfit – insinuating that she could piece together clues so they can be reunited.

Showrunner Angela Kang explained that when she put forward her first pitch for the season finale, the idea of bringing Rick and Michonne back was a priority.

‘I said to the network and the producers, “Hey, I really feel in my heart of hearts that the show is not going to feel totally complete unless we have Rick and Michonne back. I know that there are all these universe implications where I don’t have total control. But I’m putting it out there that this is the ideal version,”’ she told Entertainment Weekly.

She added that it was important to Andrew and Danai that ‘they didn’t feel like they overshadowed what the current cast was doing’.

‘They didn’t want it to be the very final piece of the show. So we would be integrating it somehow. There were certain things that were creatively off the table for them,’ the TV writer said.

Executive producer Scott Gimple added that the meaning behind Michonne’s warrior ensemble will be explained in due course.

We can’t wait to see these two back together on screen (Picture: Gene Page/AMC)

‘There is a story behind it that will be told,’ he told the publication. …read more

Can you put tin foil in an air fryer? Surprising materials you can use – and those you can’t

An air fryer is sure to be on everyone’s Christmas list this year (Picture: Getty Images) The air fryer has become a wildly popular piece of kitchenware recently. Hundreds of thousands of people recently flocked to Aldi to grab themselves a bargain model, and Lidl have said they will be bringing back their own air […]

Kylian Mbappe remains a target for Real Madrid (Photo by Wu Zhizhao/VCG via Getty Images) Manchester City legend Vincent Kompany has told Paris Saint-Germain superstar to reject a move to Real Madrid in favour of joining his former club. The Frenchman was widely expected to join the La Liga giants last summer before a remarkable […]

She joined hundreds of guests at the glamorous event (Picture: Chris Jackson/Getty Images) The Queen Consort and the Princess of Wales have donned poignant jewels at a glitzy Buckingham Palace event this evening. King Charles has hosted his first state banquet as monarch with more than 160 prestigious guests in attendance. The glittering white tie […]