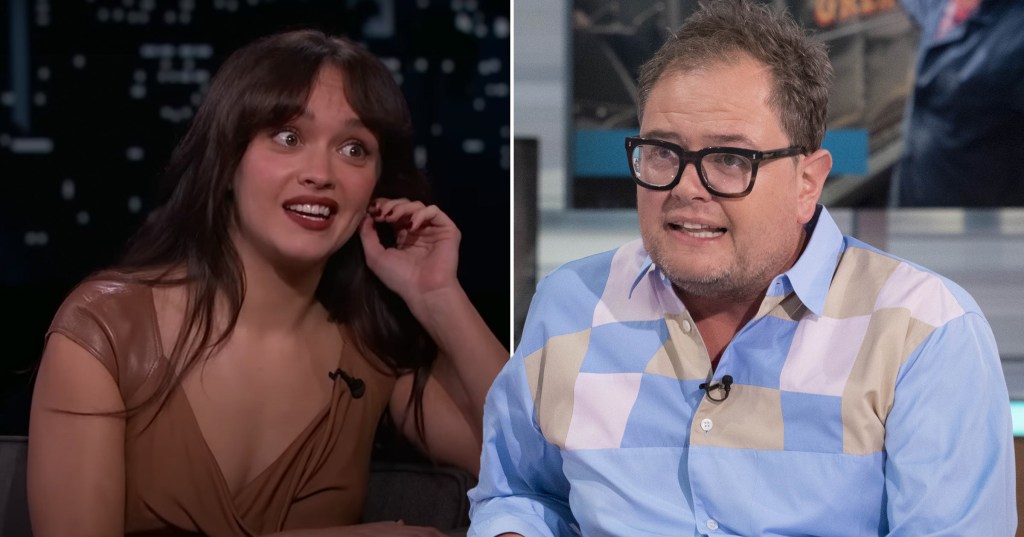 House of the Dragon star Olivia Cooke has revealed her first day of filming on the Game of Thrones prequel didn’t exactly go to plan after she turned up extremely hungover after a night of drinking with Alan Carr.

On Sunday, episode 6 of the critically-acclaimed show will herald a new era, as different actors are introduced for several characters following a 10-year time jump.

Olivia will replace Emily Carey as Lady Alicent Hightower, the Queen, while Emma D’Arcy succeeds Milly Alcock as Princess Rhaenyra Targaryen, the heir to the throne, with the pair having previously been close friends as children before their relationship went awry.

During an appearance on Jimmy Kimmel Live!, Olivia revealed that she was ‘very hungover’ on her first day, adding: ‘Really bad, actually. Really bad. And I never do that.’

The actor explained that the night before, she had joined comedian Alan for a fun-filled evening to be a guest on his podcast… when things appear to have got slightly out of hand.

‘He’s got a podcast and he invited me to be on the podcast, and I was very excited. And my calltime the next day wasn’t until 11, and so I brought a bottle of wine just as a gesture,’ Olivia recalled.

It sounded like Olivia had a blast on the podcast with Alan before things got out of hand (Picture: Rex)

There’s no love lost between Alicent and Rhaenyra after a decade has passed (Picture: HBO)

The 28-year-old outlined how at one point during the night, she tipped her hair over to put her hair in a ponytail, but accidentally fell over.

‘And then I woke up the next day and I had a chip in my tooth,’ she added, prompting gasps from the audience.

‘Very slight chip, but enough that the tongue magnifies it and you’re like, what have I done?’

Olivia donned Targaryen red for the London premiere of House of the Dragon this August (Picture: Gareth Cattermole/Getty Images)

As for whether anyone on set knew about Olivia’s hungover state, it seems she got off scot free… at the time.

‘No one knew on set… until now. That I was hungover,’ she said.

As for her tooth, Olivia confirmed she had it mended – but the chip has since reappeared.

‘I got it fixed, but then I bit into a baguette a week ago and now I’ve got it back again, just a little one,’ she told Jimmy.

In the next episode of House of the Dragon, viewers are set to witness the growing tension between Rhaenyra and Alicent unfold, with Rhaenyra being forced to present her newborn baby to the Queen (and her stepmother) minutes after giving birth.

Exits and ordeals are at the centre of the soaps this week (Picture: BBC / ITV / Lime Pictures) A number of soap favourites are set to depart their respective serial dramas this week and we’re not ready to say goodbye. Kelly Neelan’s exit is set in motion in Coronation Street, with an explosive week […]

The Queen beams at the camera in the newly released portrait (Picture: PA) An unseen portrait of the Queen smiling with joy has been released by Buckingham Palace on the eve of her funeral. Taken in May ahead of the Platinum Jubilee celebrations, the photo shows the monarch beaming brightly at the camera in her Windsor Castle […]

Toronto is your answer to a sustainable food-centered city break

Foodie? You need to go to Toronto (Picture: Metro.co.uk) Sipping on a glass of orange wine from the Niagara region, I was bracing myself for more of Toronto’s great tastes. I had already tried an eclectic mix of the city’s delicious locally sourced produce on a food tour just a few hours earlier and my belly […]