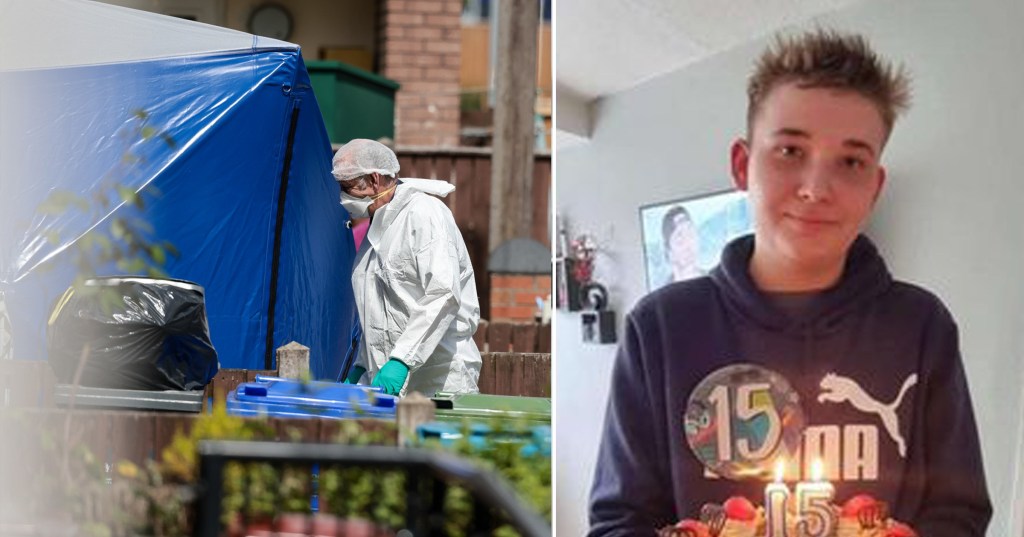 Suleman Altaf, 44, of no fixed address, has been charged with the murder (Picture: PA/MEN)

A man has been charged with murder after a teenage boy was stabbed to death.

Suleman Altaf, 44, of no fixed address, is alleged to have killed Jakub Szymanski in Miles Platting, Greater Manchester Police said.

The 15-year-old’s mother was also injured in the incident on June 9.

At the time, detectives described the attack as ‘ferocious’.

In a statement, Greater Manchester Police said: ‘Suleman Altaf, 44, of no fixed address, has been charged with murder, attempted murder and having a bladed article in a public place.

‘He has been remanded in custody ahead of a hearing at Manchester and Salford Magistrates’ Court today.

‘The charges relate to the fatal stabbing of 15-year-old Jakub Szymanski and the stabbing of his mother at a property in the Miles Platting area on Thursday.’

Emmerdale spoilers: Drugged up Leyla exposes herself in huge tirade?

Will Liam discover the truth? (Picture: ITV) Leyla’s (Roxy Shahidi) been finding it increasingly difficult to keep her drug habit a secret in Emmerdale, but an unexpected outburst could see her rumbled. Her addiction has been getting out of hand as she’s battled to hide the truth about her other life from husband Liam (Jonny […]

The living cost crisis is the ‘number one issue’ for voters, the prime minister said today (Picture: AP) Voters are ‘going through a tough time’, Boris Johnson has said following two huge losses in by-elections by the Conservatives. The prime minister’s comments came after Oliver Dowden resigned as Tory party co-chairman following the results. Mr […]