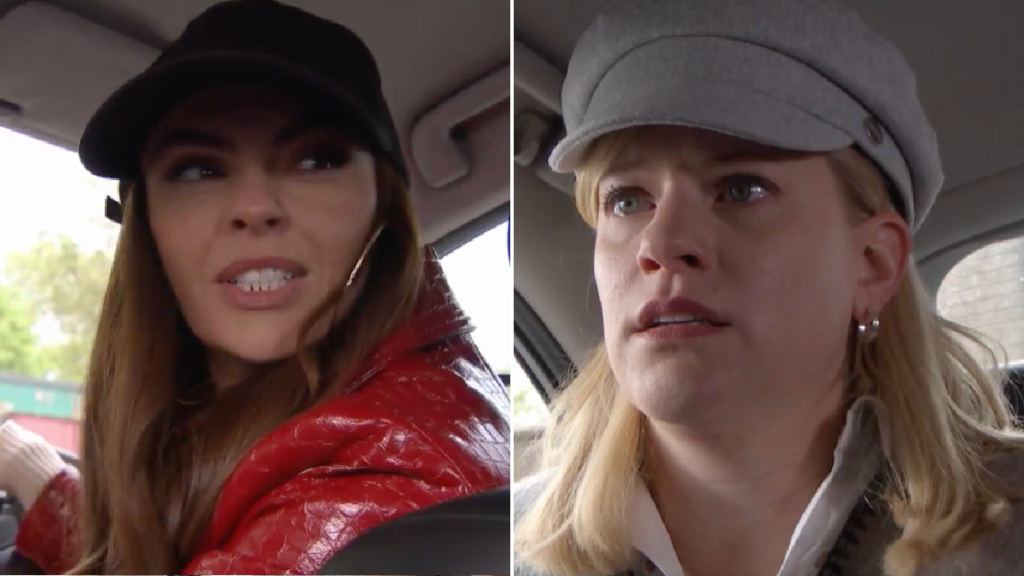 Hollyoaks’ Wendy Blissett (Jennifer Armour) will rue the day she crossed Mercedes McQueen (Jennifer Metcalfe), who at last has managed to reclaim the upper hand in their ongoing feud.

Wendy, as viewers know, has managed to obtain temporary custody of Bobby Costello (Jayden Fox), after successfully manipulating him into believing that Mercedes didn’t want him anymore.

Mercedes, however, has actually been hellbent on wining back her son’s trust, and she was forced to act quickly on Friday (June 17), after Sally St Claire (Annie Wallace) revealed that Wendy was in cahoots with murderous Silas (Jeff Rawle).

The former landlady of The Dog joined forces with both John Paul (James Sutton) and Goldie (Chelsee Healey), and together the trio searched high and low, hoping to locate Bobby before it was too late.

Bobby, meanwhile, was on a secret mission to obtain his passport, and after he did so, Wendy revealed that they were moving to America, before spilling the beans about how Silas is intent on killing her for failing to murder Sally!

The scales fell from Bobby’s eyes as he finally realised that Wendy had been manipulating him this whole time.

Determined to put a stop to her masterplan, he contacted Mercedes using his phone.

Wendy, believing that she had succeeded in convincing Bobby to come away with her, got into a taxi, but she got the surprise of her life when Mercedes turned out to be the driver!

‘Destination’s changed, love!’, exclaimed Mercy. ‘You are in for a treat!’

Mercedes drove off, taking Wendy with her.

The question is: just what does she have in store for her adversary? Will Wendy pay at Mercedes’ hands? Or will it be Silas that ultimately silences her?

Hollyoaks continues Monday June 20 at 7pm on E4, or stream the next episode first on All4 from midnight on Monday.

To view this video please enable JavaScript, and consider upgrading to a web browser that supports HTML5 video Sherwood writer James Graham has defended the Notts Forest reference used in the BBC drama after fans blasted the wording used in Monday’s episode. The six-parter explores the devastating killings that occurred in James’ Nottinghamshire hometown – […]

She’s injected more oomph into Love Island than all the contestants who have made the same pilgrimage to the villa combined (Picture: ITV/REX/Shutterstock) There was a time when I would long for the summer – and not because of the drinks in the park, weekend barbecues or chance to flaunt my illuminous pasty chest to […]

As a music manager, Glastonbury was a big feature for me every year (Picture: OLI SCARFF/AFP via Getty Images) I love Glastonbury Festival and I love being there as the ‘grandfather energy’. I love getting into discussions with young people about what they listen to, as well as what they wear and what they believe […]