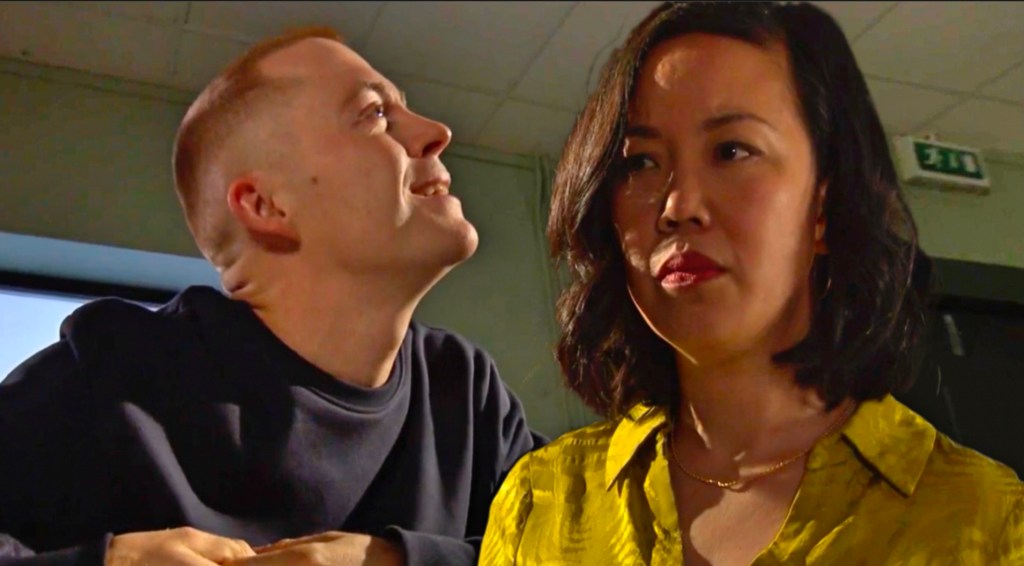 Honour’s career is on the line after she paid a visit to see Eric behind bars – and things went seriously wrong! (Picture: Lime Pictures)

Honour Chen-Williams (Vera Chok) could be set to lose everything in Hollyoaks after lashing out at incel Eric Foster (Angus Castle-Doughty), smacking him for what he did to Mason (Frank Kauer).

The psychiatrist paid Eric a visit in prison in a bid to help her son Mason, who has found himself isolated and alone after what he did to both Leah Barnes (Eva-May Demircan) and Ella Richardson (Erin Palmer).

Mason, as viewers know, was groomed and radicalised by incel Eric, who preyed on the vulnerable teen, poisoning his mind with his warped views of the world.

The Chen-Williams clan have been determined to help Mason, whose actions have led to his own sister Serena (Emma Law) disowning him and moving out, unable to live under the same roof as him.

Mason, determined to get answers, thought about paying Eric a visit in prison, but he was prevented from doing so when dad Dave (Dominic Power) found out about it, relaying the news to Honour.

Disabled woman who fell off wheelchair on plane walkway dies

Ahead of Neighbours’ historic comeback, fans can re-live classic episodes from later this month (Picture: Amazon Freevee) Amazon Freevee has revealed when Neighbours fans can expect the first batch of classic episodes and we couldn’t be more excited. The Aussie soap was rescued by Freevee last year, after previously being axed by Channel 5, who cited their desire […]