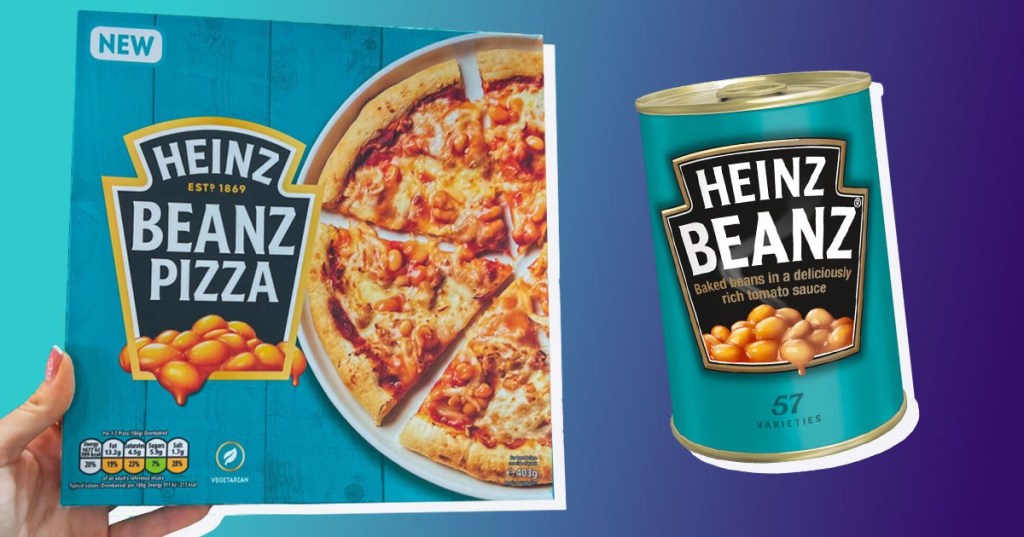 If you think pineapple on a pizza is controversial enough, how do baked beans as a topping sound?

A pizza covered in Heinz baked beans is now available to buy in supermarkets.

These pizzas can be purchased for £3 from Iceland and feature a crispy base topped with tomato sauce, mozzarella, cheddar cheese and, of course, the brand’s famous baked beans.

But this isn’t the first time the unusual pizza has hit supermarket shelves.

You can now add it to your basket (Picture: ElfinAinu/Reddit/Heinz)

In fact, it seems Heinz has resurrected the pizza after a 19-year hiatus – as it was previously sold in the 90s and disappeared from stores in 2003.

The baked bean pizza is one of many items the brand is pushing this year, including Heinz Beanz Burgerz, Heinz Beanz Bowls and, of course, Heinz Beanz Filled Hash Browns.

And it seems baked bean lovers should expect more to come.

Sophie Higgins, the head of growth platform, New Ventures at Heinz, says: ‘This is our fourth foray into the freezer aisles for Heinz Beanz over the past year, following the launch of our first frozen ready meals range – Beanz Burgerz, Beanz Bowlz, and Beanz Hash Browns.

‘But we don’t plan on stopping there. Make sure to watch this space for even more exciting Beanzy news.’

Naturally, the quirky pizza has caused quite the stir on Twitter – with mixed reactions.

While another added: ‘Pizza and baked beans have absolutely no right to be together. Not ever. Not even if they are Heinz beans.’

And someone else said: ‘To be clear, I think baked beans on a pizza should be a criminal offence.’

But others have welcomed the launch.

While another chipped in: ‘Beans on pizza is amazing, I love that it’s been made into an actual thing.’

MORE : Inside Hotel Chocolat: What it’s like behind the scenes of a chocolate factory – which produces 70,000 pieces every hour

MORE : How to make your own version of Costa’s viral Toblerone hot chocolate at home – for just 85p

Cristiano Ronaldo has accused Man Utd youngsters of not listen to him (Picture: Getty) Liverpool legend John Barnes has defended Manchester United’s young players after Cristiano Ronaldo lashed out at them. Ronaldo has accused United’s youngsters of not listen to him or following his guidance and claims they simply ‘don’t care’. That’s the latest from […]

F1 22 in particular is at its cheapest at GAME (pic: EA) This article contains affiliate links. We will earn a small commission on purchases made through one of these links but this never influences our experts’ opinions. Products are tested and reviewed independently of commercial initiatives. GAME has a number of unique PlayStation and […]

Jay is determined to help Lola (Picture: BBC / Jack Barnes / Kieron McCarron) As the traumatic storyline showing Lola Pearce (Danielle Harold) dealing with a terminal brain cancer diagnosis continues on EastEnders, it’s a difficult time both for Lola and for the people who love her.  Ben (Max Bowden) is doing everything he can […]