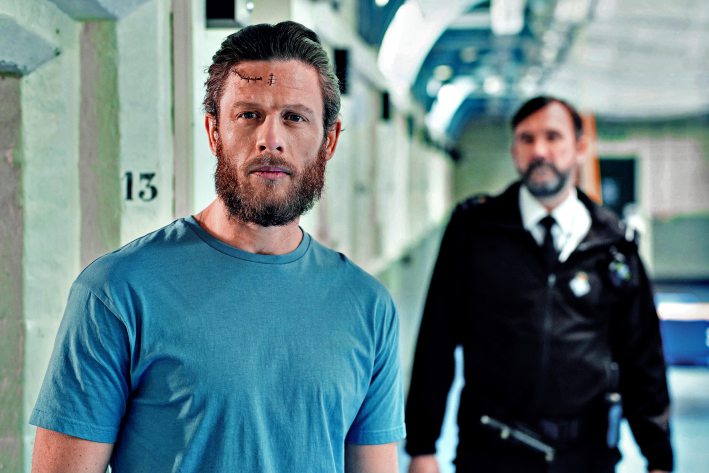 Dragged into court to be sentenced for another crime on top of the sentence he’d already serving, Royce flees the courtroom and escapes into the city.

It’s a shocking incident that has left fans of the police drama series petrified that Sergeant Catherine Cawood’s life could be in serious danger in the final stretch.

Catherine, played by Sarah Lancashire, warned her colleagues that Royce might try something, but her warnings were ultimately in vain.

And as if the shock of something so daring happening on TV wasn’t enough, it turns out Royce’s grand escape has a parallel in the real world.

As reported by Den of Geek, a 2019 murder trial in Russia was disrupted when the accused, 18-year-old Leonid Greyser, climbed out of the defendant’s glass box.

The shocking incident was captured on film at the time – Greyser attempts to flee by climbing out of the glass box and then up through the ceiling.

However, he was unable to make his escape, with surrounding officers able to subdue him and recover him, and Greyser was subsequently found guilty.

In a similar case in Manchester last year, a defendant in the borough of Tameside saw a 26-year-old man attempt to climb out of his holding room.

Fans are worried that Catherine might not make it to the end of Happy Valley (Picture: BBC/Lookout Point/Matt Squire)

He made it out of the building and onto the street, but was re-arrested shortly afterwards and returned to custody later on the same day.

So, as unlikely as Tommy’s plan might seem to TV viewers, it turns out real people have attempted to escape police custody via similar ways.

Sunday’s hour-long outing left viewers with just two episode to go before Happy Valley comes to an end, and many fans are dreading a potentially tragic outcome.

Many key plot points still remain in the balance: What else did Tommy do to Becky? Will Richard bring the Kneževićs down? Will Faisal get away with Joanna’s murder?

And, of course, the big question hanging over everything else, is whether Catherine will make it out alive now that her greatest foe is on the loose once more.

Jennifer Lopez lists stunning Bel-Air mansion for $42,500,000 as she prepares for new home with Ben Affleck

To view this video please enable JavaScript, and consider upgrading to a web browser that supports HTML5 video Jewish comedian David Baddiel has said Kanye West is a ‘danger’ to his children, following controversial antisemitic comments made by the rapper. In October last year, Kanye, 45, was temporarily suspended from Twitter shortly after writing: ‘When […]