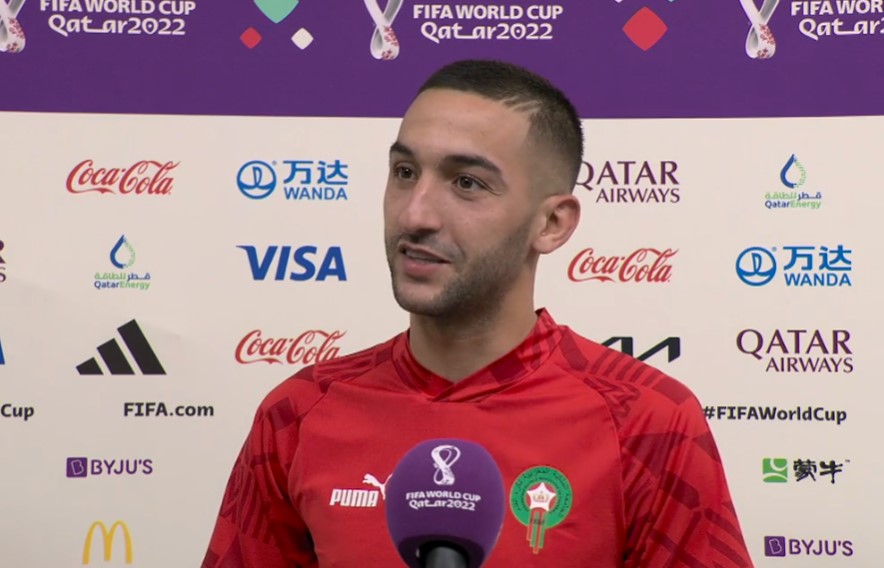 Hakim Ziyech has refused to rule out the possibility of leaving Chelsea in the January transfer window.

The 29-year-old has found it difficult to make an impact at Stamford Bridge since his £33.3 million move from Ajax in 2020, and has endured a difficult start to the new season having started just two games for Chelsea before the World Cup break.

Ziyech was heavily linked with a move away from Chelsea in the summer transfer window, with AC Milan, Tottenham and Manchester United all reportedly interested in the midfielder.

The Morocco international has also been urged to return to Ajax in recent weeks.

When asked by NOS if he will move back to the Eredivisie in the January window, Ziyech said after Morocco’s 0-0 draw with Croatia on Wednesday: ‘It’s hard to say, difficult to say.

‘We don’t know what will happen in the winter. It’s football, so it’s difficult to say.’

Ziyech was also urged to leave Chelsea by Netherlands legend Marco van Basten last month, who also claimed that the Premier League club have too many players in their squad.

‘It is sad and a shame. Ziyech is a great player. We have to see someone like that, we watch TV for such a player and we come to the stadium,’ Van Basten told Ziggo Sport.

‘It is a pity for the whole of football that he is on the bench. If these kinds of players do not get minutes, it is not good for football.

‘There should actually be a rule that clubs can only have a certain number of players.

‘So they [Chelsea] have way too many and that actually makes football less interesting. A player like Ziyech could just play at another club and entertain the fans.’

Are Vanessa and Suzy over? (Picture: ITV) There’s a tearful farewell coming up as Vanessa Woodfield (Michelle Hardwick) leaves Emmerdale for a new job in Canada – but is it also the end of her and Suzy (Martelle Edinborough)’s relationship, too?  Vanessa makes the decision to accept the job in Canada after a heated argument […]

You’ve probably noticed the abundance of festive films that popped up as soon as the clock hit midnight on October 31, when Halloween was officially over and Mariah Carey awoke from her slumber. The latest offering to hit Netflix might be the coziest one yet, with Justin Hartley, Barrett Doss and Bonnie Bedelia leading the […]

Gino goes to all his veterinary check-ups and is doing great in his retirement (Picture: Alex Wolf) Have you got a really elderly dog? Well, if so, you’d better register them with Guinness quickly if you think they can take on the mighty (and very cute) Gino, who at age 22 has been named the […]