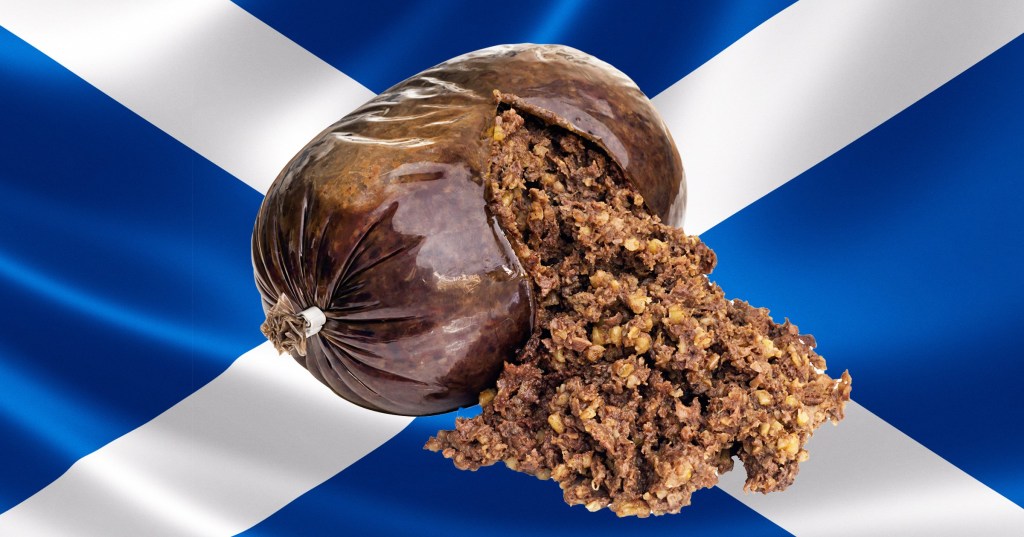 Love it or loathe it, haggis will adorn dinner plates across the world tonight.

Scotland’s national dish will be celebrated as thousands of families sit down to celebrate Burns Night.

Haggis – a mix of sheep’s heart, liver, and lungs combined with onion, oatmeal, suet, spices – was once a nifty cost-saving hack for farmhands of the north.

Making use of every part of the sheep was a way of making food go further and last longer.

But has the divisive dish been impacted by today’s cost of living crisis?

Tinned haggis sales have reached their highest level of sales since 2018 and Aldi has launched a budget range of Burns Night specials.

Some say this is down to more people celebrating the Scottish poet at home, rather than out at events.

Simon Howie, based in Perth, runs The Scottish Butcher brand.

The company’s factory in the village of Dunning has the capacity to produce around 30,000 haggis per day – be it regular, vegetarian or gluten free varieties.

Mr Howie told Metro.co.uk: ‘Sales of haggis are up but profits are slightly down due to the increased costs. Everyone is in the same boat.

‘We have faced price increases from our suppliers as well as our energy prices increasing to 10 times what they were last year but we have worked really hard not to pass the full impact for the increased costs on to the customer.

‘We can see that the retailers have done the same.’

Their haggis based products are booming – but it’s also the likes of mashed tatties and neeps that are seeing better sales than usual.

People could be taking steps to bring down costs where possible and avoid the timely process of boiling and mashing their own, he suggested.

Jake told Metro.co.uk: ‘In January, we found that supermarkets were getting very busy again.

‘Turnip sales, or swedes as they are known in some other places, have been doing especially well in the last couple of days.

‘We think it is because more people are having Burns Nights at home, that’s the only reason why turnip would be doing well.’

Jake confirmed ‘plenty haggis’ is going out the door for suppliers and food manufactures across the UK.

But for many, it’s the energy bills crisis that is the real concern.

He added: ‘The energy crisis is widespread in the industry now. It does take a bit of energy to make mashed tatties and the like, but we’re using energy people don’t have to use at home.

The makers of ChatGPT have launched a new tool that can help teachers detect if a student or artificial intelligence wrote that homework (Picture: AP Photo/Richard Drew) OpenAI, the creator of the popular chatbot ChatGPT, has released a software tool to identify text generated by artificial intelligence. On Wednesday, the company launched the AI classifier that […]

Rachel Stevens marks ‘new beginning’ as she moves out of family home, six months after splitting from husband

Rachel Stevens and Alex Bourne split last summer (Picture: Eamonn McCormack/Getty Images) It’s been all change for Rachel Stevens, as the singer has started a new chapter in her life, following her split from her husband. The S Club 7 star announced in July last year that she and Alex Bourne had parted ways, one […]