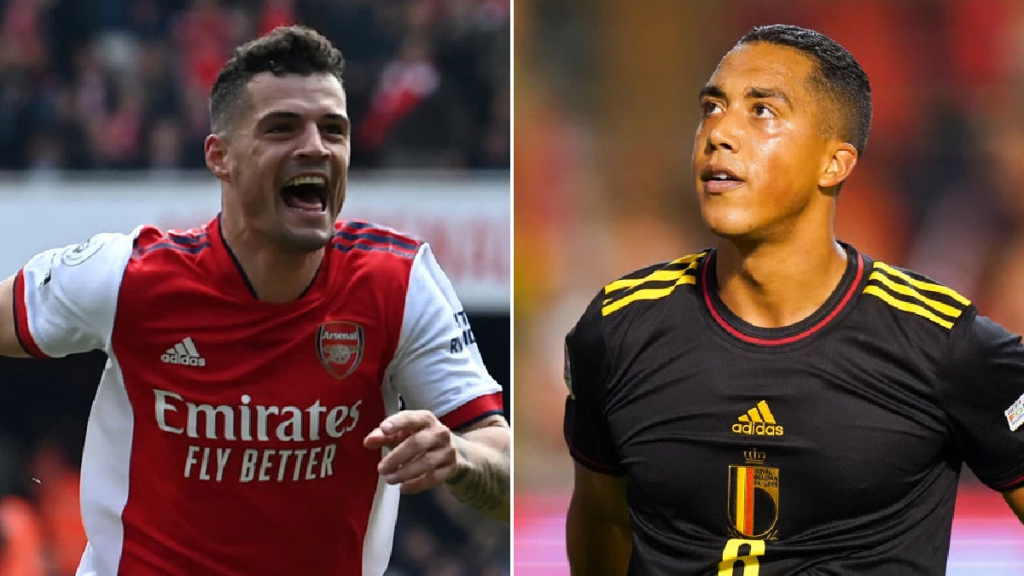 Arsenal are hoping to sign Youri Tielemans as a potential replacement for Granit Xhaka (Picture: Getty)

Arsenal’s failure to offload Granit Xhaka could cost them the chance to sign Youri Tielemans this summer.

After missing out on securing Champions League qualification following a late season collapse, the Gunners are embarking on an ambitious recruitment drive.

A £34million deal to sing Portugal Under-21 international Fabio Vieira has already been agreed and confirmed by Porto, while America international goalkeeper Matt Turner is set to arrive in time for pre-season training.

Arsenal are set to confirm the signing of Fabio Vieira from Porto (Picture: Getty)

Academy graduate Eddie Nketiah has signed a new long-term contract and the club are hopeful that Bukayo Saka will follow suit, while the Gunners remain confident that their forward line will be bolstered by the addition of Manchester City striker Gabriel Jesus.

A new left-sided centre-back is also seen as a priority, despite William Saliba’s return from a loan spell at Marseille, and Arsenal are expected to submit an improved offer for Ajax’s Lisandro Martinez after their initial  €30m bid was rejected.

Arsenal are also keen to strengthen their midfield engine room after they were forced to rely on Xhaka and Mohamed Elneny during the latter stages of a campaign that ultimately ended in failure.

Thomas Partey missed the run-in after suffering yet another muscular injury but Arteta retains faith in the Ghana international.

Leicester City’s Youri Tielemans had been identified as Arteta’s No.1 choice to succeed Xhaka and Arsenal were, as recently as two weeks ago, confident of sealing a £25m deal for the former Monaco star.

According to The Athletic, however, Xhaka’s continued presence could provide a stumbling block with Arsenal far more likely to complete the signing of Tielemans should the divisive Switzerland international move this summer.

Xhaka came close to leaving Arsenal 12 months ago but a move to Roma collapsed after the Serie A club failed to meeting the Gunners’ asking price and that escape route is now blocked after Nemanja Matic was reunited with Jose Mourinho earlier this week.

Tielemans, meanwhile, was close to agreeing a deal with Arsenal prior to last season finishing when it looked as though Arteta’s side were set to book their return to the Champions League.

Playing in Europe’s elite club competition next term is not thought to be a dealbreaker for Tielemans but he could yet opt to see out the remaining 12 months of his contract and have his pick of club this time next year, especially were he to impress at the upcoming World Cup in November.

Samantha Jackson worked at a branch of New Look in Sheffield A former New Look shop assistant has been awarder over £12,000 in compensation after her boss told her to wear ‘more fashionable’ shoes. Samantha Jackson told a tribunal she felt bullied by line manager Kirsty Sherburn, who knew she had a knee condition and […]

Daisy Edgar-Jones has revealed how filmmakers used chopped up pieces of fruit for a horrific penis-biting scene in her new movie (Picture: FilmMagic) Daisy Edgar-Jones has recalled a particularly gory scene from her new film Fresh. The award-winning actress, who shot to fame alongside Paul Mescal for her leading role in BBC Three’s Normal People, […]

Ukraine’s 2016 Eurovision Song Contest winner Jamala will take to the stage at Glastonbury (Picture: Getty) Glastonbury Festival will play host to a number of Ukrainian acts this year amid the Russian invasion of their country. Kyiv folk quartet DakhaBrakha will perform on Sunday afternoon on the Pyramid stage. The group, who combine the musical […]