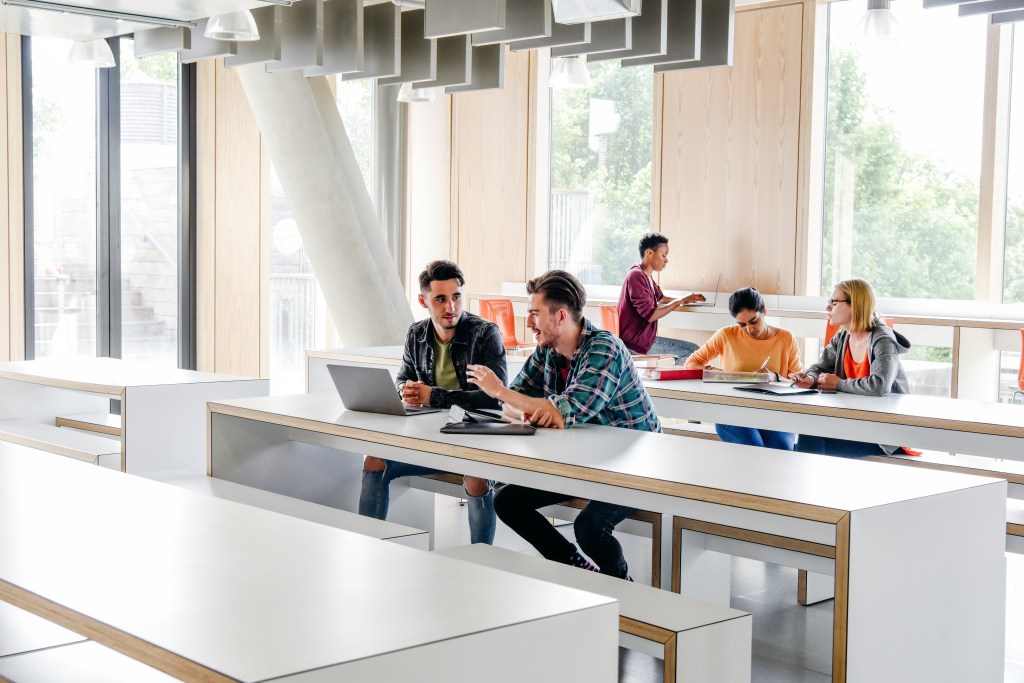 Number 10 is looking for ways to bring numbers down after numbers coming to the UK climbed (Picture: Getty)

Rishi Sunak is planning on targeting overseas students after immigration rose to a record high.

The government is looking at introducing new restrictions on ‘low quality’ degrees and preventing foreign applicants from bringing family members to the UK with them.

Curbs being considered by Downing Street could see international students barred unless they gain access to a high-ranking university.

The move was briefed after it emerged net immigration hit a new high, 12 years after David Cameron pledged to bring numbers down to the ‘tens of thousands’.

People arriving on study visas accounted for the largest proportion of long-term immigration of non-EU nationals, at 277,000, or 39% of the total, according to the Office for National Statistics.

There was a significant rise in students coming to the UK after a few years of lower numbers caused by the Covid-19 pandemic.

The ONS said ‘unique’ factors such as visa schemes from Ukrainian and Hong Kong citizens had also contributed to the increase.

In the Autumn Budget published earlier this month, the government said it expected immigration levels to return to pre-pandemic levels once ‘these temporary factors ease over time’.

Plans could include limiting admissions to high-ranking universities (Picture: Getty)

The prime minister’s spokesperson said he is ‘fully committed’ to reducing immigration and blamed ‘unprecedented and unique circumstances’ for the rise.

They added: ‘We’re considering all options to make sure the immigration system is delivering, and that does include looking at the issue of student dependents and low-quality degrees.’

Home secretary Suella Braverman has previously complained about foreign students ‘bringing in family members who can piggyback onto their student visa’ and ‘propping up, frankly, substandard courses in inadequate institutions’.

The move could potentially meet resistance from within the education department, which would be faced with a funding headache if numbers were restricted.

Overseas students paying higher rates than domestic applicants have become a major funding stream for universities and there is pressure on departmental budgets due to inflation and fiscal tightening from the Treasury.

Plans being considered by Rishi Sunak could face stern opposition from within Whitehall (Picture: EPA)

There could also be friction with the Treasury which will be opposed to any immigration changes which risk stifling growth.

Despite higher levels of migration to the UK since Brexit, the UK is struggling with skills and labour shortages in a number of industries.

Confirmed the UK will enter a recession, chancellor Jeremy Hunt last week insisted that immigration is required to boost growth.

He said: ‘There needs to be a long-term plan if we’re going to bring down migration in a way that doesn’t harm the economy.

Portugal suffered painful exits at Euro 2020 and the last World Cup (Picture: Getty/PA/Metro) Champions at Euro 2016 and the 2019 Nations League, Portugal is a team used to winning and they are eyeing up a hat-trick of trophies in Qatar. This is a squad packed with talent and household names, who will be looking […]

Owen Warner was desperate to find a mirror in camp (Picture: ITV/Shutterstock) I’m A Celebrity…Get Me Out of Here! campmates have to go without a lot once they enter the jungle, but Scarlette Douglas says Owen Warner was most concerned about a lack of mirrors at the beginning. The A Place In The Sun presenter […]