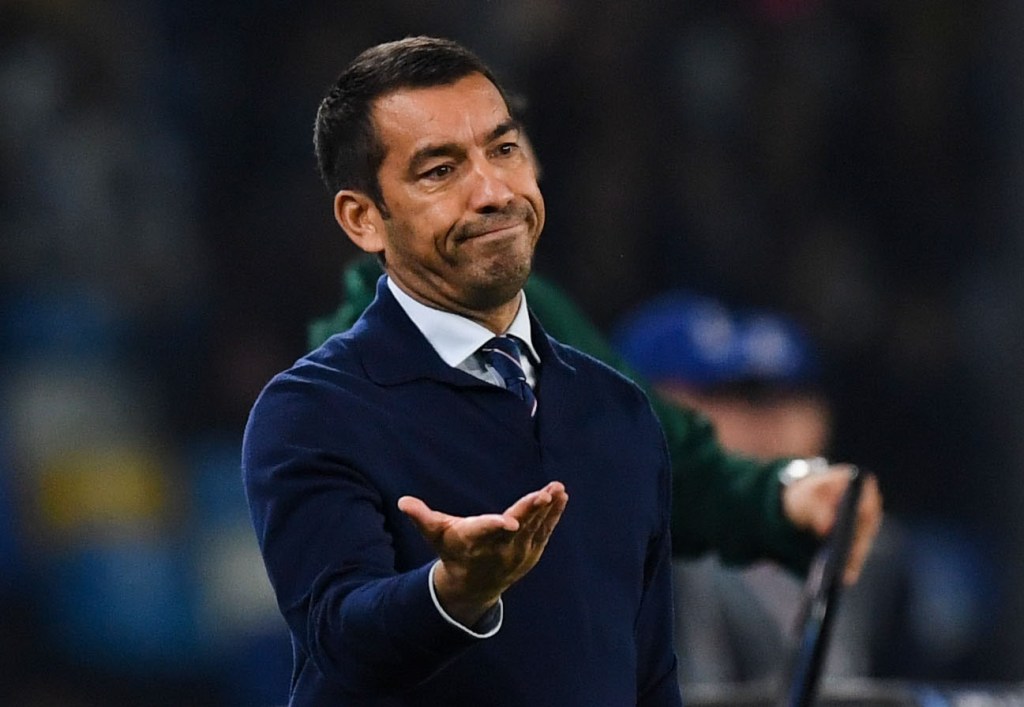 Rangers sacked manager Giovanni van Bronckhorst yesterday in the wake of a run of results that have ‘not met expectations’ and have left the club trailing nine points behind Celtic in the title race.

The Dutchman – a former player at Ibrox – was appointed as Steven Gerrard’s
successor a year ago and led the club to the Europa League final and a first Scottish Cup triumph in 13 years at the end of his first campaign in charge.

However, he has paid the price for a poor start to the season that saw Rangers endure a humiliating Champions League group stage while lagging way behind table toppers Celtic in the Premiership.

A statement from the Ibrox club yesterday morning read: ‘Rangers Football Club confirms today it has parted company with manager Giovanni van Bronckhorst.
‘The board would like to put on record sincere thanks to Gio for all his efforts since his appointment as manager.

‘Unfortunately, results and performances over recent months haven’t met expectations and the decision was made today by the board to terminate the contract of the manager. The search for the new manager is now under way.’

Chairman Douglas Park added: ‘I want to thank Gio for the hard work he has put in over the last 12 months and, especially, the achievements of taking the club to the Europa League final and winning the Scottish Cup last season.

‘Unfortunately, recent results have not met neither our nor Gio’s expectations, and we have taken this difficult decision today. Everyone at Rangers wishes Gio every
success in the future.’

Rangers are now on the hunt for their fifth manager in seven years. Their next match is after the World Cup break when they take on Hibernian at Ibrox on December 15 which gives the club time to find a successor.

Among the names in contention are former boss Steven Gerrard and his assistant at both Rangers and Aston Villa, current QPR manager Michael Beale.

The boys will be crowning a new King or Queen of the Jungle in no time (Picture: James Gourley/ITV/Shutterstock) While we don’t want to rain on anyone’s parade regarding I’m a Celebrity 2022 – which has been keeping us thoroughly entertained in recent weeks – every good thing must come to an end. I’m a […]

The Queen and Prince Andrewpictured watching Trooping The Colour in 2019 (Picture: Getty) The Queen responded to Prince Andrew’s recounting of his friendship with paedophile Jeffrey Epstein with a single word, according to a new book. Her Majesty is said to have ‘listened carefully’ to the Duke of York’s version of events, before replying simply: […]

Deceit and lies on the cobbles this week (Picture: ITV) There’s terror and tragedy ahead next week in Coronation Street – as teen Summer Spellman (Harriet Bibby) gets the worst possible news. Rocked by the loss of her baby and she soon has another decision to make, will she reveal the truth about what has […]