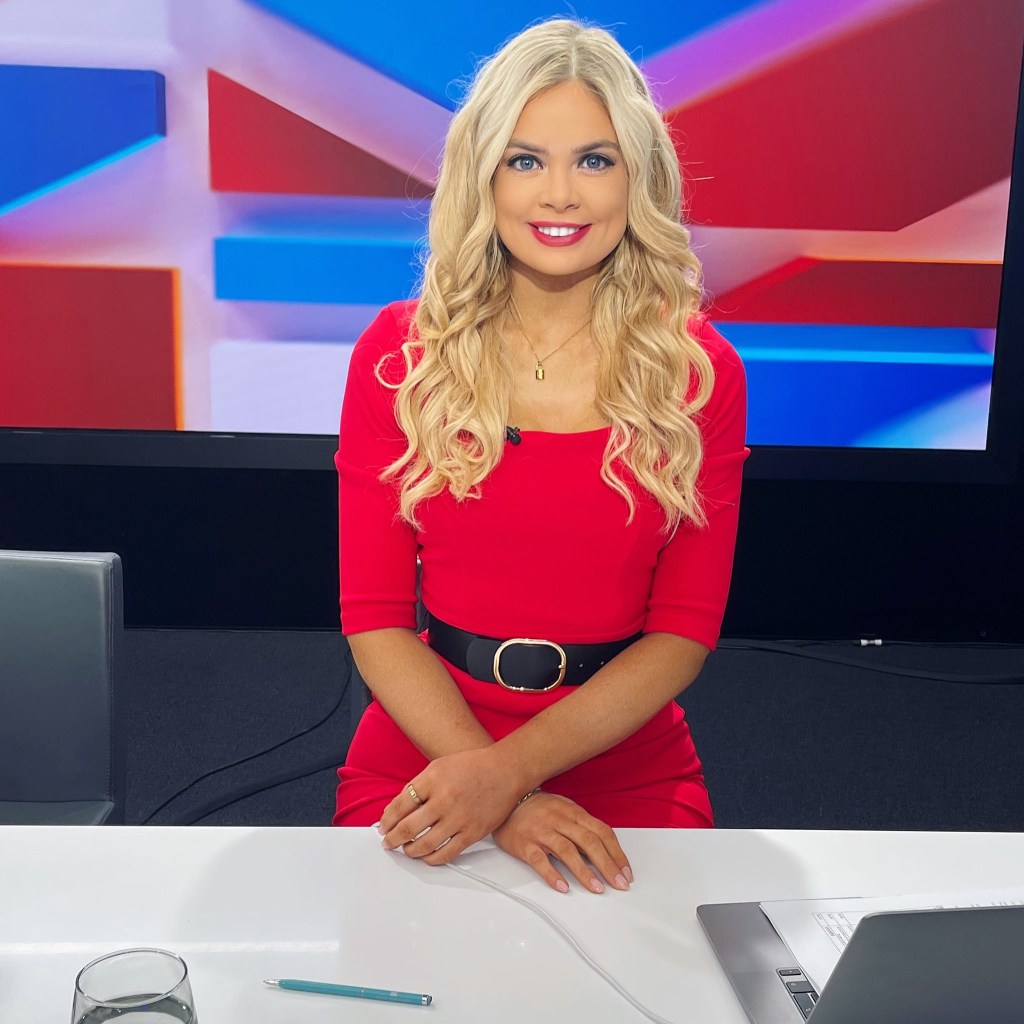 Ellie Costello was left suffering from ‘panic attacks’ and fearing for her safety (Picture: GB News/Instagram)

GB News presenter Ellie Costello has revealed she was left suffering from ‘panic attacks’ and feared for her safety after being stalked for over a year.

Costello, 29, was stalked by former Airline star Leo Jones, who had appeared on her GB News show as a guest.

Jones found fame on the ITV reality show before becoming a ‘travel expert’, and was given a five-year restraining order on Thursday.

The 41-year-old was also given a suspended jail sentence at St Albans Magistrates’ Court after leaving Costello in ‘constant stress’ for over a year.

Speaking to The Daily Mail, Costello revealed that she had never met Jones in real life, and had only interviewed him over Zoom.

He then started showing up at places she was filming, including into her studio at 5am during one occasion, but she was not at work that particular day.

‘I was crying in the witness room before I came into court today, it took everything in my body to do it but I wanted the court to hear me in person in my own words what this has done to me,’ she told the publication.

Airline followed the lives of EasyJet workers, running for eight years until 2006.

After his stint on the reality show, Jones presented himself as a ‘travel expert’, and commented on the travel industry under Covid-19 restrictions, and was interviewed by Costello on GB News in August 2021.

The pair exchanged messages after the interview thanking one another, but nothing further.

Jones was interviewed by Costello again in October, and he later suggested they should present a travel show together, and said: ‘I love seeing you in the morning X’

Costello didn’t respond, but Jones persisted with messages including: ‘You take my breath away,’ ‘You motivate me beyond words’, ‘I love seeing you’, and ‘You are my sunshine I love you’.

Jones then asked: ‘How long do I have to wait to see you it is driving me insane,’ Costello replied with: ‘Please stop messaging me it is beyond inappropriate.’

The court heard that the messages then stopped for only three months, before Jones used a separate Instagram account to message Costello saying:  ‘I know I’m not supposed to message you but thank you for everything you do for the travel industry,’ followed by ‘No one will ever come close to you’.

Costello then blocked all his social media accounts so he could not contact her.

In June this year, Jones arrived at the GB News studio in London and asked whether Costello was available.

He later sent her flowers with a ‘Something to say a good morning from Leo X’ message.

Costello also received an email from Jones via her website, in which he wrote: ‘Ellie I don’t want to be …read more

Who died in the final episode of The Walking Dead?

The finale didn’t disappoint (Picture: Jace Downs/AMC) Warning: This article contains spoilers for season 11 episode 24 of The Walking Dead. Sunday’s action-packed finale, titled ‘Rest in Peace’ marked the end of an era for TWD fans everywhere, and although we have a number of revivals to look forward to, viewers were struggling to make it through […]

Hate speech on Twitter is rising under Musk, warn campaigners

Twitter is radically reforming under the guidance of the world’s richest man (Credit: Reuters) Hate speech on Twitter is rising under Elon Musk’s ownership, online safety campaigners have said. That’s despite the billionaire’s claims it has been declining. The Centre for Countering Digital Hate (CCDH) said Mr Musk’s recent tweet suggesting hate speech impressions are […]

To view this video please enable JavaScript, and consider upgrading to a web browser that supports HTML5 video The Prince and Princess of Wales have met budding environmental tech entrepreneurs in Boston – and a little boy dressed as a familiar guardsman. William and Kate’s three-day trip to the US to stage the Earthshot Prize […]