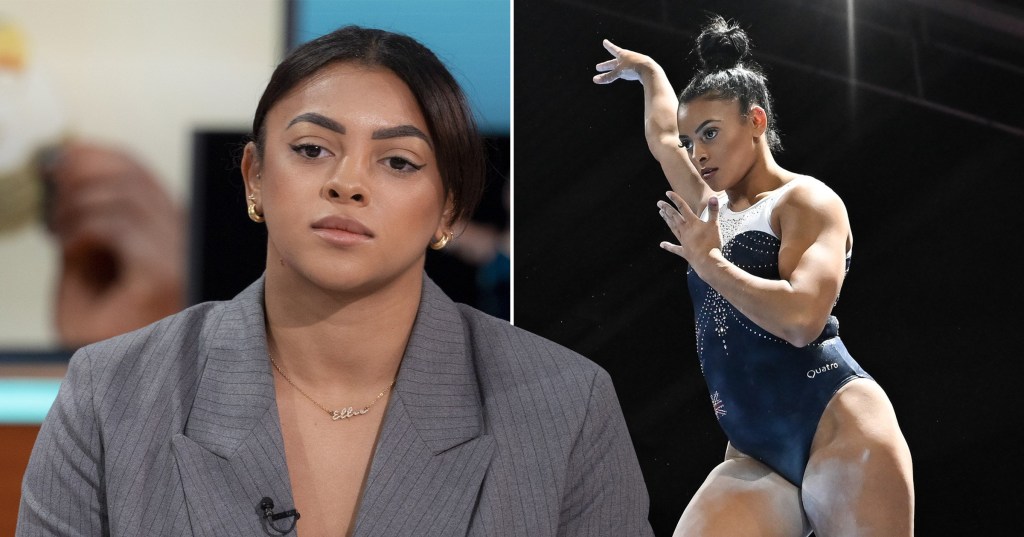 Gymnast Ellie Downie, who has announced her retirement from the sport at the age of 23, has claimed that she was ‘sat on by coaches’ and ‘had her bag searched for food’ during training.

In a statement published on social media this week, the former European Championships winner and Olympic medallist shared her ‘difficult decision’ to step away from the world of gymnastics.

‘After a really tough last few years, I’ve made the decision to prioritise my mental health and happiness. Gymnastics has been my life for as long as I can remember and I’m proud of everything I was fortunate enough to achieve in the sport,’ she wrote.

On Thursday’s Good Morning Britain, Ellie joined Adil Ray and Ranvir Singh in the ITV studio to open up more about her experiences in the gymnastics field.

Ranvir, 45, referenced the Whyte Review, an independent report examining allegations of mistreatment in the sport of gymnastics co-commissioned by UK Sport and Sport England, which was published in June last year.

‘There was a Whyte Review done, commissioned by UK Sport, which said – this was last year – “athletes in gymnastics were made to train on injuries, punished for needing the toilet, sat on by coaches, shouted and sworn at and had their bags searched for food”,’ the GMB co-host said.

Ellie announced her retirement from gymnastics this week (Picture: PA/ITV)

Ellie nodded while listening to the report’s findings being read out, before Ranvir asked her: ‘Is that what you went through?’

‘Um, yeah, we were definitely sat on by coaches, like in terms of stretching reasons,’ she responded.

‘Like if you were needing to have your hamstrings stretched, a coach would sit on your back. I’ve definitely had my bag searched for food.’

Ellie replied: ‘It all happens when you’re so young. I think the first time it happened to me I was on a training camp and I was like 10. They just search your bags for food.’

The journalist looked aghast, expressing her horror that Ellie alleged this happened to her when she was 10 years old.

‘Yeah. And they just search your bags for food to make sure you’ve not brought any other food with you, but you normally do that because you know that you normally can’t eat when you’re on a training camp,’ the retired artistic gymnast added.

Adil, 48, also brought up Ellie’s claim that when she was on painkillers for an injury, ‘somebody said “I hope they’re diet pills”.’

Ellie said that this did happen to her, …read more

To view this video please enable JavaScript, and consider upgrading to a web browser that supports HTML5 video Jewish comedian David Baddiel has said Kanye West is a ‘danger’ to his children, following controversial antisemitic comments made by the rapper. In October last year, Kanye, 45, was temporarily suspended from Twitter shortly after writing: ‘When […]

The livery for the Haas VF-23 has been revealed! (Photo: Haas) Haas have become the first Formula 1 team to reveal the livery for their 2023 car – offering fans their first glimpse of what this year’s grid will look like. However, this is not the final look of their challenger for this season, with […]