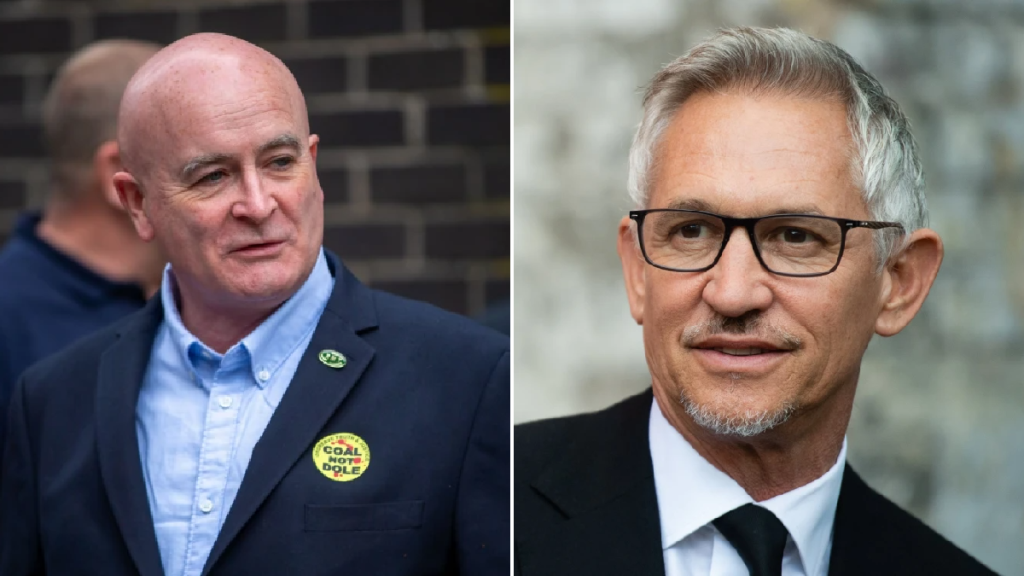 Mick Lynch has won himself a bunch of new fans, including some famous faces, after his blistering appearance on BBC’s Question Time overnight, as well as various TV interviews in the week.

The secretary-general of the National Union of Rail, Maritime and Transport Workers has been doing the media round amid crippling rail strikes, and while the disruptions have caused massive inconvenience across the country Lynch has managed to win a lot of the public over with his continued take-downs of opponents on screen and matter-of-fact delivery.

It comes as train passengers continue to be hit by the largest strike by rail workers for 30 years, with much of Britain having no passenger trains for the entire day on Tuesday, with the London Underground also going on a separate strike.

On Thursday night Lynch appeared on the BBC show, hosted by Fiona Bruce, and was joined by guests including Conservative MP Rachel Maclean.

And while there was a moment in which his comments on different maintenance teams servicing different tracks in close proximity to one another elicited boos and groans from the audience, stars like Gary Lineker were clearly won over as they reacted to his appearance, which at one stage saw Lynch claim Boris Johnson’s ‘main problem is he’s unembarrassable’ by his ‘failures…and behaviour’.

The Match Of The Day pundit risked the wrath of impartiality censors when he wrote on Twitter last night: ‘Whatever your view on the strike, one thing we can surely agree on (we won’t, obviously) is that Mick Lynch is bloody good.’

Gary Lineker was one to praise the RMT secretary

Whatever your view on the strike, one thing we we can surely agree on (we wonât, obviously) is that Mick Lynch is bloody good.

Comedian Danny Wallace had earlier tweeted ‘G’wan, Mick Lynch’ to a video of his recent TV interviews, before writing on Twitter during the programme: ‘#Questiontime feels a bit of a stitch-up.’

Following Lynch’s clash with Ms Maclean over whether or not a Network Rail letter had a written guarantee of no compulsory redundancy, India Willoughby wrote: ‘Mick Lynch is great. Just made a fool of Rachel 🤣

The House star wrote on Twitter: ‘I don’t know enough about the rail dispute. I only observe that RMT’s Mick Lynch cleaned up every single media picador who tried their luck today.’

In response to the Sky interview, after Burley claimed Lynch …read more

M48 Severn Bridge closure: What alternative routes can you take?

The Severn Bridge will be closed while repair works are carried out (Picture: Matt Cardy via Getty Images) The M48 Severn Bridge will close on the last weekend of June so workers can carry out a safety inspection – but a major fire on the M4 Prince of Wales Bridge nearly threatened to cancel the […]

Fans of The Beatles musician are not happy (Picture: Yui Mok/PA Wire) Sir Paul McCartney has kicked off his set at Glastonbury 2022, making history as the oldest ever solo headliner in the festival’s history a day after Billie Eilish’s electric set. However, fans of The Beatles rocker who want to watch from home have […]