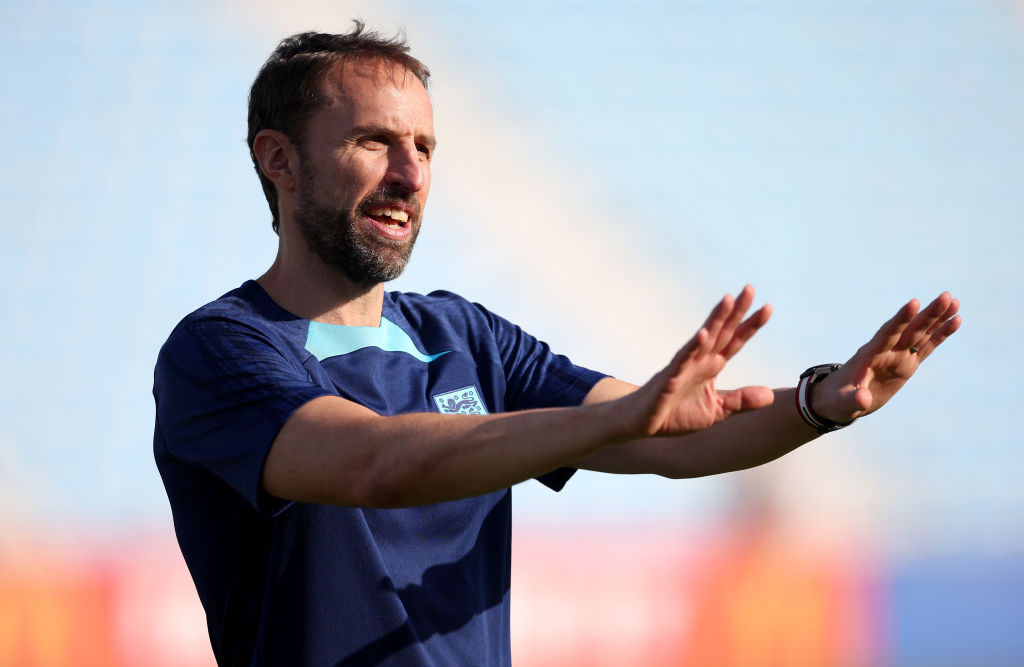 Yunus Musah could have been lining up for England at the World Cup had Gareth Southgate had his way (Picture: Getty)

Gareth Southgate has fanned the flames ahead of England’s World Cup showdown with USA by revealing he was unhappy the Three Lions’ Group B rivals poached former Arsenal youngster Yunus Musah.

The 19-year-old failed to make the grade in north London but has since established himself as one of the most exciting young talents in La Liga with Valencia.

Musah will line up against his former Arsenal alumni Bukayo Saka this evening but it could have been a different story had England and Southgate had their way.

‘They took one of ours which we weren’t too happy about! ,’ Southgate told reporters ahead of tonight’s clash in .

‘With Yunus it was strange situation because he was in our Under-19s really. We went into the pandemic so it wasn’t possible to see games and travel.

‘But in the end you’ve got to go with you heart. He is very good at progressing the ball and driving past people. He is a player we have to respect.’

Musah had represented England at Under-18 level and at one point the Football Association was convinced he would commit his international future to Southgate’s team.

Yunus Musah failed to make the grade at Arsenal but is set to star for USA against England at the World Cup (Picture: Getty)

Instead, Musah, who has been linked with a return to Arsenal, will feature prominently for England’s opponents in what will represent a proud moment for Gunners legend Freddie Ljungberg.

The former Sweden international played a key role in the development of both Musah and Saka during his time as a youth coach with his former club.

He told the Daily Mail: ‘For me, it is unbelievable to see – it’s a really cool thing.

‘But for them it will be so much bigger and better. It’s a special day for both of them. It is amazing to see two players from the Arsenal academy that played with each other from when they were 14 or 15 years old to now playing against each other when they are 19 and 21 for two different countries and on the biggest stage of the World Cup.

‘The steps they have taken compared to five or six years ago shows how quickly it can go in football.’

‘Yunus was put up a couple of age groups to play in the team with Bukayo because I thought he had the talent,’ recalled the Swede.

‘He was a bit younger and worked really hard. Yunus left when I went to Germany which was sad that Arsenal let him go.

‘That’s how the world is and it’s nice to see him is making a name for himself.’

Cuba Gooding Jr. admits he was a ‘moron’ at time of groping scandal in first interview since avoiding jail: ‘I didn’t mean to disrespect anyone’

To view this video please enable JavaScript, and consider upgrading to a web browser that supports HTML5 video Cuba Gooding Jr. has admitted he was a ‘moron’ for being ‘carefree’ in clubs and bars but continues to deny allegations of abuse made against him. The actor, who most recently played O.J. Simpson in American Crime […]

Spider keeps the job in mind (Pictures: ITV) Toyah (Georgia Taylor) was left heartbroken in tonight’s episode of Coronation Street when she made a shocking discovery about Spider (Martin Hancock). A viral video that showed a gang of racist thugs attack Daryan (Twana Omer) had made its way round the residents of the street and […]