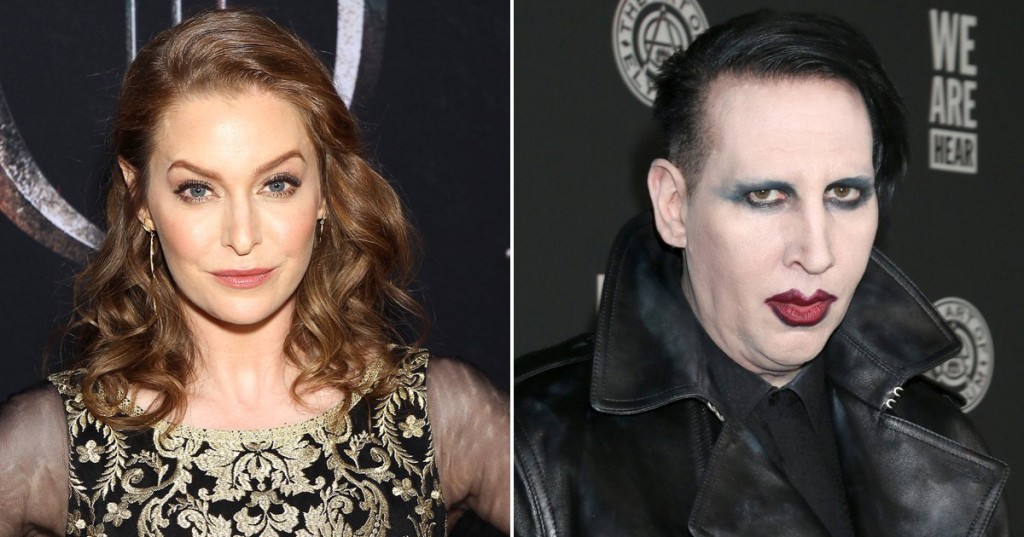 Game Of Thrones star Esme Bianco has agreed to settle a US federal lawsuit with Marilyn Manson, after she accused him of physical and psychological abuse.

The 40-year-old previously came forward as a survivor of abuse when she testified in front of the California Assembly in 2019 to help reform domestic violence laws, but did not name her alleged abuser.

In that same year, Bianco claimed that Manson, real name Brian Warner, left her with post-traumatic stress disorder and derailed her career after subjecting her to years of torment.

Bianco – best known for playing Ros in three seasons of Game of Thrones – met Manson through his then-partner Dita Von Teese in 2005; like Von Teese, Bianco is a burlesque performer.

In the lawsuit filed in federal court in Los Angeles in 2021, Bianco alleged Manson, whose legal name is Brian Warner, violated human trafficking law by bringing her to California from England in 2009 and 2011 under the false pretences of roles in music videos and films that never materialised.

Esme is best known for playing Ros in Game of Thrones (Picture: HBO)

In a statement obtained by NME, Bianco reached an agreement in her lawsuit against Manson and his record company in order to move on with her life and career’, lawyer Jay Ellwanger said in an email.

Bianco began a long-distance affair with Manson, and alleges that the Beautiful People singer would bite her without her consent during sex.

In 2011, Bianco left her husband and moved to LA to live with Manson, where she alleges the star began to control what she wore and when she slept.

Bianco claimed that on one occasion, Manson ‘repeatedly cut her torso with a knife’, saying: ‘ I just remember laying there, and I didn’t fight it. It was kind of this final-straw moment where I had lost all sense of hope and safety.’

Manson allegedly sent a photo of the cuts to his personal assistant Ashley Walters, who has also accused the rockstar of abuse.

In a bombshell report by Rolling Stone magazine in November 2021 which includes accounts of his accusers, it was said the singer allegedly converted a cramped glass vocal booth in his West Hollywood flat into a ‘cell.’

Manson has denied all the claims, stating his relationships ‘have always been entirely consensual’, and called the accusations ‘horrible distortions of reality’.

If you’ve got a celebrity story, video or pictures get in touch with the Metro.co.uk entertainment team by emailing us celebtips@metro.co.uk, calling 020 3615 2145 or by visiting our

Ekin-Su returned to the ice with a bang (Picture: Rex Features) Ekin-Su Culculoglu is no doubt relieved to have received applause from the Dancing On Ice judges following her latest skate, after a stressful week of criticism.  The Love Island star has been at the centre of controversy after her racy outfit during the first […]

Ready for one more go in the dojo? (Picture: Curtis Bonds Baker/Netflix) Cobra Kai, the Karate Kid spin-off that’s proved a sensation among Netflix subscribers, is set to come to an end with season 6. The announcement was made with a teaser for the upcoming final outing, which first premiered in 2018 on YouTube Red, […]