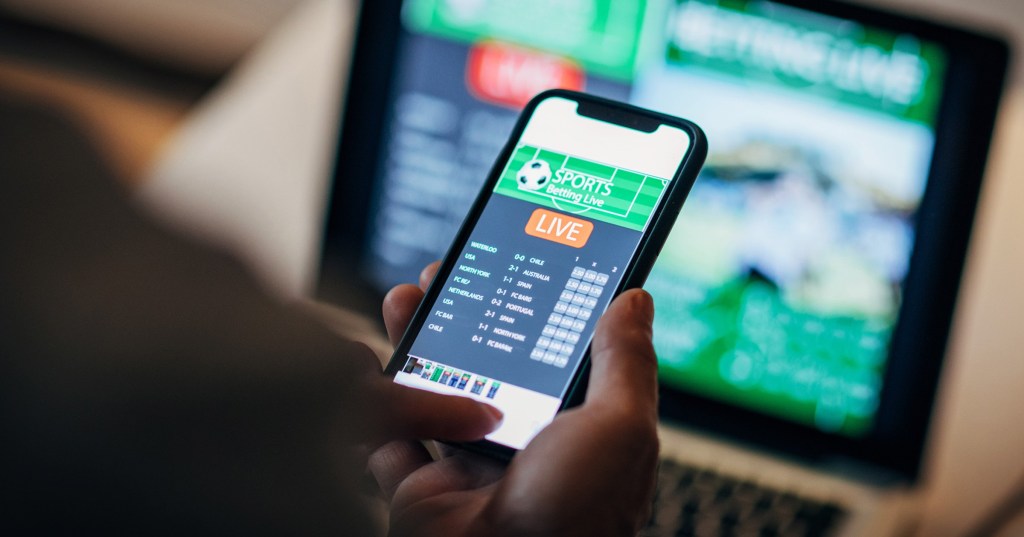 A doctor who treats people led to the brink of suicide by gambling addictions says clinics are ‘full of young men in football shirts’.

The damning comments come as the NHS has revealed it has seen a 42% rise in demand for treatment linked to betting problems across England.

Doctor Matt Gaskell,a psychologist who working with patients dealing with gambling addictions, said the industry is increasing the number of suicidal men going to A&E.

Speaking to The Times as the World Cup gets under way, a major driver for betting on football, he blasted the ‘predatory tactics’ of betting firms.

Dr Gaskell continued: ‘People start gambling as soon as they wake up in the morning; they’re gambling in the shower, gambling while they’re driving to work. The NHS is picking up the tab.

‘There has been an increase in people turning up at A&E in crisis, in a state of suicide. People are completely desperate, begging for help and seeing suicide as a genuine escape.’

According to Dr Gaskell, three quarters of patients are men and most are in their 30s.

He added: ‘One of the first things I noticed was that groups were filled with young men wearing football shirts. That hasn’t stopped.’

Football is closely associated with betting and many clubs and tournaments have commercial relationships with gambling companies (Picture: Getty)

The NHS stopped accepting cash from the gambling industry to help fund the treatment of people suffering with addiction earlier this year.

At the time, the head of mental health for England said it was ‘heavily influenced’ by patients who felt uncomfortable using a service paid for by the companies they blame for their problems.

Between April and December last year, 668 people with the most severe gambling addiction issues were referred to NHS gambling clinics.

The north of England has the highest proportion of at-risk gamblers, with 4.4% of adults in the North West and 4.9% in the North East being the most at risk of addiction.

Overall, it is estimated that around 0.5% of the UK adult population, around 246,000 people, are likely to have some form of gambling addiction and 2.2 million are at risk.

The industry makes profits of over £14 billion a year from gambling in the UK.

GambleAware accounts show it collected £16 million between April and December last year in voluntary donations from the gambling industry to fund a range of treatment services.

Microsoft has cut prices on several of its Surface devices for Black Friday (Credit: Microsoft) This article contains affiliate links. We will earn a small commission on purchases made through one of these links but this never influences our experts’ opinions. Products are tested and reviewed independently of commercial initiatives. Microsoft has kicked off its […]

Juliet was left in tears as Misbah revealed her diagnosis (Picture: Lime Pictures) Juliet Nightingale (Niamh Blakshaw) broke down in James’ (Gregory Finnegan) arms in Hollyoaks as she was diagnosed with Hodgkin’s lymphoma. The popular character, as viewers know, was informed that she might have cancer earlier this week after a trip to the hospital […]