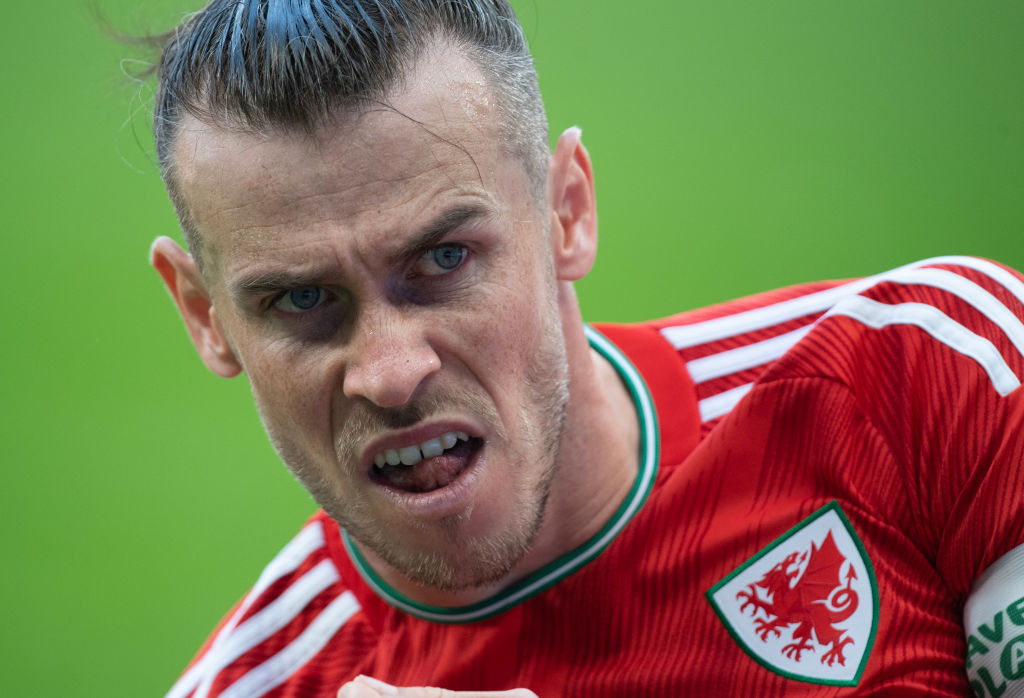 Gareth Bale was poor as Wales were beaten 2-0 by Iran at the World Cup on Friday (Picture: Getty)

Gabby Agbonlahor has slammed Gareth Bale for his poor performance against Iran and has called out Wales stars for disrespecting England.

Bale could not help Wales as they lost 2-0 to Iran in their second World Cup Group B match in Qatar following two dramatic late goals.

Wales’ hopes of qualifying for the last 16 now hang by a thread and they must beat England on Tuesday to have any chance of making it to the next round.

Englishman Agbonlahor feels Bale was ‘poor’ in the defeat to Iran and called out Wales duo Kieffer Moore and Sorba Thomas for what they said about England in the build-up to the tournament.

‘Shocking from Wales, but a lot of credit to Iran,’ Agbonlahor told talkSPORT. ‘They’re no mugs and they showed that, they deserved the three points.

‘Kieffer Moore likes to talk about how he wants to knock England out, but doesn’t show it on the pitch.

‘Gareth Bale was poor again today, he didn’t turn up. Him and Aaron Ramsey didn’t get on the ball, didn’t try to take anyone on.

‘It was poor from Wales… all the best trying to get a result against that England squad of players.

‘It looked like Gareth Bale was saving himself. I said during the game, ‘Is he playing?’

‘You didn’t see him for 10, 15 minutes, he wouldn’t touch the ball. You’re thinking is he carrying something? Is he scared of getting injured?

Wales striker Kieffer Moore says he “can’t wait” to knock England out of the #FIFAWorldCup in Qatar.#BBCFootball #BBCWorldCup

‘What they showed in the second half against the USA, it was promising, but to watch them tonight… they are [going] out now.

‘To go out like this, it is shameful really. How can you have players before the World Cup like Kieffer Moore saying, ‘I can’t wait to knock England out’.

‘Sorba Thomas [saying], ‘We don’t fear England, why can’t we be the ones to knock them out?’

‘Players shouldn’t talk like that before a tournament. You concentrate on playing.

‘Now they’ve got their medicine, and England will give them a good beating next week. They’ll be out.’

MORE : How it unfolded: Iran beat Wales in stoppage time after Wayne Hennessey sent off

Jordan Henderson opened the scoring for England in a memorable match (Picture: Getty Images) England overcame a nervy start to power to a 3-0 victory over Senegal in Qatar, setting up a huge World Cup quarter-final clash with France. It was not quite as straightforward as the scoreline suggests, with the African champions making a […]

Fury and Usyk came face-to-face after his win at the Tottenham Hotspur Stadium (Picture: Getty) Tyson Fury hurled abuse at Oleksandr Usyk as the two shared a tense stare down ahead of their eagerly anticipated undisputed heavyweight clash in early 2023. ‘The Gypsy King’ defended his WBC title in a comfortable victory over old rival […]

Amy wants to help other brides (Picture: PA Real Life) A mum-of-two has launched a support platform to help stressed out brides after battling trauma while planning her own nuptials. After getting engaged, Amy Patterson, 24, from Manchester, became overwhelmed when her son Charlie, now 15 months, was diagnosed with talipes equinovarus, also referred to […]