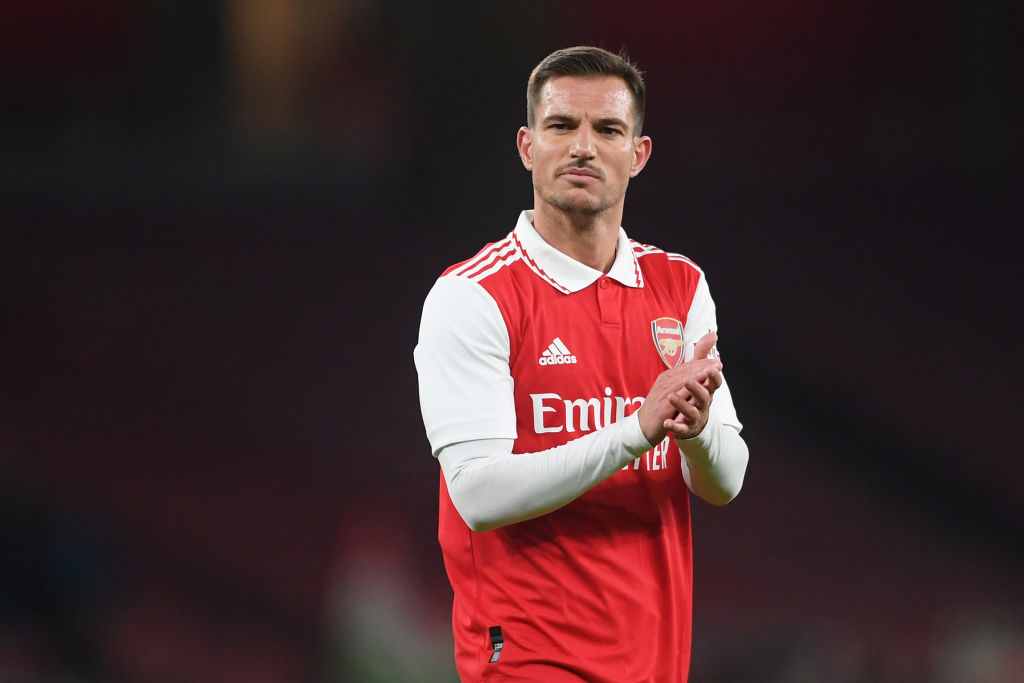 Cedric Soares is set for a loan move across London (Picture: Getty Images)

Fulham have struck a deal to take Arsenal defender Cedric Soares on loan for the rest of the season, with his playing opportunities at the Emirates extremely limited.

The 31-year-old has not started a Premier League game yet this season, making just two substitute appearances in the top flight, while he has only made two other appearances in cup competitions.

The Portugal international is primarily a right-back but can fill in at left-back and even the centre of defence, but despite his versatiltiy he has found playing time very hard to come by under Mikel Arteta this season.

Fulham manager Marco Silva worked with Soares at Sporting and has been keen to reunite with the defender at Craven Cottage.

Silva’s side are enjoying a fantastic season after promotion from the Championship, currently seventh in the Premier League and in contention for European football.

ESPN report that a deal has been agreed for Soares to move across London on a six-month loan with no option or obligation to buy in the summer.

The defender’s contract at Arsenal runs until 2024 and his future with the Gunners will be discussed at the end of the season.

The ESPN report states that Fulham will cover Soares’ wages in full, which are close to £100,000-a-week.

Soares first joined Arsenal on loan from Southampton in January 2020, making the move permanent that summer and going on to make 59 appearances for the club across all competitions.

With Ben White and Tomehiro Tomiyasu competing for the right-back slot and Kieran Tierney and Oleksandr Zinchenko battling it out for the left-back position, his chances have been more limited than ever this season.

MORE : Weston McKennie’s dad hits back at Arsenal fan who claimed midfielder is not good enough for the Gunners

Beyonce is heading on tour! (Picture: AP) Beyonce has finally confirmed that she is heading on a world tour later this year, after releasing Renaissance last summer. Taking to Instagram, the Cuff It singer shared a snap of herself decked out in a bejeweled outfit while straddling a giant silver horse, complete with a cowboy […]

Get ready for a new month (Picture: Getty/Metro.co.uk) January may have been a slog for you, but it’s finally on its way out. February’s arrival signals new beginnings in a different way, as the days gradually get longer and we start to see signs to springtime. It’s also a month that’s free of retrogrades, so […]