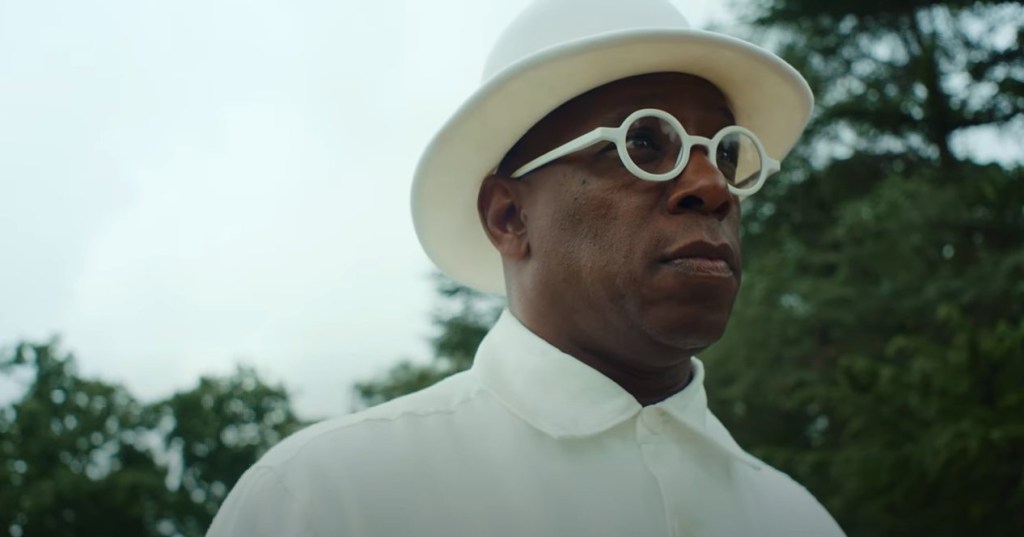 Ok, we need to talk about the sheer number of cameos in Stormzy’s Mel Made Me Do It music video.

From Usain Bolt to Louis Theroux, Little Simz, Dave and Ian Wright as well as Jose Mourinho and a tribute to the late Jamal Edwards, Stormzy’s poignant new track, as well as the accompanying music video, is one for the history books on so many levels.

The rapper has returned with full force for his first solo release in almost three years, which is a seven-minute tune backed by an almost-11-minute music video directed by KLVDR that ultimately cements his icon status as he raps about his Goat credentials.

As well as the famous cameos, such as an appearance from Jonathan Ross, Stylo G makes a musical addition and Michaela Coel narrates a striking monologue celebrating Black talent, written by Wretch 32.

Ian Wright makes an appearance while also scoring a name-drop in the monologue, with: ‘It’s often “greatness” comes to mind, but footballing legends like make Ian Wright greatness come to sight. Our DNA empowers us. We can make a song and dance out of everything. Our genes are enriched – it seems there is not a seam out of place in our fabric…’

Brenda Edwards makes a stirring appearance with the pinnacle of the clip, backed by Coel, featuring a photo of the late Jamal Edwards, whose platform SBTV was pivotal in launching the career of Stormzy.

Ian Wright gets a cameo and a name drop in a monologue (Picture: Stormzy / youtube)

Stormzy’s own family also appear during a kitchen scene along with his personal chef, Chef Vickz.

The lyrics point to the legendary status of Stormzy, case in point: ‘I’ve been the goat for so long I guess it’s not exciting when I win boo-hoo someone grab the violins.’

Usain Bolt catches them on the telly (Picture: Stormzy / youtube)

He also references heading to Cannes as well as headlining Reading and Leeds ‘like it’s easy’.

We await with bated breath to see if Mel Made Me Do It will land on Stormzy’s anticipated third studio album, with the rapper previously releasing acclaimed Gang Signs & Prayer in 2017 and Heavy Is the Head in 2019.

Cameos in Mel Made Me Do It:

Khloe Kardashian and Tristan Thompson have had a rollercoaster relationship (Pictures: E! / Hulu) Khloe Kardashian has opened up about the moment Tristan Thompson secretly proposed, leading her to turn him down. The former couple, who recently welcomed their second child together via a surrogate, sparked engagement rumors throughout their relationship. The reality star refused […]

Five dead after mass shooting in Texas, suspect in custody