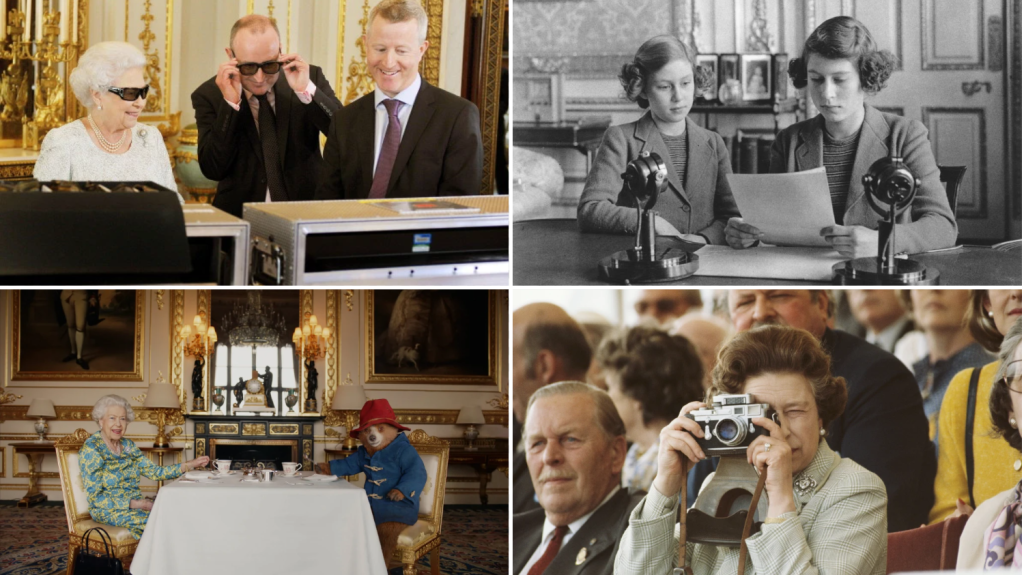 From 3D speeches and Paddington Bear sketches to her first tweet and passion for photography, here’s a look back at Elizabeth II’s love of technology over her 70-year reign.

Whether it was innovative air travel like with Concorde in 1977, or the latest way to communicate via a thing called an email, or even a video call and a tweet, Queen Elizabeth always occupied a front row seat when it comes to the history of tech innovation.

She saw extraordinary change in tech throughout her reign, so here’s a look at the Queen Elizabeth’s biggest tech moments throughout the years.

Back in October 1940, at the height of the Blitz, the then 14-year-old Princess Elizabeth delivered her first morale-boosting speech from Windsor. It was broadcast on the radio during BBC’s Children’s Hour radio, to reassure children being evacuated from London, who would be ‘separated from loved ones’.

Following that, her decision to televise her coronation in 1953, against the strong advice of Churchill, was a major TV event, and one that also triggered a rush purchase of TV sets (and rentals) across Britain.

By 1957, the Queen delivers the first televised annual Christmas address in black and white, making history in the process. ‘I very much hope that this new medium will make my Christmas message more personal and direct’, she said of this broadcast landmark.

The first long-distance call in the UK,1958

According to the Telephone museum, Queen Elizabeth II made the first ever direct-dial long-distance call made in the UK.

Otherwise known as a subscriber trunk call, it was made from the Central Telephone Exchange in Bristol, to the Lord Provost of Edinburgh, 300 miles away, and marked a major milestone in telecommunications history. ‘This is the Queen speaking from Bristol. Good afternoon, my Lord Provost,’ she said.

Queen Elizabeth II’s funeral: All the key events as they happened
Date predicted for coronation of King Charles with ‘announcement expected soon’
Holly and Phil shouldn’t lose their jobs over queuegate – but they do need to revamp their image
Where has Queen Elizabeth II been buried and can you visit her tomb?
All the tributes the Royal Family have paid to the Queen following her death

Despite being one of the most photographed people on the planet, the Queen had a penchant for looking down the lens to capture her own subjects.

It started with the Box Brownie her father gave her before World War II, and …read more

Fans are disappointed that it won’t premiere on Halloween, but they’re still excited for the series (Picture: Netflix) Good news! The Addams Family spin-off series about Wednesday Addams finally has a Netflix release date. What’s more, that release date (November 23) happens to be a Wednesday. A live-action adaptation following the life of the sarcastic […]