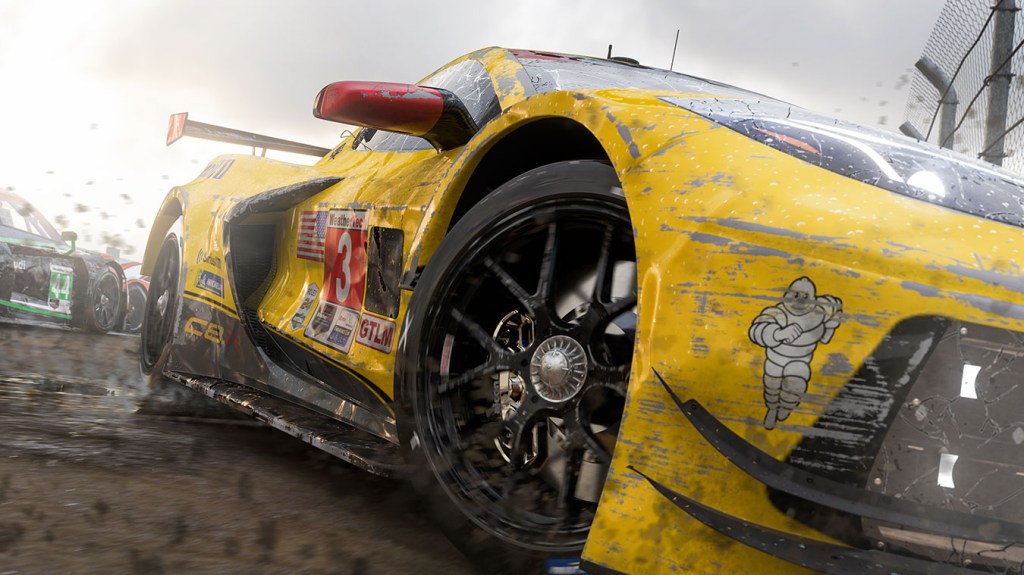 No ray-tracing for Xbox One owners though (pic: Turn 10 Studios)

Unlike Gran Turismo 7, the Forza Motorsport reboot promises to have ray-tracing enabled during gameplay, not just replays. Or does it?

Among all the announcements and reveals during last weekend’s Xbox & Bethesda showcase, the Forza Motorsport reboot was perhaps the most technically impressive.

Aside from boasting potentially the best graphics on the Xbox Series X/S, developer Turn 10 Studios has pushed its real-time ray-tracing in particular, which will allow for more realistic lighting.

Creative director Chris Esaki has elaborated a little further on that element, promising that ray-tracing will be present during gameplay, and can be affected by the dynamic day/night system.

‘Ray-tracing is here. It’s on track and most importantly, it’s real-time gameplay,’ he explained in an attempt to clear up any ambiguity.

‘I really want to make that clear: when we say ‘on track’, that doesn’t mean ‘Oh it’s only in replays or it’s only in photo mode on track’… We’re not trying to mislead you here.

‘When you are racing, when you are playing the game, ray-tracing is on. I just want to be really clear about that.’

It’s worth remembering that Forza Motorsport’s visuals won’t be as impressive on the Xbox One. Things like ray-tracing and the day/night system will be exclusive to the Xbox Series X/S version.

You can listen to Esaki’s comments on ray-tracing in the latest Forza Monthly video below, from the 16:45 mark.

While he never refers to it by name, it’s clear that Esaki is alluding to Gran Turismo 7, the latest entry in Sony’s exclusive racing sim series.

Gran Turismo 7 offers ray-tracing on PlayStation 5, but not during actual gameplay. So, that’s a point in Forza Motorsport and Turn 10’s favour.

Gran Turismo 7 is also guilty of being riddled with microtransactions and has faced criticism for pushing players into spending real money to acquire new cars.

There are currently no signs of Forza Motorsport doing this, although there have been rumours that it was originally meant to be free-to-play, as the series itself is no stranger to microtransactions.

Forza Motorsport releases for Xbox One and Xbox Series X/S in 2023.

MORE : Leaked Forza Motorsport images show it running on Xbox One – could be out this year

MORE : Gran Turismo 7 has Sony’s lowest ever Metacritic user score and it deserves it

To submit Inbox letters and Reader’s Features more easily, without the need to send an email, just use our Submit Stuff page …read more

Things are going full steam ahead on the set of Barbie (Picture: Backgrid/Mega) More glorious pictures from the Barbie live-action movie set are here, and this time we’re getting roller skating Barbie, as well as the first look at co-stars including Will Ferrell. Just days after we were treated to star Margot Robbie dolled up […]

Katie served as bridesmaid for her little sister, Sophie, while her kids had roles too (Picture: Emma Brooker Photography) Katie Price has shared the first pictures of herself with sister Sophie from her wedding day on Wednesday. Taking to Instagram, the former glamour model shared a candid shot of herself with bride Sophie, helping her […]

The Dutch midfielder is edging ever closer to the exit door (Picture: Getty Images) There is an increasing sense around Barcelona that Frenkie de Jong must be sold this summer with the club’s hierarchy now extremely unlikely to back away from negotiations with Manchester United, according to reports. The midfielder is new Red Devils boss […]