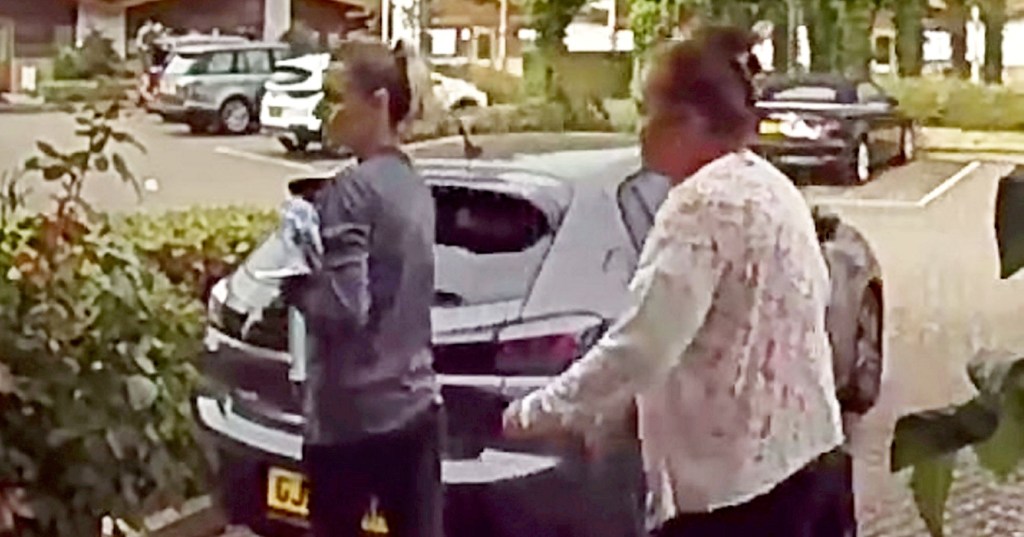 A serial conwoman who swindled a pensioner out of £500 by pretending to be a police officer has been convicted of fraud for the 18th time.

Kathleen Perry, 57, turned up at the elderly man’s doorstep and threatened to arrest him for child abuse unless he handed over his bank card and PIN number.

The victim later told a court he didn’t give her permission to use the card and ‘thought she was taking it to her sergeant to check’.

Accompanied by an accomplice, Emma Fuggle, Perry drove to a cashpoint and withdrew two lots of £250 before returning the card to the man and telling him she would be back the next day.

But he eventually realised what had happened and called relatives, who informed police.

Detectives later identified her and Emma Fuggle as the same culprits in a similar con a month earlier in which a 69-year-old woman was tricked out of £220.

The victim heard a knock on the door and opened it to find Perry, who claimed to be a social worker.

Perry said a neighbour, who had recently died, had ordered a delivery of bedding before she passed away and that it needed to be paid for urgently.

She convinced the woman that the dead neighbour’s family would reimburse her if she handed over her bank card and PIN number to cover the cost.

Again accompanied by Fuggle, she went to a cashpoint and withdrew one lot of £120 and one of £100.

But Perry was caught on CCTV making the withdrawals and taken into custody, where she gave up her accomplice and tried to shift blame onto her.

She also suggested the cash from her elderly male victim was payment for sexual favours.

Perry was found guilty on four counts of theft and two counts of fraud by false representation, adding to 17 previous convictions for fraud which most recently saw her jailed for six years.

Fuggle previously pleaded guilty to her part in the case. The pair will be sentenced separately at later dates.

Mariah Carey still puts on a show, no matter which way you slice it (Picture: Cara Howe/NBC via Getty Images) Mariah Carey continues to be our official Queen of Christmas and her performance at the 2022 Macy’s Thanksgiving Day parade on Thursday is truly a lesson in collecting your fee for doing the bare minimum. […]