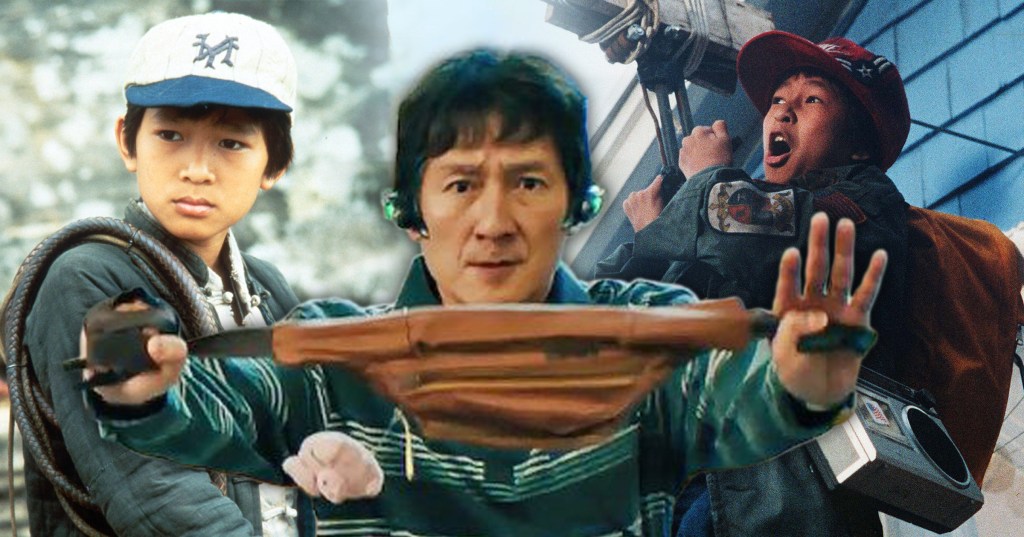 Ke Huy Quan landed his first ever acting roles as a teenager in two of the biggest films of the 1980s: Indiana Jones and the Temple of Doom and The Goonies.

Just a few years later, he stopped acting for two decades – not out of choice, but due to the total lack of opportunities for Asian actors. He instead took on jobs behind the camera, mostly stunt coordinating. Now, he’s returned with his first role in 20 years in sci-fi phenomenon Everything Everywhere All At Once alongside Michelle Yeoh and Jamie Lee Curtis. But the decision to return was far from easy.

‘I was content working behind the camera all these years,’ Ke, now 50, told Metro.co.uk.

‘I wanted to be up on the screen with them. When I started thinking about getting back to acting, I had numerous conversations with my wife. I wanted to do it but I was very afraid, I was afraid because I didn’t know if the audience wants to see me back. It wasn’t a decision I could make myself because now I have a wife and we needed to make it together.

‘We talked about it. She said, “You’ve got to be prepared to audition for roles and get rejected again, and again, and again, just like you did when you were in your younger days.” I didn’t know if I was ready for that. As an actor, one of the most difficult things is, you get an audition, and then you get rejected over and over again. I guess it’s alright when you’re 18 or 21, you’re just starting out. But for someone like me, I’m a middle-aged man. I didn’t know if I could take it or not.

‘I thought about it for a long time and it was not a decision that was made lightly. In fact, my wife and I were continuously talking about this for more than a year.’

Getting emotional, Ke recalled how he finally called an agent friend of his to tell him he had decided to return to acting.

‘Two weeks later, I got a call about this film.’

Ke received a call for Everything Everywhere All At Once two weeks after he decided to return to axcting (Picture: AGBO)

Everything Everywhere All At Once is unlike any other film. The mind-blowing sci-fi romp, directed by Dan Kwan and Daniel Scheinert (known as the Daniels), follows a mother (Michelle Yeoh) who is told she must connect with parallel universe versions of herself to stop the end of the world.

Kaley and Tom have made it official (Picture: Getty/ Rex) Kaley Cuoco could barely wipe the smile from her face as she stepped out with new boyfriend Tom Pelphrey for the first time.  The former Big Bang Theory actress recently confirmed she was dating the Ozark actor by sharing loved-up photos of them together on […]

Helen returned to the screens for the first time since her split (Picture: David Greaves/News Images) Helen Skelton was all smiles as she returned to the screen following her split from ex-husband Richie Myler.  The Countryfile presenter, 38, fronted Saturday’s Hull KR v Catalan Dragons rugby game on Channel 4. Helen – who is filling […]

Neighbours’ final ever scenes ‘leaked’ as ending is ‘confirmed’ Special I’m A Celebrity series ‘lines up Helen Flanagan’ for jungle return Faye Brookes celebrates as her mum completes bowel cancer treatment The family To view this video please enable JavaScript, and consider upgrading to a web browser that supports HTML5 video In the wake of […]