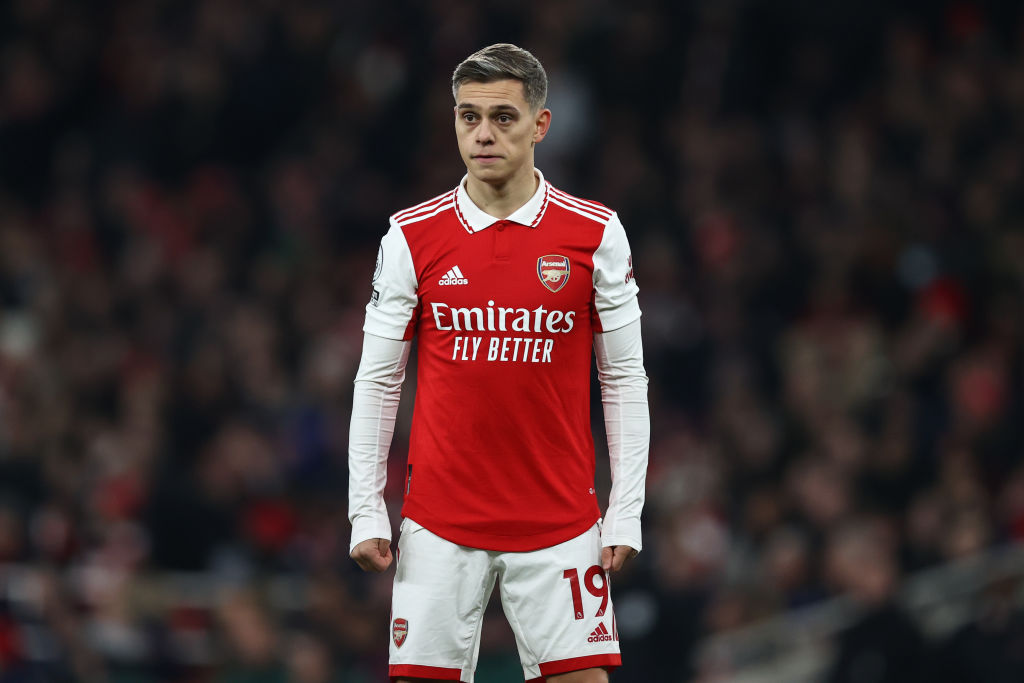 Arsenal are perched at the top of the Premier League table after a stunning first half of the season.

And the club have elected to dip into the market to strengthen Mikel Arteta’s hand for the second half of 2022/23, which could see the Gunners’ land their first Premier League title since 2004.

The north Londoners agonsingly missed out on their top target Mykhailo Mudryk, who was closing in on a deal to move to the Emirates before Chelsea hijacked their bid for the Ukrainian international at the eleventh hour.

Here is a round-up of every deal Arsenal have made during the January transfer window 2023 so far.

Which players have Arsenal signed so far?

Here are the players Arsenal have signed in the January 2023 transfer window.

The 28 year-old was the club’s first new signing through the door after completing his switch from Brighton on January 20.

It is thought Arsenal have paid the Seagulls an initial £20m for Trossard’s services, with the deal potentially reaching as much as £27m in add-ons.

Trossard scored seven goals in 16 games for Brighton before heading off with Belgium to the World Cup, including a hat-trick against Liverpool at Anfield in October.

The forward, who has reportedly signed a four-and-a-half-year deal with the option for a further year, made over 120 appearances for Brighton after moving from Genk in 2019.

Speaking to the club’s website, Arteta said: ‘It is good work from everyone at the club to complete the signing of Leandro.

‘He is a versatile player with high technical ability, intelligence and a great deal of experience in the Premier League and at international level.

‘Leandro strengthens our squad as we head into the second part of the season and we’re all looking forward to working with him. We welcome Leandro and his family to Arsenal Football Club.’

Kiwior joined Arsenal on January 23 from Serie A side Spezia.

The Polish centre-back has moved to north London in deal worth around £20m, signing a four-and-a-half contract with the option of a further year.

Kiwior, 22, featured for Poland at the World Cup in Qatar and such is his versatility, has also been deployed as a defensive midfielder.

Speaking after securing the switch, Kiwior told club media: ‘When I saw my name on an Arsenal shirt for the first time, I just laughed! I was so happy to see my name on the shirt of such a huge club.

Jamie Carragher was critical of Chelsea’s transfer policy (Photo: Sky Sports) Chelsea still have two huge problems to deal with even after spending a record amount on transfers this season, according to Jamie Carragher. Graham Potter’s side signed eight new players in the January window at a cost of around £296million, ending their flurry on […]

‘I go home with a smile on my face’: Two care workers reveal what they love about a career supporting others

There are many varied, rewarding roles available as an adult social worker (picture posed by models) What if you could choose a job where you make a meaningful difference to people’s lives every day? One that is constantly varied, with a huge number of different roles available and with flexible hours to fit around your […]