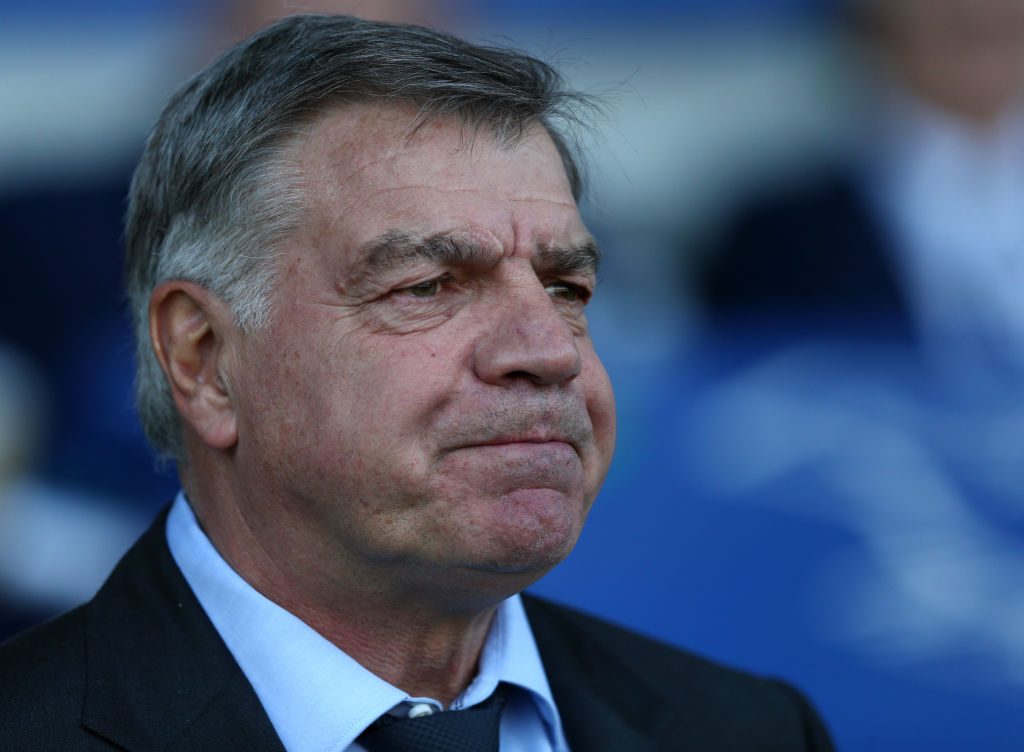 Everton are ‘broken’ and their problems can’t be fixed overnight because they run so deep.

That’s according to former Toffees boss Sam Allardyce, who says the lack of structure at Goodison Park means managers are unable to succeed.

The Toffees sacked Frank Lampard this week and they hope to appoint former Leeds boss Marcelo Biesla as his replacement.

However, the Argentine is wary of taking charge and has told the club that they need more pace in the squad to convince him to join.

With less than a week left in the transfer market, the Toffees face an uphill task to get the right players in and they’ve been dented by an astonishing last minute u-turn by Arnaut Danjuma.

The winger was set to join from Villarreal but he pulled out of a deal at the last moment and is set to join Tottenham instead.

It’s symptomatic of the problems at Goodison Park and Allardyce says any manager would struggle at the club.

‘They’ve had Rafael Benitez and Carlo Ancelotti, so it’s not the managers. It’s the infrastructure they haven’t got right. The fundamental thing with a club the size of Everton is obviously structure,’ said Allardyce.

‘There has to be a structure and support for that structure with everybody put in the right place. Just as they teach you in business school, the top guys in and the next level underneath and so on, that is exactly how football has to be

‘Every department has to be in unison and working in the same direction, that’s not happened at Everton, and that is why they are still broken. There are levels that have to be put in place over a number of years, and it doesn’t happen overnight.’

Serving Met officer who worked at school admits having sex with girl, 14

With Bielsa’s appointment in doubt, Allardyce has been linked with a return to the club.

The former West Ham boss took charge for a seven-month spell in 2017 but his style of play angered supporters.

And Allardyce says he’s not in line to make a return to the blue half of Merseyside.

‘If I was going to Everton, they’d have already rang me. I have a lot of respect for (majority owner) Farhad Moshiri and the money he has found for Everton,’ said Allardyce.

‘Obviously, they haven’t invested like Newcastle. They have invested in players that haven’t delivered under two different managers.

‘I only bought two when I was there, and I am still proud of my achievement because it was the best of any recent manager. They need someone to go over there that can get the team functioning correctly straight away.’

Jay Leno was involved in a horrific motorbike crash earlier this month (Picture: AP) Jay Leno was left with several broken bones after a terrifying motorbike accident – weeks after he suffered third-degree burns in a fire. The comedian, 72, revealed that he was ‘knocked off’ his bike on January 17 while riding in Las […]

Love Island’s new host has shared a horrific story (Picture: ITV/Shutterstock) Love Island’s Maya Jama has revealed she suffered a horrendous fall when she was 17 which left her in a wheelchair. The 28-year-old was due to host a hip-hop party in Cyprus before she fell over a kerb the night before, and was hospitalised […]