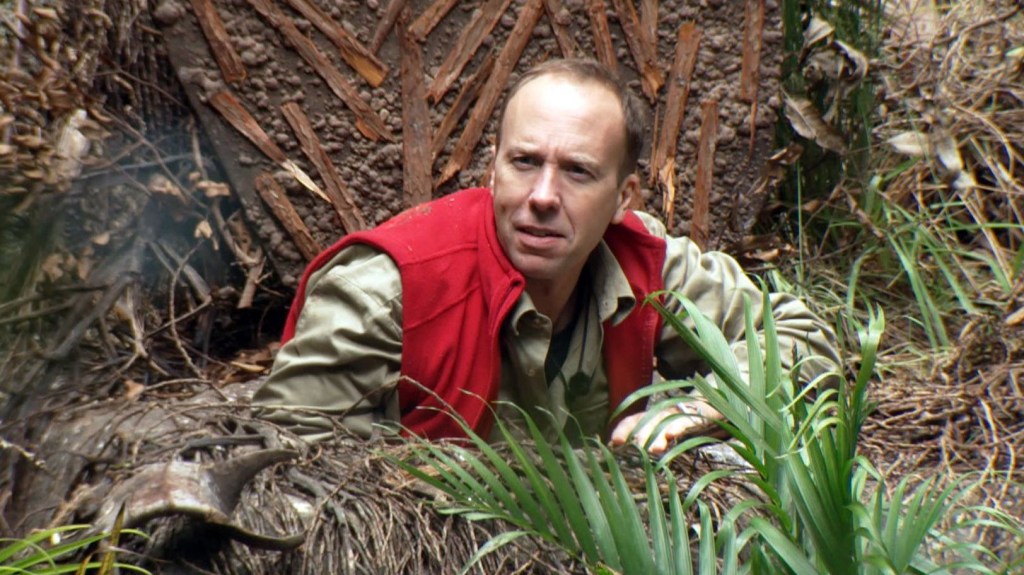 Matt Hancock has been desperately trying to redeem himself in the I’m A Celebrity… Get Me Out Of Here! jungle after his reputation crashed and burned as a result of his own actions during the pandemic.

And, arguably, it seems to be working so far as he has yet to be eliminated from the ITV show, which has so far booted out Babatunde Aléshé, Boy George, Sue Cleaver, Scarlette Douglas, and Charlene White.

Over the course of his journey on the programme, the former health secretary revealed to his fellow campmates that he’s seeking forgiveness for his handling of the Covid crisis and exposed affair with aide Gina Coladangelo.

Hancock also said that breaking his own guidance was a ‘mistake’ but he did it because he ‘fell in love’.

But now he’s been given the platform for a redemption arc, what could Hancock’s career in entertainment look like after I’m A Celebrity? Will he be given his own spin-off show or tell-all documentary? Will he achieve celebrity status?

What will happen if Matt Hancock actually wins I’m A Celebrity?

First things first, let’s have a look at whether going on the show has harmed Hancock’s reputation.

Alex Andrew, reputation specialist at The PHA Group tells Metro.co.uk that as it currently stands, the politician hasn’t done any damage so far, which might be frustrating news for some.

Despite winning many people over though, Andrew suggests there shouldn’t be too much to panic about because it’s improbable he’ll be the next big thing – even if he is miraculously crowned King of the Jungle.

‘With the odds and the country stacked against his win, it’s unlikely Hancock will reach the final of I’m A Celebrity, but so far, he has done well to deceive the public as to his true character with empty apologies and pre-planned responses,’ he says.

‘If he did win the show, it would project his reputation and translucent celebrity status in the right direction for club-night guest appearances and DJ slots in Wetherspoons but do little for West Suffolk residents.

‘With the sycophantic publication of his book, he’s already taken the first step into the political afterlife of speaking opportunities and deck chairs.

‘Hancock’s appearance in the jungle has regained the public’s trust in him as human, but not enough to heal the reputational wounds as a competent, principled political leader.’

With all that in mind, let’s have a look into what Hancock’s television career could look like after I’m A Celebrity.

Will Matt Hancock be all over our television screens after I’m A Celebrity?

Is this only the beginning of Hancock’s career in television? (Picture: ITV)

Don’t forget, we haven’t actually seen the last of him yet as he’s …read more

Winter is prime time for mouldy garden furniture (Picture: Getty Images) Rainy weather, moist air and a lack of sunlight are ripe grounds for black mould to develop, even outside. If you don’t keep on top of it, mould can build up all of your garden furniture and on your walls and patios in winter.  […]

Cars abandoned in floods and trains cancelled due to heavy downpours

Cars floated over the A27 amid horrific rain (Picture: UkNewsinPictures) To view this video please enable JavaScript, and consider upgrading to a web browser that supports HTML5 video Motorists have been warned to stay off the roads after cars became submerged in flood water overnight. Heavy rain wreaked havoc across much of the country, with […]

Seann opened up about his upbringing (Picture: ITV/Shutterstock) I’m A Celebrity… Get Me Out of Here! star Seann Walsh has emotionally opened up about his relationship with his heroin-addict dad, saying he’s always struggled having structure in his life. The 36-year-old entered the jungle late alongside former health secretary Matt Hancock, shortly after Love Island’s […]