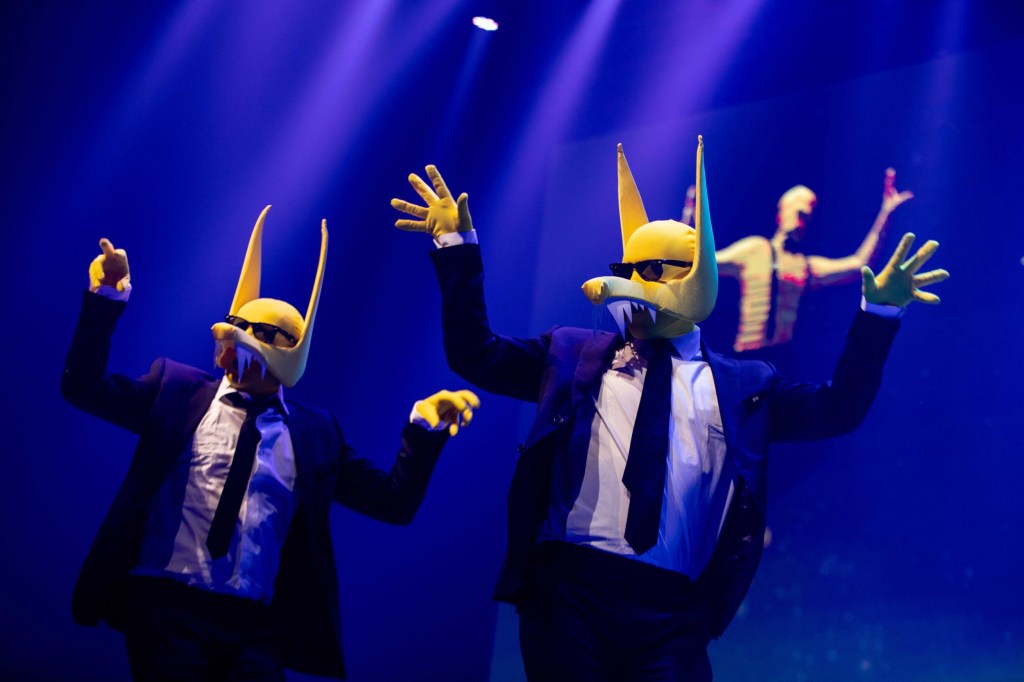 Subwoolfer will perform at the Eurovision 2022 grand final (Picture: Paul Bergin via EPA)

The Eurovision 2022 grand final is almost upon us, promising to be packed full of the usual weird and wacky acts we’re used to seeing at the song contest.

Norway’s act Subwoolfer will perform at Saturday night’s grand spectacle in Turin after passing through the semi-finals earlier this week, going up against favourites-to-win Ukraine‘s Kalush Orchestra.

Subwoolfer will be joined by their Nordic neighbours Sweden and Finland after making it to the final 10 on Thursday night. UK entry Sam Ryder is also set to do well this year, in contrast to the country’s ‘nil points’ at last year’s contest.

But who are the duo and what song will they perform at the grand final? Here is everything you need to know.

The Norweigan pop duo only formed last year but have been elevated to Eurovision due to their astronomic rise to popularity after winning the Melodi Grand Prix 2022 – Norway’s competition to decide the country’s Eurovision entry.

The two performers – who go by pseudonyms Keith and Jim and claim to have been formed ‘4.5 billion years ago on the Moon’ – wear black suits with white shirts, plus a distinctive yellow wolf head masks, yellow gloves and ties. The pair’s true identity, however, remains a mystery.

Speculation has mounted over who they could be, with many suggesting one of the duo could be Ben Adams from British-Norwegian boy band A1.

Subwoolfer have proved a hit a Eurovision 2022 (Picture: Yara Nardi via Reuters)

What is Subwoofler’s Eurovision 2022 song?

The pair will perform their hit song ‘Give That Wolf A Banana’ after its success at the Melodi competition.

The single, co-produced with Texan musician DJ Astronaut, peaked at number four in the Norwegian charts.

The song is performed in typical Eurovision style, with an array of flashing light displays and dancers in colourful outfits, spread across a large lit stage in Turin, Italy.

You can watch their semi-final performance below.

Norway is unlikely to win but is safely in the top 10 with most bookmakers, according to eurovisionworld.com.

MORE : Why is Australia in the Eurovision Song Contest?

MORE : Eurovision 2022: Huge blow for Ireland as Brooke Scullion crashes out of contest at last hurdle in semi-finals

The couple have been together for five years (Picture: David Livingston/Getty Images) Obi-Wan Kenobi star Ewan McGregor has revealed Star Wars runs in the family, after confirming his wife Mary Elizabeth Winstead has joined upcoming series Ahsoka. In just over a week, Ewan will make his highly-anticipated return as Jedi Master Kenobi in his eponymous […]

When are Prince Charles and Camilla on EastEnders and how to watch?

Russ Kellett, 58, is warning people about the intergalactic war in case they get abducted (Picture: Mercury/Getty) Are you ever bored with how mundane life can be? Wake up, drink coffee, squish yourself into a stranger’s armpit to get to work before writing emails all day – only to do the same thing again and […]