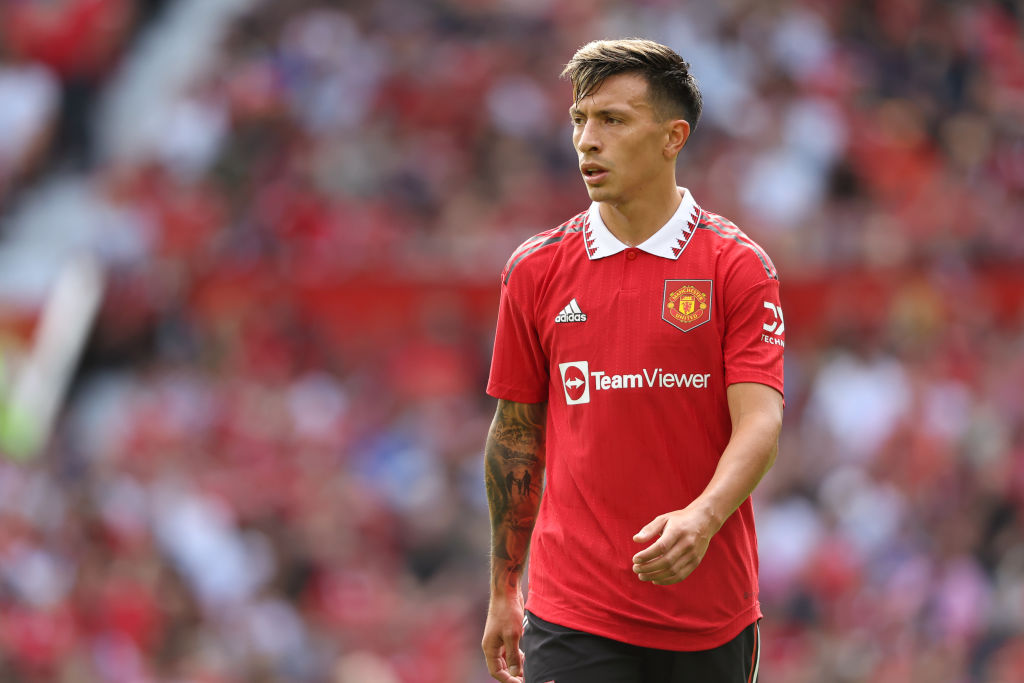 Erik ten Hag has opted to pair Harry Maguire and Lisandro Martinez in central defence for Manchester United’s Premier League opener against Brighton on Sunday, according to reports.

Martinez is the most expensive out of the trio having arrived in a £56.7 million deal from Ajax but the Argentina international is capable of playing in multiple positons.

However, AS report that Ten Hag has opted to start Martinez alongside captain Maguire for the game against Brighton, while Raphael Varane will be named as a substitute.

The report claims that Ten Hag has been working with the same starting XI in training this week, which included Martinez alongside Maguire.

Raphael Varane is starting on the bench for Manchester United’s clash with Brighton, according to reports (Getty)

When asked about the availability of Martinez and Eriksen for the game against Brighton, Ten Hag said on Friday: ‘We need competition in the squad, but also we are going into a long season with a lot of games.

‘We need a lot of good players. They are fit enough to start.’

Ten Hag also insists he is ready to select Cristiano Ronaldo with Anthony Martial ruled out of the game due to a hamstring injury.

‘I am really happy he is here,’ said Ten Hag.

‘We have a top striker. We stick to the plan.’

The Diocese of Durham has launched an investigation into the mistake (Picture: North News & Pictures Ltd) The body of a father who was buried in the wrong grave has been laid to rest in the correct spot after almost two decades. Thomas Bell was buried in the cemetery at Holy Trinity Church in Wingate, […]