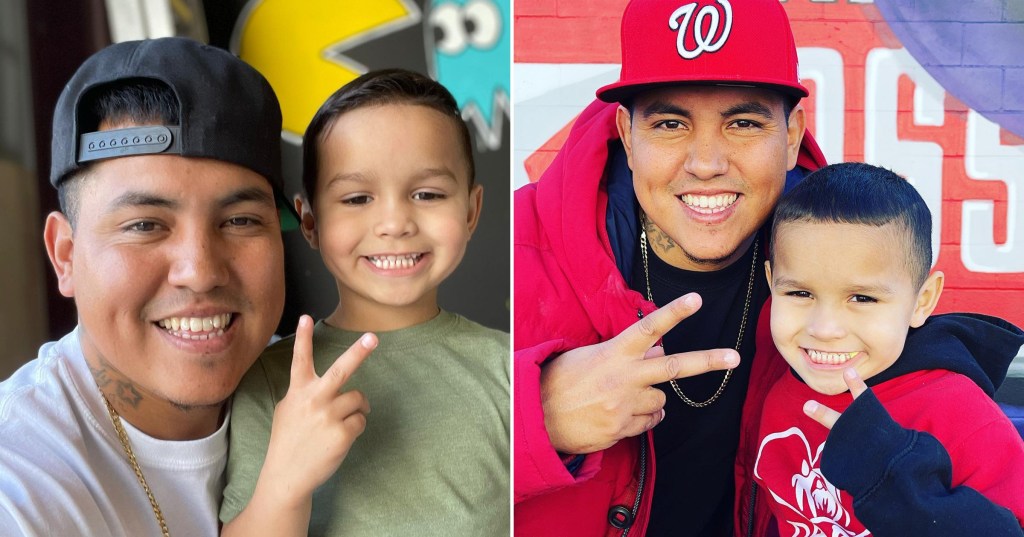 Randy Gonzalez, best known as TikTok star Enkyboys, has died at the age of 35 according to reports.

The content creator rose to prominence while documenting his battle with colon cancer in recent months.

In April 2022, Gonzalez revealed that he had been diagnosed with the disease six months prior, and was told he had between two to three years to live.

He added that chemotherapy treatment could extend his life by five years.

However, TMZ has reported that Gonzalez died in a hospice on Wednesday morning.

Paying tribute to the cancer campaigner, talk show host George Lopez wrote in an Instagram post: ‘My sincerest condolences to Brice and the entire Gonzalez family. The love and the bond Randy had for his son and his family was undeniable, you can see it in every video.

‘He will be missed, but never forgotten. My heart goes out to the entire family. Dios te bendiga.’

Comedian Loni Love commented: ‘Thank you George for giving Brice a part on your show.. that made Randy so proud… he was such a ray of light and will be missed. Condolences to his family.’

Gonzalez shared videos under the TikTok account Enkyboys, a double act with his six-year-old son Brice with the pair raising awareness about colon cancer.

Last year, the TikTok star created a GoFundMe page to raise money for his treatments after being denied care at the University of Texas cancer centre, as they did not accept his insurance.

He posted his most recent health update in December, telling his followers in a video: ‘It’s going good. Except I have to change my chemo because it’s not working right now, but I do feel good.’

He added: ‘I’m just happy that we’re back in Texas with the family.’

If you or someone you care about has been diagnosed with cancer, Macmillan can offer support and information.

The Duke went on a whirlwind promotional tour ahead of his book’s release (Picture: Getty Images) Prince Harry was reportedly very close to making his Saturday Night Live (SNL) in the lead-up to his memoir Spare. Last month, the Duke, 38, embarked on a promotional tour in the UK and across the pond, while promoting […]

Rachel Stevens marks ‘new beginning’ as she moves out of family home, six months after splitting from husband

Rachel Stevens and Alex Bourne split last summer (Picture: Eamonn McCormack/Getty Images) It’s been all change for Rachel Stevens, as the singer has started a new chapter in her life, following her split from her husband. The S Club 7 star announced in July last year that she and Alex Bourne had parted ways, one […]